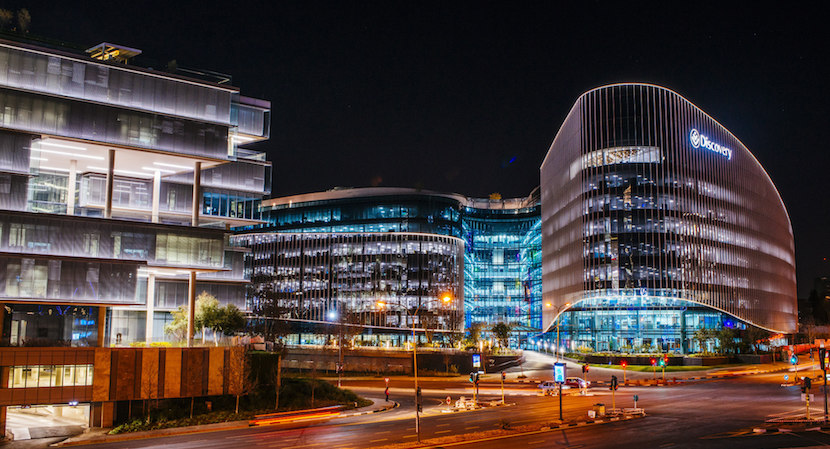 Johannesburg-based Discovery saw its shares fall as much as 9.1% after the insurer said it will “withhold dividends and contribute additional capital for its investment in China’s Ping An Health Insurance.” Discovery has not paid a dividend since the onset of the Covid-19 pandemic. Bloomberg reports that this decline in the share price is the most since March of 2020, noting that the “stock has fallen about 21% this year, the only decline in the five-member FTSE/JSE Life Insurance Index.” While other insurance companies, like Old Mutual, have opted to pay an interim dividend, Discovery is choosing to “bolster reserves to cope with further fallout” from the Covid-19 pandemic. A 7% increase in normalised profit from operations (R6.5 bn) was recorded. Discovery Bank, however, reported a loss of R1.1 bn. – Jarryd Neves

(Bloomberg) – Discovery Ltd.’s shares slid the most since the height of the pandemic last year after the South African insurer said it will withhold dividends and contribute additional capital for its investment in China’s Ping An Health Insurance.

The Johannesburg-based company said Thursday it will refrain from returning money to shareholders after not paying a dividend since the global health emergency. It blamed “the uncertain and potentially volatile economic environment caused by the Covid-19 pandemic.”

The news sent Discovery shares down as much as 9.1% in Johannesburg, the most since March 2020. The stock has fallen about 21% this year, the only decline in the five-member FTSE/JSE Life Insurance Index. 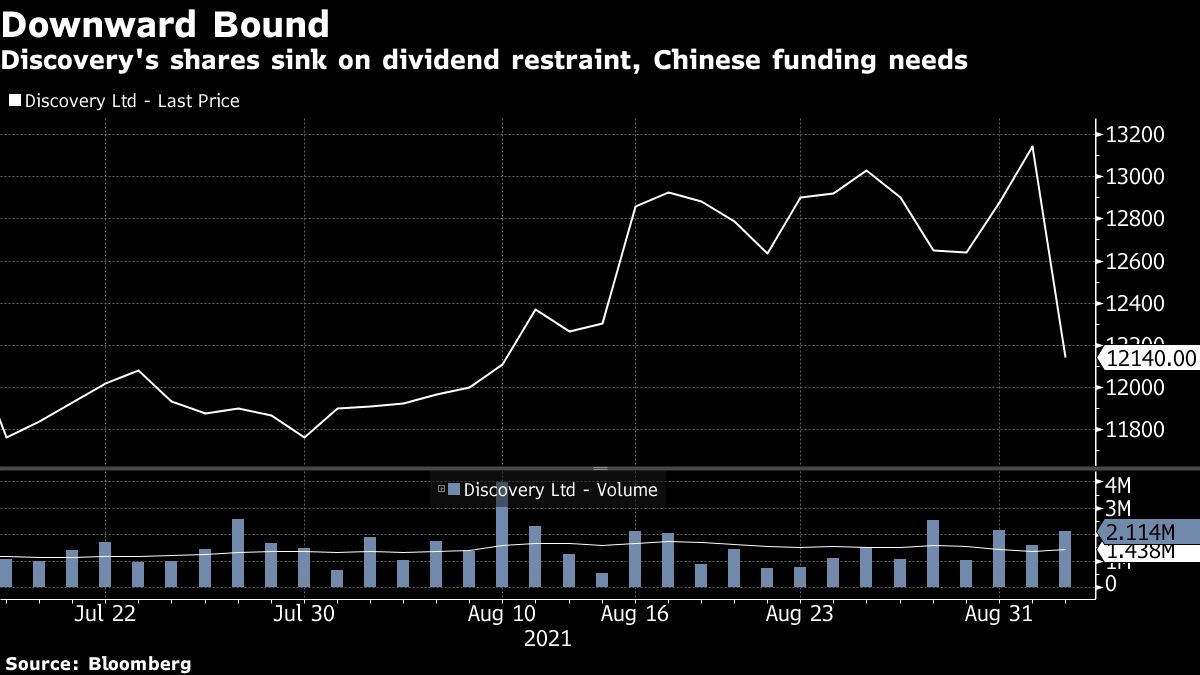 South Africa’s economy is battling its longest economic downturn since World War II after its virus outbreak has turned out to be about five times more severe than in the UK, where Discovery also has subsidiaries.

Unlike peers such as Old Mutual Ltd., which this week said it will pay an interim dividend, Discovery is opting to bolster reserves to cope with further fallout from the pandemic.

The insurer reported a 7% increase in normalised profit from operations of R6.5 billion ($453.4 million) for the year ending in June, as it grew new business income and held onto clients. One of its newer ventures, Discovery Bank, reported a loss of R1.1 billion.

Discovery also said that China’s Ping An Health Insurance, in which it holds a 25% stake, requires additional capital of about R6 billion to meet regulatory requirements as the company expands its offering. South Africa’s largest medical-scheme administrator expects to make a contribution of approximately R1.5 billion, it said in a statement.

“Discovery is committed to its investment in PAH and its intention is to follow its rights in this regard,” the Johannesburg-based insurer said. It’s previously funded such investments through equity rather than debt and may may consider raising equity capital that’s ring-fenced for Ping An, it said.

China is expected to further boost health-care expenditure as its population grows more affluent and older, Discovery said. The investment abroad would give Discovery further protection from economic turmoil in its home market.

Still, the timing of the potential equity raise is poor, according to Warwick Bam, head of research at Avior Capital Markets.

“It’s a bad time to raise cash,” he said. “There are also concerns around Chinese regulation that add to the risk.”