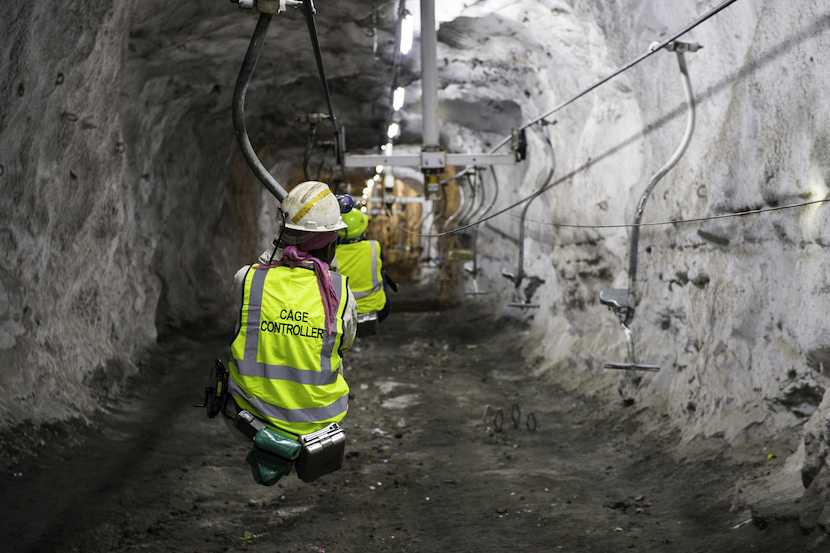 Mergence Corporate Solutions mining director Peter Major shared his insight on the broad commodity rally over the festive period. Major – who is neither bullish nor bearish on commodities in 2022 – says that despite elevated prices across the board, mining companies are trading at relatively cheap historic multiples, making him neutral on resources going into 2022. Major comments on Impala’s proposed takeover of Royal Bafokeng Platinum, with the mid-tier mining subject to a bidding war between of the JSE’s precious metals juggernauts: Impala and Northam Platinum. – Justin Rowe-Roberts

Peter Major on the commodity rally over the festive period:

I think there’s a lot of reasons commodities have held up. The first is the virus. The second reason is world growth. The third is that it is expensive and takes time and money to start a new mine. If you look at copper, aluminium, platinum and gold production; in the last five years, most of these commodities have not increased their production at all because it’ takes long and is so expensive to do so. Yes, we’ve been in a super-cycle for about 15 years, but there were some good dips in those 15 years that always frightened people into getting too extended. So, we’ve been hearing and saying for quite a while now, this is the best discipline we have seen mining companies utilise and maintain in probably 50 years. A lot of recent deals and maybe the last three or four months, we said this is top of the cycle-type spending. Yes, it is. I believe it is top of the cycle spending but notice they are not spending on new mines. They’re buying existing mines, existing projects, probably paying way too much because no one has a certainty – wherever they are – that the money they put into the ground and building a new mine is going to give returns in even 10 years, let alone five years. Those are the reasons I believe are most important why these companies have held up. The demand is there, especially the shift to green energy. There hasn’t been a supply response and Covid-19 has caused lots of bottlenecks. All of a sudden, people cannot get stocks. They are panicking and trying to buy more than they need just to get it. So, I think we are going to have decent commodity prices rise this year, even with the US gradually increasing its interest rates.

On whether he expects more corporation action in the sector in 2022:

Yeah, I am. It is important to realise there’s a cause and effect here that doesn’t really bear linking. At the top of the cycle, you will see companies that are flush with cash. They’ve paid off all their debt but they hate giving money back to shareholders. Then they start spending it. In previous times, they would spend it themselves and that money was definitely lost. They would spend some on acquisitions. This time they seem to be spending a lot more of that extra cash on acquisitions. They are too afraid of getting bogged down in projects like some of these copper mines and gold mines to get frozen. So, just because you’re spending at the top, it doesn’t mean the cycle is now going to turn down because of your spending. It’s going to turn down regardless of your spending. It is going to turn down because there’s just not the demand or too much supply. It is always a sign that people have too much money when they are paying prices for assets we never thought we would see. All these companies are cash flush. They’re more than cash flush. They have excess cash. I wish they would give back more as dividends but it just doesn’t seem to be the way they work. I can see them wanting to spend it on their own greenfield brownfield project. But gee, when I see companies buy something at the top and pay what most people think is a high price, that is hard to justify. I wish it didn’t happen.

On what the consolidated Royal Bafokeng Platinum looks like:

The most likely outcome, I believe, is going to be some kind of gridlock. And these are two very well-run companies; intelligent, experienced, tough, sharp managers. I cannot see either of them wanting to be in gridlock for too long. I think they will have to be in it for a while. So far, Impala can mop up shares at a much lower price than Northam. Well, I say a lot … maybe 20% cheaper. That’s significant because they are paying a fairly high price at R150 per share. Neither is in a rush to talk to the other and they’re going to keep mopping up shares. They are going to see what the metal prices do for the next couple of months; what the big shareholders like PIC and IDC have to say. They want to see what everybody is asking for. Those players obviously want to get the most they can out of this, but you cannot change the fact that this is a much more attractive asset for Impala.