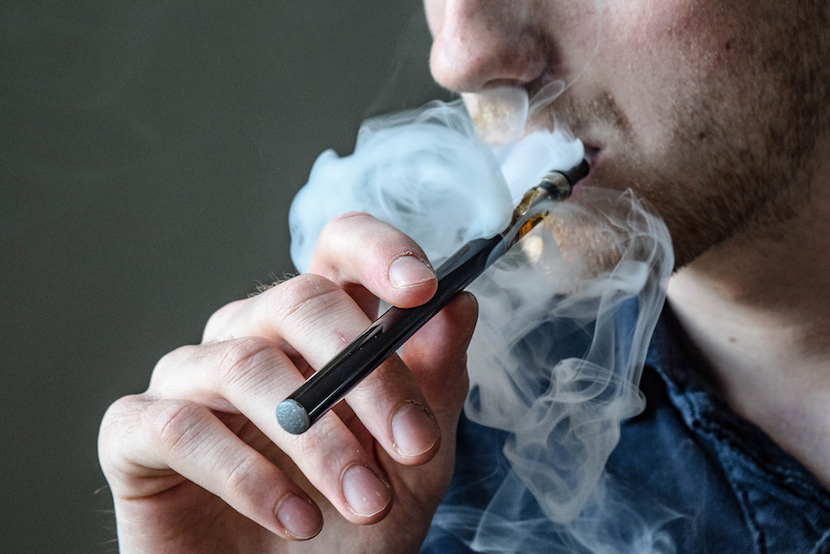 The introduction of a tax on heated tobacco products at 25% less than combustible tobacco over the past two years gives a small nod to harm reduction but is really aimed at reducing overall nicotine consumption.

Interviewed a week after this year’s budget, SA Treasury’s Chief Director for Economic Tax Analysis, Chris Axelson, told Medical Brief that a flat tax rate on electronic nicotine delivery systems (ENDS) – based on the amount of liquid they contain –has been agreed upon in principle. This will be regardless of whether the ENDS contains nicotine or a non-nicotine liquid. While having a nicotine content baseline was an attractive policy idea, “it just gets incredibly complicated to enforce”.

“There’s a lot of noise out there. It drew heated discussion and input from the tobacco industry, health groups and international tobacco harm-reduction groups.

Axelson says that while not a done deal, it was, at least a start, “so we can get the administration running with the revenue service”. His department would be submitting draft legislation to parliament, which would then come under Standing Committee on Finance scrutiny before the president promulgated a bill, “hopefully effective” by January 2023.

The overall intent was to include products similar to combustible tobacco in the tax net.

“It’s quite clear that some [ENDS] have large amounts of nicotine in those liquids and are similar to other activities that cause harm. We also have concerns that they could be a gateway to smoking while causing potential harm. The tobacco industry talks about how they’re trying to wean people off combustibles. There’s a lot of mixed research out there and we’re worried about the impacts. We do need to broaden the scope of products within the tax net. It’s also a signal from government that you need to be careful with these products, especially when it comes to children. You have all these flavours like blueberry and candy, while the design logos are targeted at teenagers,” he says.

Axelson explains that there was currently no tax regime for these products and the intention was to try and reduce their consumption and induce caution at their use.

Medical Brief asked Axelson about Snus, a steam-pasteurised oral smokeless product that has almost totally displaced combustible tobacco in Sweden and Norway, rendering their populations far healthier than other European nations. He was unaware of any taxation intent for it in SA at present, “but we’ll have to check the scope before we do the legislation”.

He adds; “So, we do recognise that if there’s a lesser harm, the tax should be lower but this has been called into question by some organisations and international institutions. The World Health Organisation (WHO) has given some very good guidance, as have some other countries. Policy is a very difficult thing; we’re trying to work out the best approach and have consulted widely. The legislation should help sort things out.”

Dr Kgosi Letlape, president of the African Harm Reduction Alliance, welcomed the lesser taxation of harm-reduction tobacco products but said the taxation difference should be far greater to enable lower-income users – by far the majority of smokers – to switch.

“The tax needs to make these products accessible and affordable. At present, they’re on average priced the same as cigarettes, which does very few people any good,” Letlape says.

Letlape, who founded the Africa Medical Association (AMA) in 2006 and is the former chairman of the South African Medical Association (SAMA), and past president of the World Medical Association (WMA), believes the tax needed to be proportionate to the risk. “It’s better than nothing, but it’s still too high. I agree with the principle of a simple taxation formula. You don’t want to tax at one percent per milligram. That’s too complex. The simpler the better.”

There was a complex array of ENDS and vaping devices – some with cartridges, some disposable, some rechargeable – making a pragmatic nicotine content taxation policy almost impossible, he concedes.

Letlape hit out at the national health department (NDOH), saying it blindly followed the WHO by equating harm-reduction products with combustible tobacco, which harm-reduction advocates globally consider inappropriate and outdated. The NDOH needed to punt Snus and fund what would be a hugely cost-effective and harm-reducing national campaign to switch ubiquitous traditional snuff users to this chewable tobacco.

“Our biggest problem is with the health department. Treasury just wants to ensure they don’t lose revenue. If they’re getting excise tax from combustible tobacco and we’re converting people to non-combustibles, they’ll potentially lose out. In the United States, they’re taxing non-combustibles at a much higher rate than combustibles but then they’re outright anti-harm reduction, which makes it enormously difficult,” he says. Letlape believes the major stumbling block to be the WHO, which he claims is being funded by the globally influential Broomberg conglomerate.

A key Medical Brief source in Treasury said that worldwide, Covid-19 had severely jeopardised health budgets, with a World Bank study of 50 countries showing many, including South Africa, to be in a debilitated state.

“In this context, it’s a good time to push excise taxes. We’ve never recommended bans such as happened with alcohol and tobacco during our initial lockdown and curfews, in spite of the Medical Research Council’s findings of reduced pressure on hospital trauma units. Prohibition in a modern democracy is not the right tool. The right tool to prevent harmful externalities is to get the tax to the right level,” he stresses.

Pressed on the fiercely debated NHI, he reveals very little work has been done over the past five years because Dr Nicholas Crisp, the current deputy DG responsible, was both acting NDOH director general and caught up with running the fast-shifting anti-Covid-19 campaign.

“There’s been significant underspending on NHI grants and it needs to pick up steam. We can’t allocate budgets if that steam is not there yet. They themselves [the NDOH] have been underspending on NHI and asked us to spend the money elsewhere, like the shift to interns,” he confides.