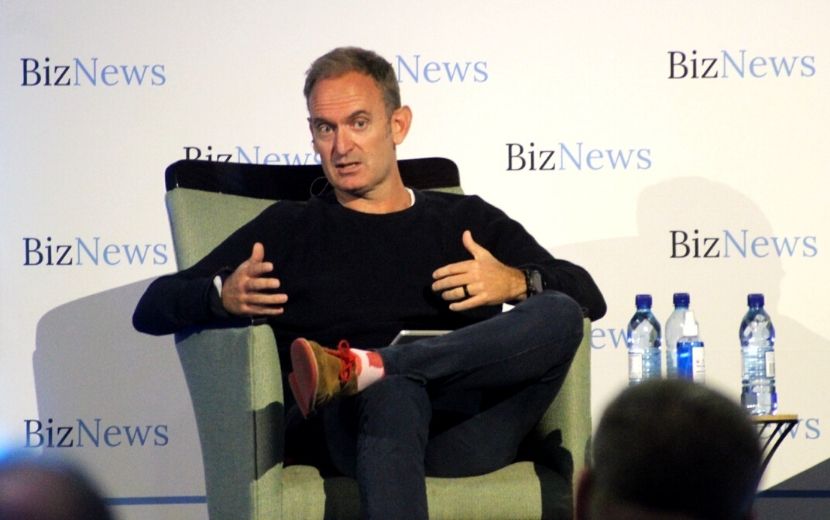 Purple Capital, the controlling shareholder of EasyEquities, became a firm favourite among BizNews community members after CEO Charles Savage delivered an impressive keynote at BNC#1. At that time, the shares were easy to accumulate at 80c each. Little more than a year later, they traded at over three times that price. Even so, it’s unlikely many of the BizNews tribe would consider taking profits. Especially so after reflecting on this podcast where Savage unpacks interim results released today and shares his excitement about an ever-sharper acceleration in the months ahead: five new disruptive financial products are being offered to the continuously expanding base of now 750,000 active clients (target is 4.5 million in SA); launches in Kenya and the Philippines; and rolling out of needle-moving partnerships with Discovery Bank and Telkom. Little wonder SA’s ‘investment democratiser’ keeps accumulating fans.

That’s at a funded account level, which means if you’ve got two accounts, you would be counted twice there because obviously, TFSA ZA are USD and Aussie accounts. On average, people have about 1.2 accounts, so there are about 750,000 unique investors. As you rightly noted, the magic is in the acquisition cost and the fact that we keep accelerating our growth but reducing our cost of acquisition first point. The second one is we are not only reducing our cost of acquisition, but we are also substantially reducing our cost of servicing this customer base, which means we’re getting more leverage over our cost base. This is going to give us a higher margin in terms of the profits we will make from this customer base in the future.

On projecting the 10X rule in business

That is how these exponential companies are built. The infrastructure has to scale and the only way you can tell they’re scaling is that the costs are coming down. The one point that doesn’t necessarily [translate] well in the results – which I would like to get across – is that 80% of the customers arrived in the last two years and they are at their lowest economic value to us right now. If you think about a customer who arrived seven years ago when we started, their economic value is 10x what they were seven years ago because they add assets every single year and the market gives them a natural return. So, the income statement is sort of crowded out by the recency of when our customers arrived. If people look through these numbers and focus on the assets and the customers that are arriving, the cost of servicing those customers and the cost of acquisition of those customers and then project a business that can be ten times itself over seven years by just [retaining] its customers.

Kenya is probably the fintech capital of Africa. If you look at the success it has had with payment wallets: Safaricom, M-Pesa, etc. We have been putting down partnerships there for two years. Covid-19 intervened and stopped us from launching. I am going to be in Kenya in the first week of April. I can’t wait to get there and kind of solidify our partnerships and get real about when we are going to launch; it will be this year in Kenya. So, I am very excited about the market opportunity and [believe] we will run our African strategy out of Kenya. We are too far away from Africa here on the southern tip. And then the Philippines was opportunistic. It was an opportunity that was brought to me and I looked at it very closely. One hundred and ten million people, no competitors in the marketplace, scaled fanatics in the payment space, the equivalent of Aleppo’s. I’ve just come back from a week there, blown away by the market opportunity. We will literally be on the ground and set up by 1 July. That’s how excited we are about the market opportunities presented there. So, two new emerging markets in which to prove ourselves. We have still got Australia. Again, Covid-19 has given us lots of excuses about why we haven’t done more in Australia but those excuses have to disappear now. Covid-19 is clearing and we’ll get to building a business in Australia as well. There are lots of irons in the fire in terms of new geographic regions. And the last point is that new products come in fast. We will launch our life insurance product in the next quarter; we will launch Easy Crypto Version 2, which is a dedicated platform for crypto assets that live outside of EasyEquities, but will be available to our community; and then a credit facility against your shares so you can borrow money and buy more shares or, alternatively, buy assets like deposits on houses or cars, etc. We don’t want you to sell your shares to go and buy other assets.

On lending against equities

Competitors who give leverage or gearing tend to give it 300%, 400%. We are giving less than 30% loan to value. It is a very low cost of lending. The reason we’ve built it like that is to ensure it’s not for speculators. What we are seeing is customers who have built assets with us from the age of, let’s say, 20 to 35, are now wanting to take a deposit on a car or a house or an education product for their kids. They selling their productive assets to do that, and we don’t think it’s the appropriate thing to do. If they can use their portfolios to buy a deposit on a house, we should lend them the money at a very low cost of capital to help them build wealth by giving them a low cost of capital to buy assets that gives them a higher yield than the interest cost of that capital.