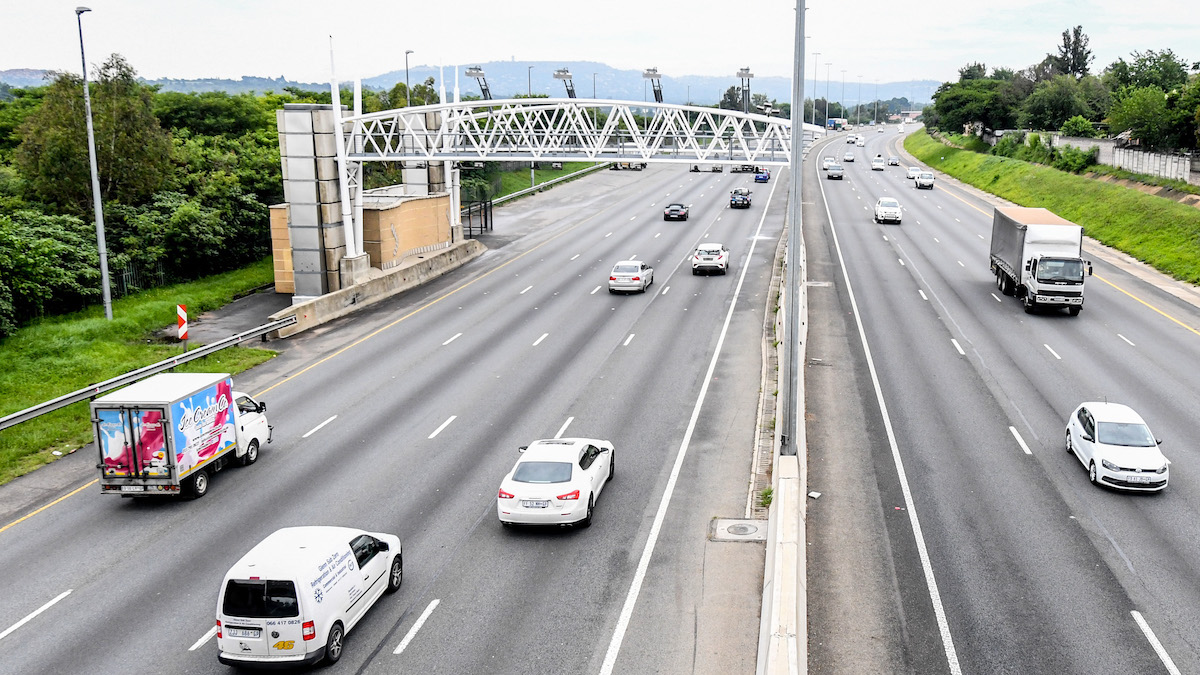 Transport Minister Fikile Mbalula says cabinet will announce its decision on the future of e-tolls as a funding mechanism for Gauteng freeways in October this year. However, Organisation Undoing Tax Abuse (OUTA) chief executive Wayne Duvenage tells BizNews it has heard these sorts of commitments for years. Mbalula told a press conference last week that one funding option on the table was to increase the fuel levy in Gauteng, but in light of the skyrocketing fuel prices and the increasing burden on consumers, this was no longer an option. Duvenage says, “They’ve already allocated funds via Treasury to Sanral to offset these Gauteng Freeway Improvement bonds to the tune of over R14bn in the last six years. So, they’ve been practising that mechanism of financing for some time now.” Electronic toll collection, known as e-tolls, is wildly unpopular and the vast majority of motorists have refused to pay. Duvenage believes the highest payment compliance rate Sanral was able to achieve was 40% in June 2014. It is widely acknowledged that compliance rates of over 90% are required for the funding model to be feasible. – Michael Appel

Look how many times we’ve heard the Minister tell us that the e-toll matter has been decided on or will be decided on and announced shortly. This has been going on for several years now and to hear it once again is extremely frustrating because this matter has dragged on for far too long and we know the answer. They know the answer. They have to undo this decision on the Gauteng freeway network and find alternatives to the funding which have been provided to them for many years now by OUTA and other critics. And yet they cannot make this decision.

On Mbalula’s statement regarding Cabinet’s decisions around e-tolls

It would indicate that they haven’t made a decision other than the decision is to end the collection of e-tolls to fund the Gauteng freeway improvement bonds, because we heard very clearly from that statement and other indications that they wanted to finance these bonds through another increase in the fuel levy. And it would seem that that horse has bolted. They cannot do that amidst these rising prices and the whole fuel levy, a mess that’s actually happening right now because they have reduced the fuel levy. So even though temporarily, it would seem that they’re going to have to switch to the option, which is what we’ve been indicating for some time; and that is this freeway upgrade needs to be funded through allocations from Treasury and that any decision to increase the fuel levy any further is just not going to happen at this time.

At that time it was R0.10 to the fuel levy and they would have been able to settle those bonds by now. To come a decade later and make this suggestion – that amount is probably three times the price if they wanted to do it R0.30 and more. However, they have increased the fuel levy by over R2, in fact, it is R2.07 since 2012. So they’ve got the money, as far as we’re concerned. It’s now R3.85. so they do have the funds. And they’ve already been allocating funds via Treasury allocations to SANRAL to offset these Gauteng freeway improvement bonds to the tune of over R14bn in the last six years. So they’ve been practising that mechanism of finance for some time now. To now come and try and increase the fuel levy at this late stage is just unacceptable.

On the compliance rate needed for e-tolls

It reached 40% in June 2014. This was after six months of operating, but this was also after a very coercive campaign threatening motorists that they would not be able to renew their licences, that they’d get criminal records and be summonsed to pay, and get blacklisted and so forth. So even under that coercive approach, they couldn’t get past the 40% mark. These schemes do need 90% plus to survive. Many of them fail around the world as a result of the lack of compliance and buy-in by civil society, for which the scheme had the hallmarks right from the outset. It was always doomed to fail, but for some reason, government just really couldn’t see what we could see, what our research was showing. And here we sit today, you know, languishing at about 15% compliance, mainly government departments and a few fleet industry organisations who just continue to keep the scheme on life support, really.

Duvenage’s message to those paying e-tolls

Your money is best in your bank account rather than in SANRAL’s or ETC’s. The scheme has failed. They have continuously pushed out the renewal process on the tenders. It is an absolute mess. SANRAL themselves have acknowledged that they cannot continue with e-tolling anywhere else in the country, that the scheme is dead and nobody is being summonsed, no one is being blacklisted. There is no negative consequence if you stop paying today. In fact, most government departments aren’t even paying. So there is no threat to you and your organisation. And the quickest way to end this and help government make the decision is when the last few people that are paying stop paying, because then they would have to wind down the scheme faster.