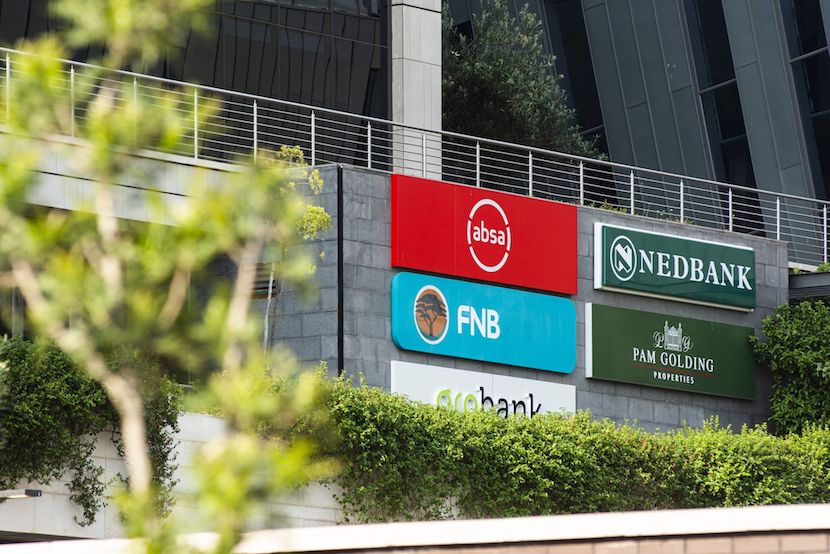 With the ANC likely be sent to the sidelines by an angry electorate in 2024, the smart money is seeking opportunities to profit from the economic rebound a business-friendly ruling coalition would give South Africa. In this podcast, Denker Capital director Kokkie Kooyman explains why long neglected banking shares would be among the biggest beneficiaries of this exciting prospect – and highlights a couple of names worth buying now. The globally respected banking sector investor speaks to BizNews’s Alec Hogg.

On the reasons financial advisors are nervous

I’m sure this will resonate with a lot of your listeners. It’s simply the price that falls. Funnily enough, when prices go up 30% nobody worries, or in the case of profitless tech it goes up 100% to 150%. They weren’t worried when they should be worried. And now bank stocks are actually down quite a bit, 30% to date globally. South African Bank shares have held fairly well, although they’re also down, I think 20% for the quarter. Then suddenly people read the headlines – recession coming, Fed is going to hike interest rates aggressively. That means bad debts and then they start getting worried and they say the problem is both on the upside when you have this excessive optimism and on the downside you get the pessimism; investors forget to look at the valuations. So, now if you look at the valuations like ABN Amro, I mean, I think it’s now trading at 0.4 times price to book. It’s a 60% discount to tangible net asset value and it’s a dividend yield of 6%.

On the return on capital you get on book value

So look, because earnings specifically in bank stocks and insurance stocks are very volatile – and we’ll come back to that just now – we tend to look at the book value of the banks and insurers. And we look at cheap or expensive relative to that book value. So, let’s say ABN Amro is trading at €40, that would mean at the moment its book value, in other words, what the business is worth per the audited financial statements. If you add all the assets together and you subtract the liabilities, then you get €100. So, you’re basically buying €100 worth €40 at the moment. As you know, in any asset, you can buy a cheap house at the moment, but if you can’t rent it out, then it doesn’t help to buy a cheap house. The same with banks and insurers. What we look at is the return on capital that you get on that book value. So ABN Amro’s return on capital has been about 6% which, by the way, in Europe is not that bad. And in Europe at the moment because of the low growth, they tend to pay almost all of that out in dividends. So, for what you buy, you get a dividend every year of 6% and that should grow. And at some stage when Europe starts growing – Europe is a slightly different story, but then all the guys are cutting costs and doing a lot of things – that return on capital will go up and as that goes up, then you should get closer to book value. JP Morgan, for instance, in that same example is trading at $100 and its price is about $100. It’s trading at one time but its return on capital is 11%, so you can see 11% versus ABN Amro is 4%. So, the higher the return on capital, the higher your price to book value goes. It’s like earnings, the higher the earnings go, the more investors will pay in terms of PE.

On Absa’s return on capital

FirstRand is such a fantastic, well-managed business. There is such a culture that was generated in the guys there and the way they do things, the way they think. So, FirstRand returns on capital of about 20% and there’s a high degree of certainty that they will deliver that for the next two years. So if you think back on how you think about investment, you want three things:  You want a good valuation, you want good growth, but you want a high degree of certainty and FirstRand, through their track record management, gives you that certainty. Capitec now trades at relative to its pass, cheaply, five times book. But for Capitec, you need an even bigger degree of certainty, which the market has, because it’s trading at double the valuation of FirstRand for almost the same return on capital. So the market is saying they’re going to grow that profit stream at that rate for much longer. Absa is trading at one time book and the current team have done a lot of work and they started that four, five years ago. When they did the big turnaround; did a lot of introspection, looked at where they lost market share and set in practice a new operating wage, new marketing strategies, and that’s coming through. The return on capital of Absa is coming through. So I agree, it’s also one of our biggest holdings, also FirstRand and then Investec. Investec’s team has really done well in turning the business around that was especially floundering in the UK.

On Absa, return on capital

Absa could be a good scenario if let’s say, our government comes up with a big plan and says, we’re going to do this and this and our GDP growth goes from 2% to 4%. Absa, just in that scenario, could go quite easily from one times book to 1.5, 1.6. Then as the environment improves, loan growth comes through, the return on capital could quite easily go to 20. That’s why most investors in South Africa have started adding Absa, trusting that management will do well. So, there’s a big responsibility on the board to make sure they keep that management team focused and incentivised to deliver the results.