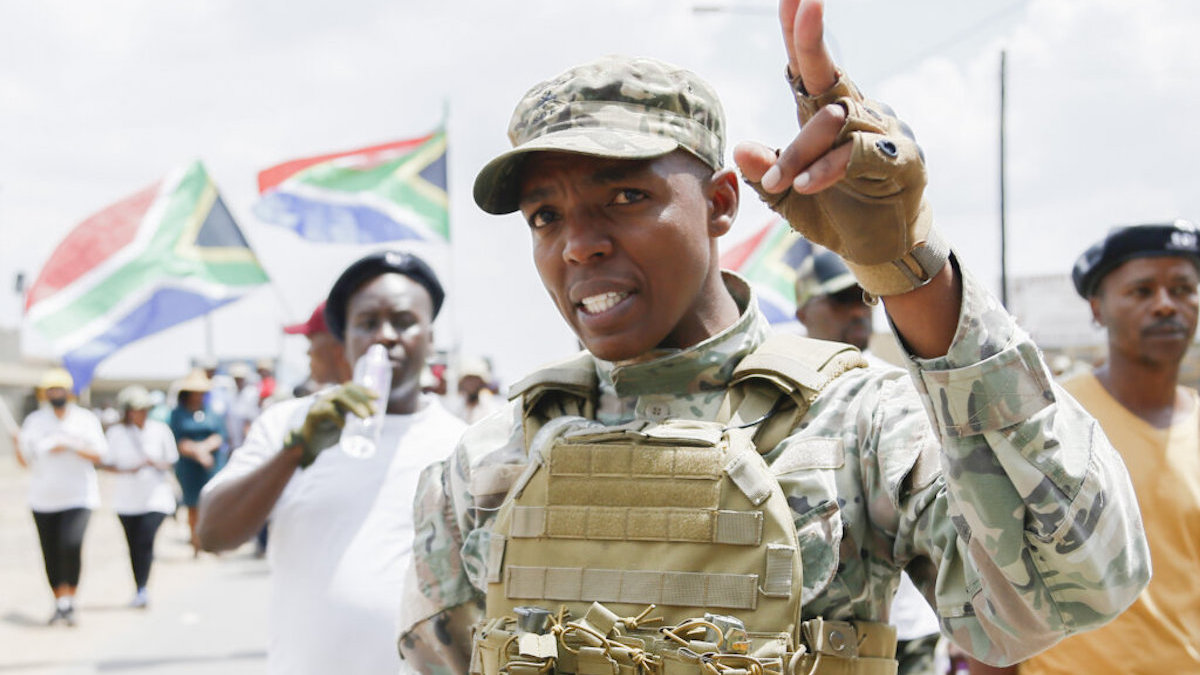 The UN is concerned that South Africa is reneging on its commitment to protect and promote human rights, while preventing racial and xenophobic discrimination against foreigners. It notes the escalating violence, racism and hate speech harming migrants, refugees, asylum-seekers and even citizens perceived as foreign, while perpetrators often protected by organisations like Operation Dudula enjoy widespread impunity for their xenophobic rhetoric and violence. Read about these worrying developments in the report below. – Sandra Laurence

UN experts have condemned reports of escalating violence against foreign nationals in South Africa and called for accountability against xenophobia, racism and hate speech harming migrants, refugees, asylum seekers and even citizens perceived as foreign throughout the country.

Recent reports indicate that xenophobic violence and discrimination have increased, including under the banner of “Operation Dudula”, originally a social media campaign that has become an umbrella for mobilisation of violent protests, vigilante violence, arson targeting migrant-owned homes and businesses, and even the murder of foreign nationals.

The experts warned that the ongoing xenophobic mobilisation was broader and deeper, and has become the central campaign strategy for some political parties in the country. “Anti-migrant discourse from senior government officials has fanned the flames of violence, and government actors have failed to prevent further violence or hold perpetrators accountable,” they said.

“Without urgent action from the government of South Africa to curb the scapegoating of migrants and refugees, and the widespread violence and intimidation against these groups, we are deeply concerned that the country is on the precipice of explosive violence,” the experts said.

The experts also expressed concern over reports that widespread corruption in the South African asylum and migration systems compound these dangerous problems. “The cost in human dignity and lives, particularly in light of the past 30 years of xenophobic violence, remains widespread and deeply troubling,” the experts said.

“We are gravely concerned that South Africa is not meeting its positive obligations to protect and promote human rights while preventing racial and xenophobic discrimination,” they said.

“At the same time, perpetrators enjoy widespread impunity for xenophobic rhetoric and violence, leading to a lack of accountability for serious human rights violations and the flourishing of racist and xenophobic political platforms.”

The experts urged private and public actors to honour their commitments to human rights and racial justice, and take a firm stand against the racist and xenophobic violence which continues in South Africa.

The UN experts have been in official communication with the South African government to address these allegations and clarify its obligations under international law.