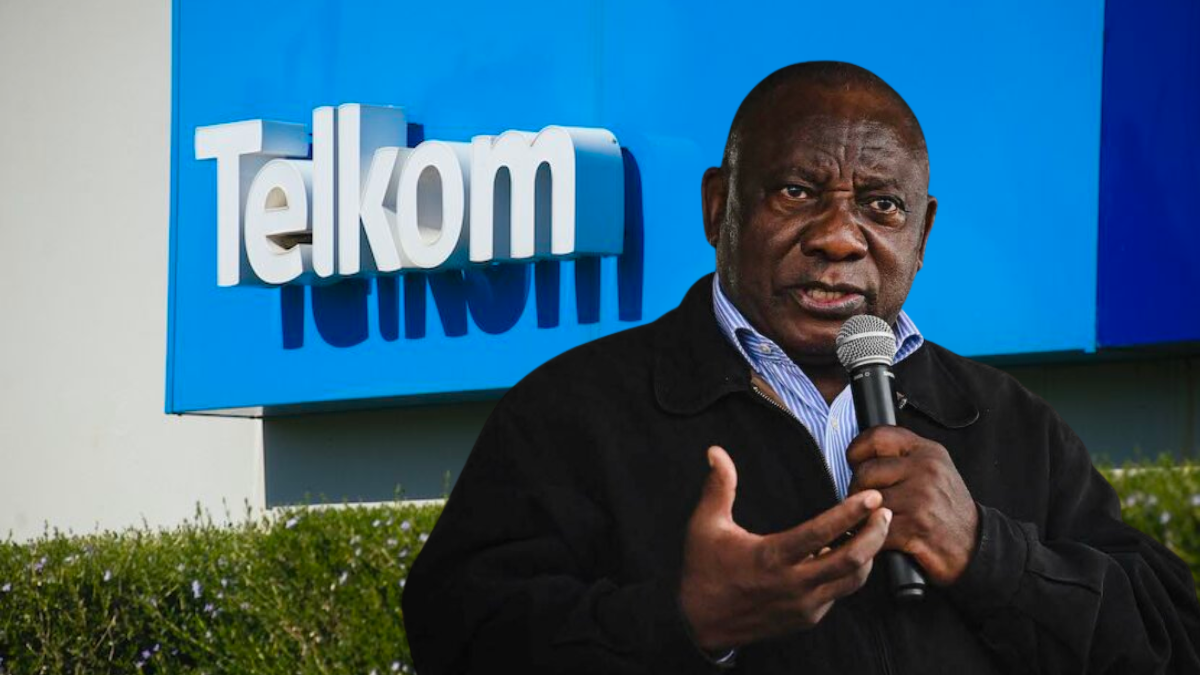 Telkom has launched a multi-part application in the Pretoria High Court against Cyril Ramaphosa after the South African president sent the Special Investigating Unit after them for alleged dodgy dealings. The telecommunications company – in which the state owns a large share of 40.5% – claims that the investigation is unconstitutional and invalid. The investigation looked into allegations of maladministration and misconduct as well as irregular expenditure. Telkom’s former CEO Sipho Maseko earned R34,199,625 for the nine months he served at the company in 2021. Telkom also spent large sums of money on consultants, including paying R200 million to a firm BizNews readers may be very familiar with: Bain and Company. BizNews’ Michael Appel spoke to Lord Peter Hain and Athol Williams regarding Bain, which you can watch here (Blacklist Bain, says Lord Hain). Read more in this article which first appeared on MyBroadband. – Ross Sinclair

Telkom has launched a multi-part application in the Pretoria High Court asking for President Cyril Ramaphosa’s order for the SIU to investigate suspicious deals at the company to be declared unconstitutional and invalid.

The court papers seek an interdict blocking the Special Investigating Unit (SIU) from proceeding with its investigation, and an order setting aside Ramaphosa’s proclamation. Ramaphosa issued the directive on 25 January 2022, ordering the SIU to investigate allegations of maladministration and misconduct at Telkom.

The president referred several dodgy deals to the anti-corruption watchdog, including Telkom’s sale of its Nigerian Multi-Links operation in 2011, and the disposal of iWayAfrica and Africa Online Mauritius in 2013. Late communications minister Roy Padayachie revealed in July 2011 that Telkom made a R7 billion loss on Multi-Links after it first acquired the business in March 2007.

He also directed the SIU to investigate allegations of unauthorised, irregular, or fruitless and wasteful expenditure relating to telex and telegram services. These advisory services may refer to the billions Telkom reportedly spent on consultants over the years, including a R200 million contract with Bain & Company, and a separate contract with consulting firm A.T. Kearney.

When questioned about these contracts at the time, Telkom defended them, saying it received value for its money. In its court papers, which MyBroadband has seen, Telkom argues that Ramaphosa acted outside his powers as Telkom is not a state institution under the SIU Act.

Telkom says it does not use public money, or control assets or public property. Government does have power over the company, which is why its official name is Telkom SA SOC Limited, with “SOC” an acronym for “state-owned company”.

The South African government owns 40.5% of Telkom, while another 14.8% is owned by the Public Investment Corporation (PIC), an entity closely linked to it. Telkom also argues that Ramaphosa didn’t provide the necessary particulars the SIU Act requires.

It also said the president violated the Promotion of Administrative Justice Act by failing to offer the company an opportunity to tell its side of the story before issuing the proclamation. Telkom laid the blame for the situation at the feet of Phutuma Networks executive chair and founder Edward Scott.

It said Scott was the catalyst for the SIU’s recommendation to Ramaphosa that Telkom should be investigated for matters dating back 15 years. The battle between Phutuma Networks and Telkom dates back to at least 2009 and involves the telegraph services (telex and telegram) Ramaphosa directed the SIU to investigate.

Telkom previously said that it had conducted its own investigation, which flagged possible cases of wrongdoing by two employees in one of these transactions. It was declared in terms of the Prevention and Combating of Corrupt Activities Act, Telkom said.

“Telkom issued civil summons against an employee with an eye to recovering losses amounting to $5 million relating to activities incidental to the transaction,” it added.

MyBroadband contacted Telkom and Scott for comment. Scott did not respond by the time of publication, and Telkom referred to its court papers.