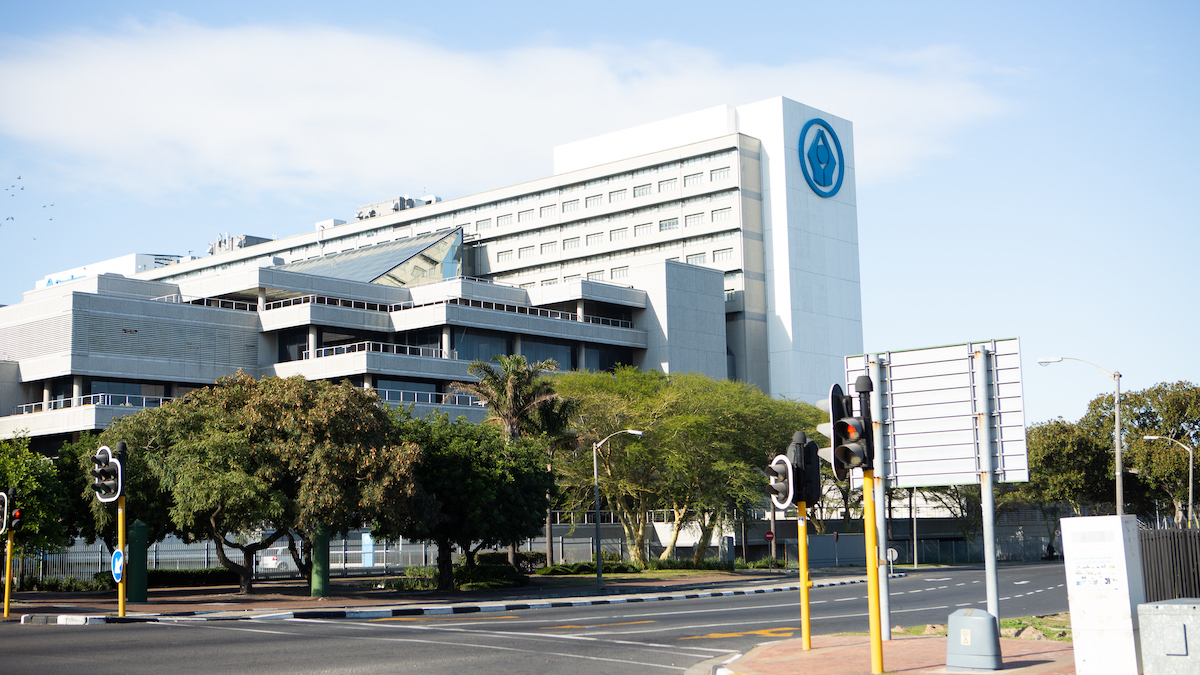 This interview was ostensibly to unpack Sanlam’s recently released interim results – and look at the way ahead for the company whose vision is to be the most admired financial services company in Africa. Both subjects were covered in some depth, but before getting there, Sanlam CEO Paul Hanratty shared how he feels about the lack of progress on his Koos Bekker-type remuneration package (less money, more upside on the share price) and spent time unpacking August’s headline-grabbing raid on life insurance offices by Competition Commission officials. And the critical aspect of public trust, on which companies like his live or die.

This has been one of the most difficult periods, I guess, in the company’s history: first Covid, which came out of the blue, and, no sooner had we recovered from that – and remember that for an insurance company it’s just about the worst set of circumstances you can get – and then we’ve got into an extraordinarily difficult macro environment globally with markets, with interest rates, with inflation. These are some of the things that have the most profound effect on an insurance and asset management business. So it’s been very difficult. And on top of that, you’ve got the floods in KZN. But the thing to remember about any business, and the share market, is it’s a long-term business. And we really are setting about building a platform at Sanlam that’s going to take us forward, we hope, with strength for another 100 years. And, there’s a lot of commitment, a lot of joy, a lot of belief that that’s the right thing to do. And ultimately, you know, for those of us who’ve been around longer than maybe we care to remember, we did. We know that things eventually do recover and markets come back. So it’s just a question of time, I think.

On Sanlam being relatively well positioned for a high inflation environment

I mean, most of our assets are real assets. In time, once the dislocation in the market is over, asset prices will inflate, at least in nominal terms. So you may be worse off in real terms, but you’ll definitely be better off in nominal terms. These asset values will all come back where we had bond holdings on our balance sheet. Aside from where we had to match fixed rand liabilities, we held almost entirely inflation linked bonds. So those are going to stand up very well. And that’s exactly why you buy and hold them for precisely this type of event. And then, of course, where clients have assets or products where there’s an underlying driver of assets. As I said, those assets will recover in nominal value in time, which means our revenue line on those will recover. And then for life cover short-term insurance, you know, as inflation takes hold. So people are going to have to adjust the covers and they’ll get wage increases. It just takes time. You know, again, the shock of inflation, people’s wage increases will compensate for that in time. And people will then, you know, top up and restore their covers in real terms. So it’ll take a year or two, but we’ll recover well. There are businesses that don’t do so well in an inflationary environment, but this is typically one that does well with higher rates of inflation.

We’ve had zero correspondence from the Competition Commission at any point. All we have is the media statements. We’ve heard some of you interviewing them. So that’s all obvious. They did not speak to the regulators in the financial services industry so that the regulators can throw any light on it either. What we do know is that they came to us with the wrong company name and the wrong address, so we did not have to admit them at all. But we decided there was no harm in giving them what they asked for. We’ve got nothing to hide. You know, this is a very competitive industry. We give our quota system, which is one of the issues that seems to be bandied about as the principal matter. We give our quote system to 26,000 people. We provide a code, a unique code to each one of those 26,000 people, because you have to have some knowledge to be able to use the system and not come to the wrong conclusion. So in terms of our regulatory obligations to the financial sector Conduct Authority, we can’t just give that to members of the public. You have to have some knowledge and we make that available to our competitors in the same way that I assume Pick n Pay doesn’t block Shoprite executives from entering the store and looking at the prices on the shelves. This is an activity that I would characterise as promoting competition, not diminishing it.

So we don’t know anything. We know there have been two previous investigations in our industry from the Competition Commission. One was around the fact that insurance companies pay the same commission. That, of course, ended because commissions are regulated. So that clearly was not collusive. And then the second one – which took them five years to conclude that there was nothing untoward – is an industry practice across asset management and insurance where we have a consistent methodology for calculating what we call the equivalent annual charge. As you can understand, products and different companies charge in very different ways and try to reduce it to the simplest way that a consumer can understand it. We have a thing we call the equivalent annual charge: if you take a unit trust, you might have one company with an initial charge and a lower management fee each year. Another one may have no initial charge, but a higher management fee. How do you compare that as a client? So we’ve got a way of calculating, which we agreed across the industry should be standard because otherwise, you know, you’re comparing apples and pears. So again, the point of that was to help consumers to  judge the price and, of course, that ended. But it took them five years to conclude that a practice that is pretty much standard around the world in financial services was not collusion.

What I can say is that if there is a whistleblower within our industry, we have an industry body which would have been the place for the whistleblower, if anyone believed that there were anti-competitive practices in place.

On whether it’s likely that the one that underperformed, ie, general insurance, is going to come back

Before the results came out from our competitors, we were obviously pretty unhappy about the results. But as we see the competitors coming through, we see Santam has actually done better than the others. And I think it’s just a hallmark that, if you will, a franchise is better. Even in tough times, you’ll do relatively better. Now, it’s a very cyclical industry, short-term insurance. It goes down quickly, but it can come up quite quickly as well. And I don’t think in the second half we’ll get back to normality because as I mentioned just now, when we were chatting about inflation, it’s not possible to put through the kind of size of premium increases immediately because you can only do them when policies come up for the annual renewal. So all companies are putting up premiums, changing benefits. I was at one of our call centres and the staff said they couldn’t cope because of the volume of quotes they’re getting because the other insurers are just pushing up their premiums across the board in a rather broad brush approach. And we are inundated with customers and brokers asking for quotes because people are unhappy about premium increases. So it’s going to take some time. But, you know, my expectation is that 2023, 2024, 2025 will be good years for this industry and this business.