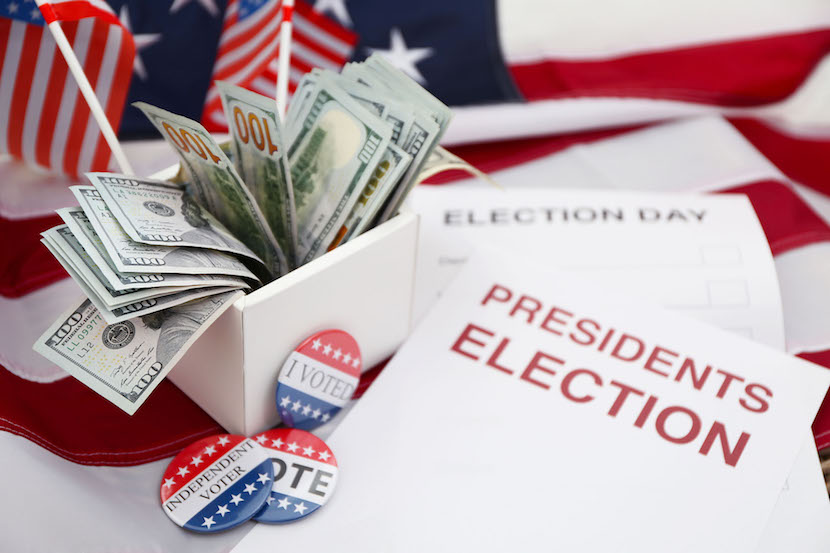 *This content is brought to you by Carrick Wealth, leaders in wealth and capital management.

In just one short year the world has been subjected to two major events with ramifications to be felt far beyond the countries where they occurred: Brexit and the US presidential election. In both instances, the day after votes had been cast, people woke up in a world that would never be the same again.

With Donald Trump having won, the change factor may be bigger, heralding in an era of possible greater volatility, uncertainty, possibly heightened global tensions and a more uncertain US economic future, than would have been the case had Hillary Clinton been the victor.

And just like with Brexit, the pundits and polls got it wrong again. Trump won the race against the odds and predictions to become the 45th president of the United States. While the shock factor may be less than with Brexit – all predictive polls having had Trump trail Clinton by only a small margin – the fall-out in coming months and years could be enormous should Trump make good on his many controversial promises.

These include a strict migration clampdown targeted particularly at Mexicans and Muslims; the likelihood of triggering a devastating trade war with China; reducing taxes at immense cost to the US economy; scaling down US intervention abroad and possibly ending or drastically changing NATO; reversing Obamacare, which provided millions of Americans with affordable health insurance; and tearing up the Trans-Pacific Partnership trade deal with 12 Pacific nations. Other trade clampdowns are also likely.

Generally, Trump should have little difficulty in having most of his policies passed into law by a Congress which is likely to remain dominated by Republicans (final election results for the House of Representatives and the Senate were still being awaited at the time of writing). But even Republicans have balked at some of his more maverick policy proposals and the party may try to rein him in on some of these. However, there’s no telling how successful they will be on keeping an emboldened Trump – now that he is president – in check.

Under Trump the US is likely to again become more isolationist and inward-looking, which does not bode well for some external economies, and is therefore likely to impact on the global economy in general. During the election campaign market swings in stocks and currencies have generally displayed a preference for Clinton while showing aversion to a possible Trump presidency as controversy followed him around. The most recent example was the more than 2% gain in the Standard & Poor’s 500 Index following the announcement by FBI Director James Comey just 2 days before the election that the latest email debacle warranted no charges being brought against Clinton. Clearly the markets were pleased with that decision.

As polling closed across the US and the first results trickled in, news of Trump’s gains prompted a sharp decline in US stock futures and a flight to safety in the US and other major economies. Even before the result was known, S&P 500 futures shed as much as 5%, Japan’s Nikkei stock index had slumped 5.3%, crude oil was down more than 3% and the dollar fell 3.6% against the Japanese yen. Gold, considered a safe haven, rose almost 5%.

Investors are nervous about the lack of specifics in some of Trump’s policy proposals and feared uncertainty would arise as a result, while in Clinton they saw a presidential candidate that would maintain the status quo. Those who were not prepared for this result, have been caught on the back foot.

All of this makes for much uncertainty in the aftermath to the US elections. Much of this presidential contest was driven by a cry for drastic change on all sides of the political debate. The question is, how much balance and caution will go into the kind of changes Trump advocates?

Change, and the need for it that often arises rapidly and unexpectedly – as appears to be happening now after the US elections – is something we in the world of investment and financial management understand all too well here at Carrick. Which is why we firmly advocate having a diversified investment portfolio in place, and regularly adjusting it in line with changing conditions and dynamics. Don’t be caught on the back foot.

Making changes and opting for diversification does not necessarily mean taking no risk, but it does spread one’s risk to maximise return with the least volatility and exposure.

Should you wish to take your cue from the US election race and want to review your investment portfolio for more or updated diversification, please contact us at [email protected] or +27 (0) 21 201 1000. However, don’t wait for shock events like Brexit or the US election to do so – this should be an ongoing part of one’s investment planning to ensure the least disruption to your portfolio if and when such events occur.