SA investors taking up stock in Prosus when it lists next month may be liable for capital gains tax.

Naspers has cautioned investors on the tax implications ahead of next month’s listing of its international assets in Amsterdam.

In a pre-listing statement for Prosus, which is scheduled to float on Euronext Amsterdam on 11 September, the internet group said holders of its ‘N’ ordinary shares should take appropriate advice, if necessary. Under the capital restructure, shareholders will receive new ‘M’ shares, which will be automatically contributed back to the company in return for the issue of Prosus ‘N’ ordinary shares. This will trigger capital gains tax on the Prosus shares received. However, if shareholders choose to receive additional Naspers N shares instead, they will only be liable for capital gains tax when they eventually sell them. They will receive the Naspers share in a ratio of 0.36986 Naspers shares for each share held.

The group will make a distribution in kind of ‘A’ ordinary shares to holders of its Naspers A shares through a pro rata distribution following the recapitalisation.

The group plans to use the same control structure for Prosus that it currently has in place for itself. Its JSE-listed N shares have one vote per share and the unlisted A shares carry one thousand votes per share. While the A shares have higher voting rights, they have lower economic rights, earning just a fifth of the dividends per share that N shareholders are entitled to. The voting control structure was put in place to ensure the continued independence of the group. Other companies with similar structures include China’s Alibaba and JD.Com and Alphabet (Google) and Facebook in the US.

Following the capital restructure Naspers will hold its media assets, which consist primarily of Media24, as well as ecommerce businesses including Takealot, Mr D Food and Property24. It will also include investments made by technology start-up initiative Naspers Foundry and between 73% and 83% of the Prosus N ordinary shares, depending on the take-up by its shareholders. It said it may later offer to sell down its holding to new investors, depending on market conditions. 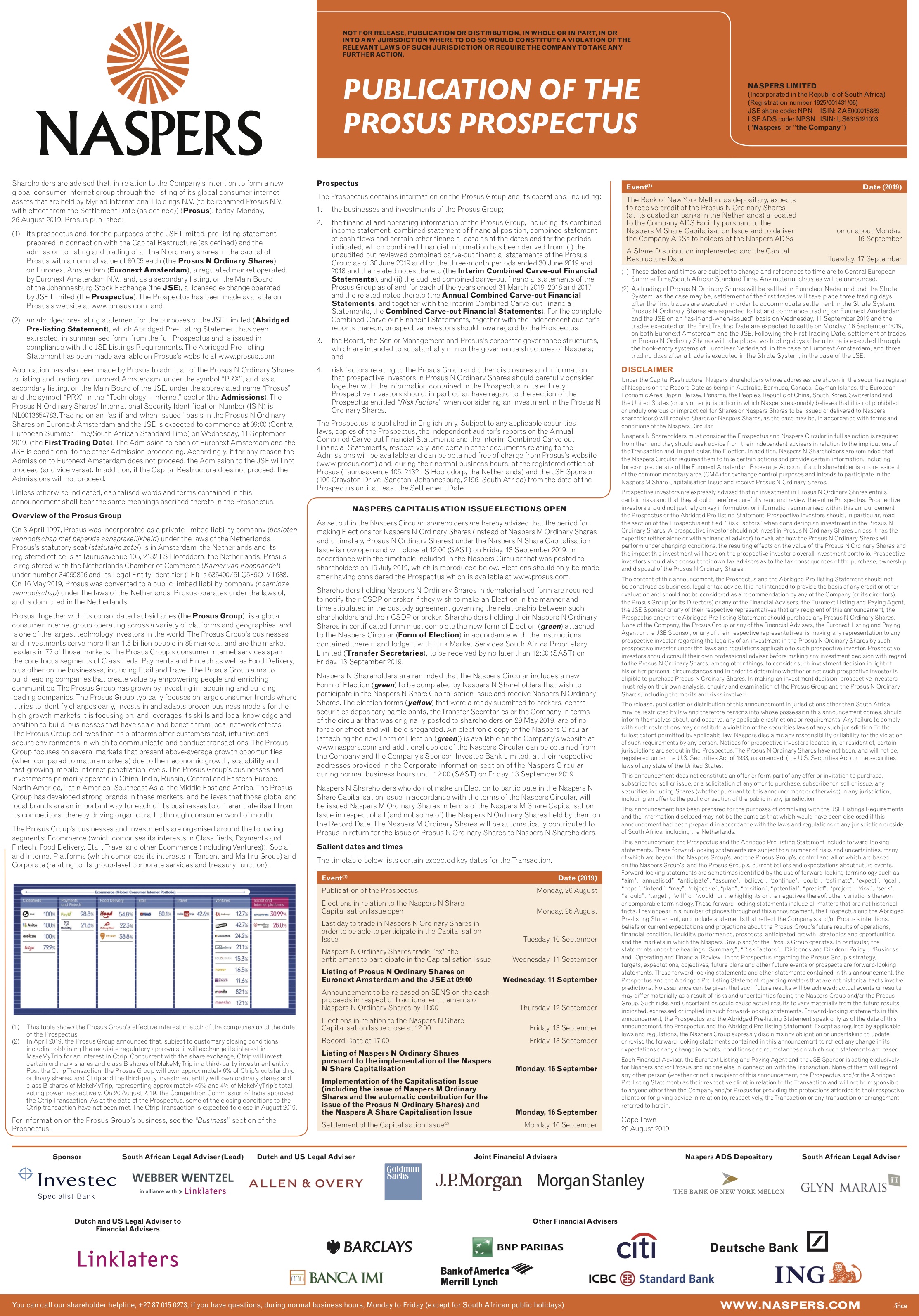