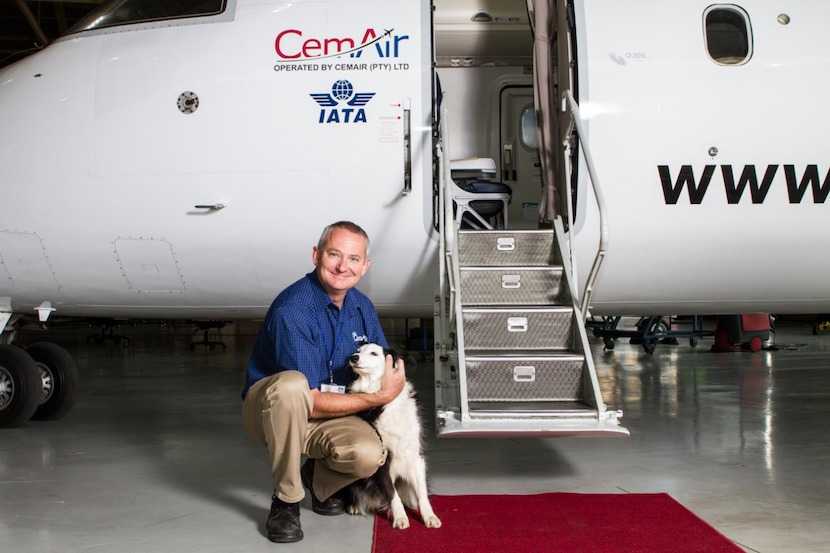 In this first episode of Inside Investing, we investigate the investment appeal of Aspen and listen to Discovery SA CEO Hylton Kallner discuss the company’s annual results. Industry experts discuss the appeal – or lack of – SA banking stocks and BizNews editor Jackie Cameron talks to Dr Richard Smith about turning investment cycles to advantage. Founder Alec Hogg interviews CemAir’s Miles van der Molen about the aviation industry, now that South African borders have opened and what the future looks like for the airlines in South Africa. – Jarryd Neves

Miles van der Molen is the chief executive and founder of CemAir. You fly to various parts of South Africa and – in normal times – outside of the country’s borders as well?

Yes, so we’ve done two things. We’ve done scheduled airline service and we operate aircraft on dedicated needs outside of the country as well. So, for example, various kinds of oil and gas companies that have an exclusive requirement and then domestic and regional flights. During the Covid-19 lockdown, we did a lot of repatriation flights.

There were many people across Africa that were stranded and somehow we ended up sort of leading the charge on bringing them home. That took us to about 26 countries across the continent. It was quite diverse.

Beyond challenging. In times like this, I can’t tell you, logistically, how difficult these things are. How many clearances are required for each country and how difficult is it to have all of these boxes ticked for a flight in one day. It’s frightening.

The South African president announced that we are opening our borders again from the 1st of October. I’d like you to give us some insights into how that’s going to affect the aviation industry as a whole. But as far as you’re concerned – CemAir – what does it do for you?

It’s news we’ve been waiting for. Everybody was hoping the announcement would be made. We still need to see the detail behind the announcement. We have seen with previous announcements that when the regulations are published, sometimes they aren’t completely aligned with the speech itself.

But it does seem to be fairly far reaching, with a very limited requirement for quarantine. There were some rumours mentioned before that maybe there would be a bubble concept, maybe limited countries on the Southern end of the continent. It seems broader than that. We’re hoping that when the gazette contains regulations, it will allow for relatively free movement and that’ll allow the airline industry in general to take a bit of a breath.

For you in particular, with Hoedspruit being one of your destinations, Plett being another one. International tourists or visitors from abroad – whether they are South Africans or foreigners – are quite important, particularly as we come closer to the holiday season.

Absolutely. South Africa has always relied very heavily on international tourism for many of its jobs. It remains to be seen how fast those travellers will return and how much nervousness there may be for lockdowns that may be reintroduced or other restrictions – like we’ve seen in Europe, that have been relaxed and reintroduced. But we are hoping that confidence will return to the market and that people have a desire to travel. They’ve been cooped up for a while, so I hope they will be desperate to get out and explore.

The only listed stock on the Johannesburg Stock Exchange in your industry is Comair, who went into business rescue. Are they coming out of it now? As someone who knows the industry, is it a stock that you might consider buying into?

There’s a lot to be seen in that process. I know there’s an announcement expected very shortly on the acceptance of the rescue plan. The creditors do take an enormous knock in that plan, and I guess it’s going to stick in their throat. It seems that the buyer has potentially more to gain. I would certainly exercise caution at this point. We need to see the recovery rate of the airline industry globally in primary markets.

We’ve seen that recovery relatively slow with some markets still sitting at about a quarter of their pre-Covid volumes. The airline industry is a difficult thing to scale down quickly. You have a lot of fixed costs and to operate at half the size, profitably, is extremely difficult in the short term. So there’s so many questions that it would be a difficult one to answer.

I would be cautious, yes. I would recommend caution.

Looking more broadly for investors into airline stocks around the world. We know that Boeing is at a fraction of the price that it was at before the MAX/787 issues. Is it now getting to a level that you should start doing your homework as an investor?

There has been a lot of destruction of value in the industry and things aligned with the industry, such as aircraft manufacturers. I don’t think we’re at the bottom yet. As the capacity returns, we need to see the passenger numbers grow. But I think in the next six months it should bottom out. Then you should see those values at the bottom, with a long increase potentially ahead of them, particularly in countries where the airlines are well-run and have traditionally seen very good support.

Talking about well run airlines and the inverse thereof. South African Airways is now seemingly going to rise like a phoenix as a competitor or someone who plays in the same market. How do you feel about all of that?

Well, it remains to be seen. The business rescue plan was approved on the basis of funding, which by all accounts hasn’t materialised yet. So we’re waiting to see which direction that takes. If South African Airways doesn’t rise from the ashes, it will usher in an era of a level playing field in the South African airline industry for the first time ever.

The reality is that for several decades, South African Airways – as a dominant player – has effectively operated by subsidising every seat that flew courtesy of the taxpayer. This has skewed the market and done an enormous amount of downstream damage. In fact, the position that Comair finds itself in now, can probably be laid at the door of those bailout decisions. Ultimately, it brings the market price down.

It’s not just SAA, it also stretches to Mango. There’s been a lack of transparency on how Mango operated, as well as its operating costs over the years. It has distorted the industry terribly. We certainly would like to see an era where the industry operates on a level playing field and enormous bailouts for certain players are a thing of the past.

How come you haven’t had to go into business rescue? What have you done differently?

The foreign segment of our operation – to an extent – could continue operating during the shutdown and we took a very conservative approach. Problem is, airplanes are expensive things and it’s very easy to have a very heavily geared position in aviation. Of course, if the music stops when you’re in that position, you go backwards extremely quickly. We were fortunate enough to manage that gearing at a time when we needed to have it where it was. So I guess to a large extent, good fortune played into our hands.

I’d say good management, too. You’ve got to prepare yourself for whatever might hit you and with Covid-19, no one knew what was coming. But if you weren’t positioned for difficult times, then something out of left field is going to knock you out.

I suppose you could say that every 10 years or so, the aviation industry takes a hit from an enormous asteroid. 2001 was the biggest hit before this one. 2008 was a very large impact, but for a different reason and the curve was a bit different. But this is unprecedented. The amount of the destruction that we’ve seen in the last six months. Nobody ever would have believed if you predicted it.

So what about the future? Specifically the future for yourselves and the industry you’re in?

Well, times like this do bring opportunity with them. Several organisations will stop operating during this time because of the shutdown, which means new markets will open up. We are fortunate to be agile and we can move into markets. We are hoping to capitalise on that, to operate smaller gauge aircraft.

The seat economics aren’t as good as larger aircraft. But when you have half the number of passengers, a half-sized aircraft is always going to be more economical to run. We believe – as long as there aren’t large state bailouts for the SOEs – that a level playing field will really suit players like us.