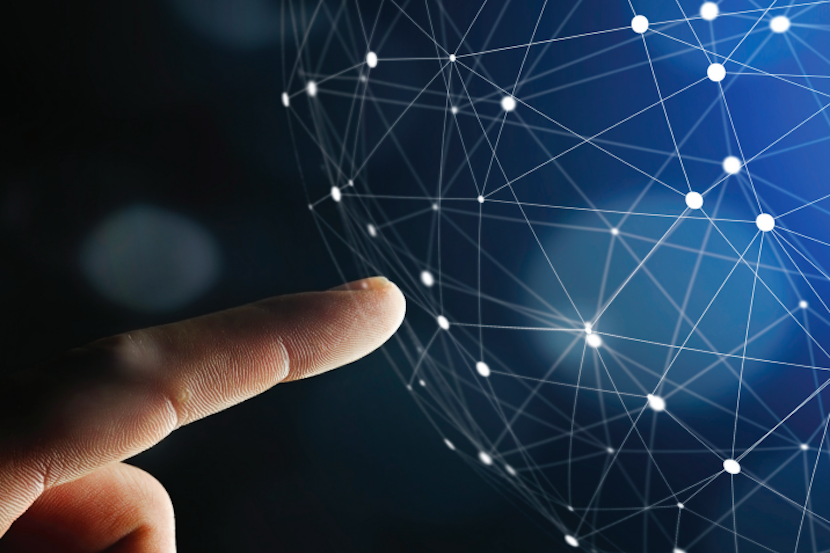 In this episode of Inside Investing: a breakthrough for South African savers as the Reserve Bank abolishes the 30% cap on the foreign component of retirement annuities; we hear from the CEO of overlooked JSE-listed small cap 4Sight Holdings; also from Anchor Group founder Peter Armitage, who explains the rationale for the group’s shares being delisted from the JSE; and then Hermann Pretorius of the IRR, who explains why the independent brains trust is raining on Cyril Ramaphosa’s international investment parade. – Editor 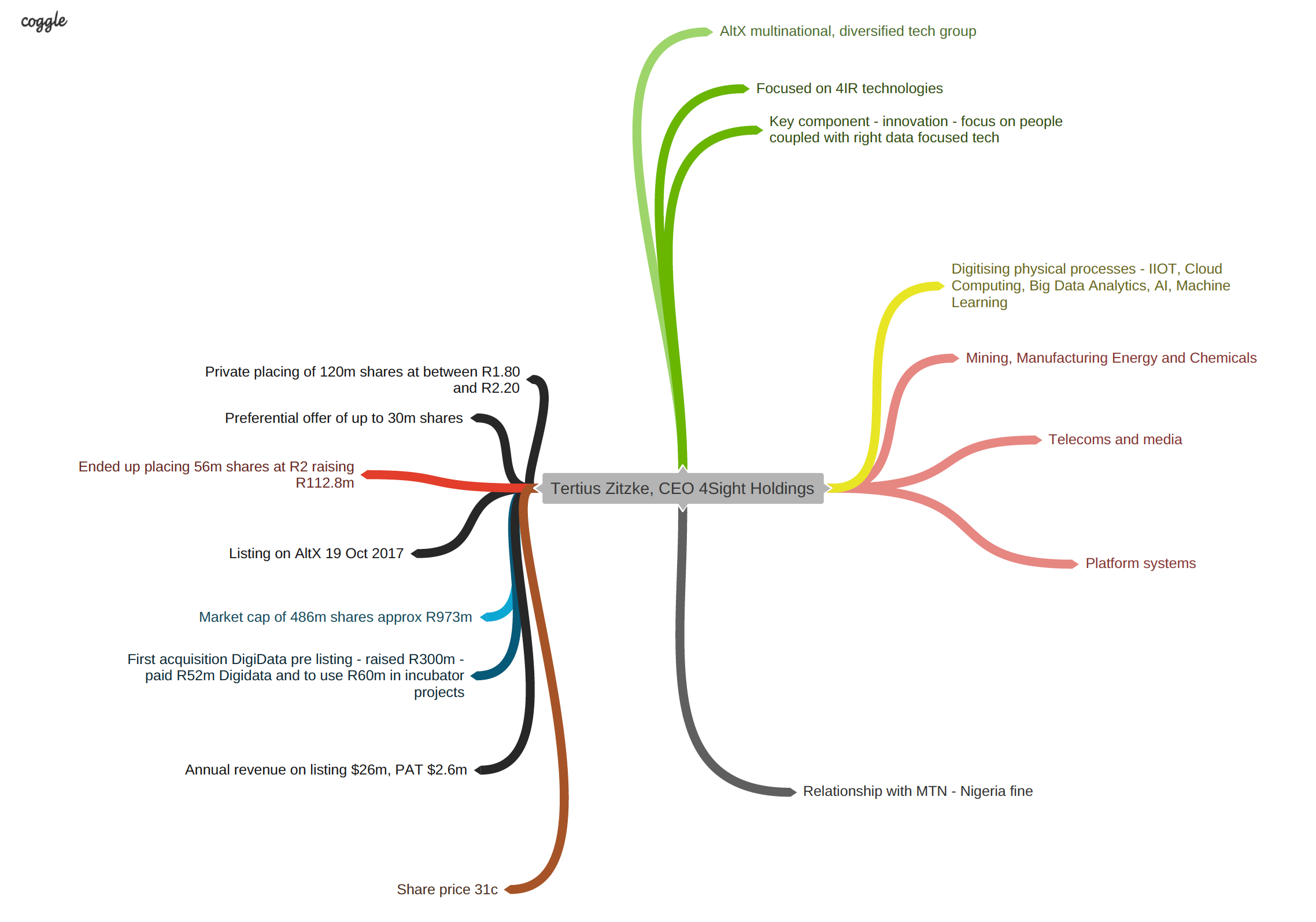 This episode of Inside Investing is proudly brought to you by 4Sight Holdings, your digital transformation partner of choice.

First, the investment headlines of the past week:

We kick off with the big news about the abolition of the 30% foreign asset cap on retirement funding. Listen to Sygnia’s Magda Wierzycka and hear from Magnus Heystek.

Ahead of its listing on the JSE in October 2017, local tech group 4Sight Holdings placed 56m shares with investors at 200c each. It has been a tumultuous ride for shareholders with those shares now trading at just 31c each. But things are looking brighter for this overlooked stock with a new board and management team, and the group’s transformation into a cohesive unit, plus the boost for its products via Covid-19 lockdowns.

New CEO Tertius Zitzke joined the group in April 2018 when his business was one of a number of acquired by the old 4Sight. He is a respected industry veteran whose experience goes back to working for the legendary Piet den Boer at pioneering tech company Qdata. In a light hearted moment during our discussion, Zitzke recalls being asked by Den Boer what he did at the company.

There’s also quite a history behind the JSE-listed company he now runs.

4Sight made a bit of a fuss in 2017 when it listed on AltX. I remember at the time there was supposed to be a capital raise of about R300 million. It was supposed to be a billion rand company Then there were fewer shares taken up – R112 million raised – at R2 a share. Things have been very different since then. The current share price is 31 cents. But it’s a heck of a story from listing to now, where you’re running the business.

The shareholders got together 90% of the shares still being held by all the companies that were acquired. We just didn’t believe in the board’s future for us as isolated pockets or PTYs. We said, ‘no we all bought into this fourth Industrial Revolution vision’. Then we appointed a new board in October last year, of which I was the CEO.

So we have got a very active and very technical exco, with the majority of independent board members on the main board. Now only me and Eric van der Merwe – the CFO – are executive directors. Then there are five non-executive directors. Two in Mauritius, one in Australia. Very industry-focused guys that are really helping us a lot. Then we started this whole strategy of delivering IT,OT and BE – operational technologies, information and business environment – and the convergence of that for our customers and aligning our own products towards that as well.

It’s really the principles of delivering that. There are three things that are very important. Data integration, because we all know that we all sit with disparate systems and to get data – that’s the oil of the new economy – you need integration. Cybersecurity, that’s very important, for which we’ve got the competencies. Then, a thing that’s very important – especially in Africa, southern Africa as well – is hybrid cloud solutions.

We’re not in an environment where you can simply go cloud only, offline or online at this stage in our world. So we formed this strategy and then the structure followed. So we organised into four clusters for delivering production – OT,IT,BE – and then there’s another channel partners cluster. We say we play in this blue ocean, where we partner very well. So we’ve got nearly 500 partners now.

We are also a Microsoft indirect cloud solution provider so we can provision provide anything that’s in the cloud – in Azure cloud or whatever – for our customers and partners, then they sell it onto their customers. This is really where we now sit, that we’ve got great services rolled out for the whole group and these expertise and engineers. We’ve got electrical engineers, chemical and production guys, accountants and data scientists. They all work in different fields to deliver on this fourth industrial revolution. We’ve got the ability and the licensing in order to deliver those platforms on which we do that.

The fact that you’ve not changed the whole structure in the strategy of the business, are you working as a team now in the company?

It’s actually a super team. So we’ve got a big plan. We called it Operation Phoenix for regrowing ourselves and our look. We are into a second phase now of the rebranding as well. So we go 4SightOT or 4SightIT, with the PTY subsidiary names are still there – that’s still a legal entity. But we go more for the message on branding towards the solutions that we deliver towards our customers.

Then also for next year, we have defined six big investment opportunities for growth areas for innovation. We decided that the profit that we make every year, a third is for reserves, a third is for shareholder dividends and a third is for innovation. So we modernise our platforms to go as a service – software as a service – especially on integration products. Workflow, that’s a big thing in the market now and that’s a big deliverable for the new way of working with remote workers. This means you can actually track productivity.

It’s not like standing guard on what the guy’s doing all day for you, but really there is more of a move now for people to have an outcome-based measurement, rather than ‘give me your time sheet so I can see what you’re doing.’ So if you deliver, you deliver. That’s what you need to deliver. If you work 12 hours to do that, it’s your time. If you work only four, you score. Modern flow – we call it the platform – that’s a big drive for us.

Then data analytics. Like I said, data is the oil of the new economy. We’ve got data scientists that really deliver building those data vaults. With all of that – because we’ve got this connectivity and working offline and remotely all over the world – cyber security, that’s very important.

Then, our whole channel movement as well. So whatever we do in the 4Sight three OT/IT/BE clusters, we now take the partners into Africa and we’ve got a good footprint of delivery all across the world with our products already. Africa is big business for us, with a third of our revenue coming from there. But we’re looking seriously at the Australian market as well. We’ve opened some doors and are doing work already.

I think the big thing about the South African rand is that we get very good rates in dollar terms for the same type of work that we do on site here.

It’s something that I’m surprised that more business executives in South Africa haven’t kind of caught on to. The high skills base in this country, the low currency. If you’re able to leverage that into the international market or into hard currency markets, you really can make pretty good profit margins.

We can see that. Examples on the same product, same solution – locally that we get 1,300 per hour maybe on average on a project. The same price from Australia is 2,000 plus. We deliver the quality of work. That’s the big thing and that’s really working very well for us.

Tertius, clearly when 4Sight bought your business, this wasn’t the outcome that you had in mind, I’m sure. But are you happy now that – almost by accident – you’ve got a group of new partners in this company and you guys are all pulling together in a way that you might not have thought was possible before?

I think everybody is extremely happy. We are a big family. If somebody asks me what I do, I always tell them I’m a digitally transformed technologist accountant. So I learned my trade with Piet den Boer from Qdata – those days already. So for the last 40 years, I’ve been in IT. The 80s was all the big machines, where you couldn’t take your work home. In the 90s, it was PC World – Novell and networks all of a sudden.

Then, the 2000s was the Internet and in the 2010s we had mobility. Now we’re sitting in this next sector that was heavily influenced at the beginning, where it’s all about data. Then it got influenced by Covid and it turned it into people – and data – people first. It’s a really exciting world. We’re working on a big project now, where we simulate the work environment for people. So an HR system and a payroll system, that’s not people anymore.

So we’re building these virtual worlds and we’re starting with ourselves. We call it a platform. So we call it ‘My 4Sight’. You basically go into the office – you see the office building – you go virtually into a meeting room. We just had a big conference – what we called Converge – and convention in that same way as well, where you go into the foyer and you’ll hear people talking. You get that experience.

I think the big thing is that you must make this experience for all your staff now. You must cater for that individual. So if I go into the canteen, and I like curry and rice, and it’s on the menu today, I can just click and get it – if I’m at the office. If I’m not it’s different, but I can maybe download the recipe. So that’s just a different world that we are creating now for the work environment. The fact is that we will never get away from being physical. So we still see our staff and we go in for meetings in our offices, but we manage it around that. With less time at the office; it’s way more productive now.

This episode of Inside Investing is proudly brought to you by 4Sight Holdings, your digital transformation partner of choice.