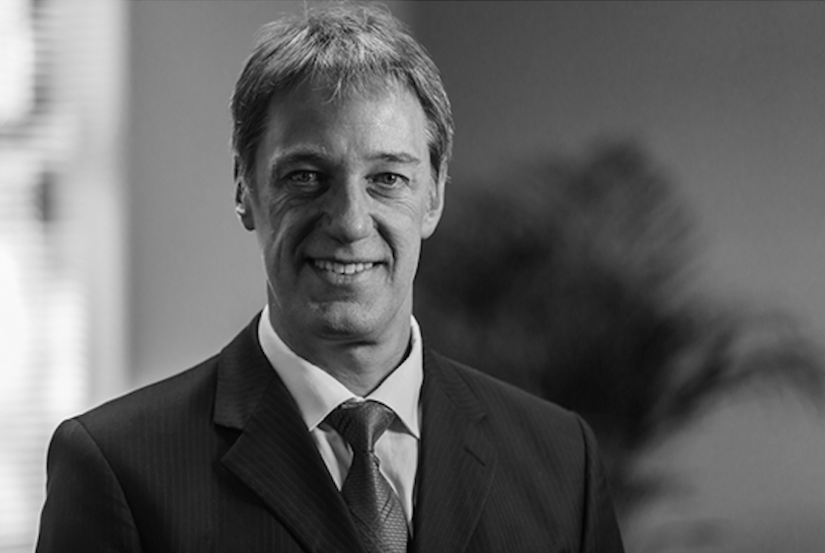 In the latest episode of Inside Investing, Bright Light Solar CEO Kevin Shames speaks to BizNews founder Alec Hogg about a 12J investment opportunity exclusive to the BizNews community. Shames says Minister Mboweni was expected to discuss the future of 12J investments at the Medium Term Budget Policy Statement in October. ‘We now anticipate that we’ll get clarity on that in the February budget’, said Shames. Hear more about that and the exclusive investment opportunity which, says Shames, will close ‘as soon as we hit that R50 million’ capital raise. – Jarryd Neves

Use Spotify? Listen and subscribe to BizNews podcasts here.

Kevin Shames is our business partner at Bright Light Solar. Good to be talking with you. It’s been some months since we were engaging on the investment opportunity that you had in something called a 12J. I know a lot of members of the business community participated in the one that closed in February. Is there going to be another one in February 2021?

That’s brilliant. So our community who have already invested – or those who missed out last year – can come in this time around. So it’s lovely to hear that. But it’s to do with something called 12J. There is an association – a 12J Association which has been calling on President Cyril Ramaphosa to clarify what the situation is for 12J, going forward. Just unpack all of that for us. There are lots of tax incentives for these particular 12J companies – of which Bright Light Solar is one – but why is there no clarity?

So the legislation – when it came out – had what is called a sunset clause, and what that means is that the current version of the legislation expires and that sunset clause date is the 30th of June 2021. What that means is that an investor that purchases a Section 12J investment is entitled to deduct 100% of that investment against their taxable income in the current tax year.

If they invest until the 30th of June 2021, they will get that deduction. But thereafter, it is uncertain as to whether that sunset clause will be extended or not. We were hoping that the Minister of Finance would touch on it in the Medium Term Budget Policy Statement, but he had a whole lot of other issues that ranked higher than Section 12J.

Therefore we now anticipate that we’ll get clarity on that in the February budget. It doesn’t leave a whole lot of time. But what we are hoping for is some kind of clarity. That clarity relates to either, the sunset clause will be enforced and Section 12J won’t be extended beyond the 30th of June 2021. I do want to stress that does not affect existing investors in any way whatsoever. The deduction that they got is permanent, and as long as they remain invested for the full five years, they will be able to maintain that tax deduction. It only affects new investors and new investors after the 30th of June 2021.

So why would they even be a consideration to do away with 12J, given that it seems to have been very successful?

There are two schools of thought relating to this. The first one is that the National Treasury needs every cent of tax revenue that they can get – given the current situation and that this tax incentive is costing the fiscus. The estimate is just over a billion rand and therefore they don’t want to give away anything. They want to try and collect as much as they can. The other school of thought says that what the country is truly desperate for right now is jobs. Section 12 J investments are creating many jobs.

As a result of that, what the country should be looking at is maximising the job creation opportunity and therefore there should be extending that 12J sunset clause. The other concept around that, is that the net cost to the fiscus is not just 45% of the total money that has been invested. Lets round it off. It’s about R9,3 billion. Let’s just call it R10 billion. It’s not 45% of that at R4,5 billion, because there are a whole lot of other taxes that are collected as the result of these 12J investments.

So, for example, when a 12J company receives cash and invests in underlying businesses, those businesses will pay income tax that employs people. Those people will pay PAYE. When investors exit from those investments, they pay capital gains tax. There’s a whole lot of that, that is collected along that whole transaction cycle. So the net cost so far has been estimated at around R1,4 billion. Over time, as these investments grow – and the tax collections grow along with it – the expectation is that that net cost to the fiscus will reduce very substantially.

Looking at the precedent that has been set in the UK, they believe there that it is actually a tax neutral tax incentive programme, because the taxes that are collected as a result of the investment are more than offset by the tax deduction that is granted up front.

So as far as investors are concerned, no problem coming up in February. What about deploying the funds within Bright Light Solar?

So from a Bright Light point of view, we were certainly set back as a result of Covid, in that our inability to actually go and construct our solar plants was limited in terms of the lockdown levels five and four. As soon as that eased into lockdown level three, we went flat out from the 1st of June and we are currently on site – I think it’s around 40 sites – and we are deploying as fast as we possibly can and we are trying to catch up.

It is. We had a backlog, obviously. But we are going flat out at the moment.

And the pipeline going ahead?

So that’ll make sure that the money that was raised this year – up to the end of February this year – would first of all, be deployed. Then presumably, the R50 million that you raise in February 2021 will have a period before it gets deployed. But what happens if the sunset clause is extended? In other words, 12J is opened up for another five years?

Then I guess it’s business as usual in terms of capital raising. There’ll be a whole lot of activity every February. It is done in February because that is then coterminous with the tax year end. So an investor invests at the end of February and then gets the tax deduction pretty much immediately. Or if they have been PAYE payer, then they’ll get it as soon as the e-filing opens. Certainly that’s what we’re hoping for. Then the industry will continue to flourish and invest and create jobs.

So that’s that restricts the pool significantly. If in the budget later in February, Tito Mboweni announces that there is going to be no more 12J incentives after June, it doesn’t mean that you can suddenly – because there would be huge demand one would presume – you could suddenly increase that capital amount in your prospectus. Is it stuck at R50 million?

We are capping it at R50 million. That’s correct.

Right. So you’ve got one chance. If, however, it is extended – the 12J – which it seems to make a lot of sense, more than 10,000 jobs are being created and as you said, R10 billion has been invested, which might have otherwise gone offshore.

If it is extended, then in the following year (February 2022) all things being equal – Covid-wise – you would then be presumably looking for additional capital?

So it all rolls forward. Just before we close off: How have the returns been impacted by Covid-19?

So the biggest impact has been on un-deployed capital. Obviously, that was sitting on call, so interest rates have fallen by 275 basis points. So that means that the money that was being earned by our investors did decrease quite substantially. Also, the delays as a result of deployment have impacted our returns. We do anticipate catching up a fair portion of that.

I don’t think we’ll be able to catch up all of that underperformance, but certainly our target return. Remember as well, that this is a long-term investment. An investor can disinvest after five years. We anticipate that those returns will only be marginally diminished as a result of the lower interest rates and the effects of Covid.

So instead of maybe twenty one, it will be very close to what our target returns are. We might underperform slightly, by maybe 50 basis points over the period. But I don’t anticipate this to be a significant long-term impact from a return point of view.

And on the other hand, those who invested have already had the tax deduction, given that it was done at the end of the last tax year.

Correct. So our investors that invested recently got a 45% tax deduction and then a dividend as well. So they’re looking – our 2019 investors – we’re getting just over a 48% return. Our 2020 investors certainly will then get their 45% tax return. We have paid a dividend to the end of August for the first six months. That was the net interest return on that money. Now as we start deploying, that return will now kick up as a result of the benefits of being deployed.