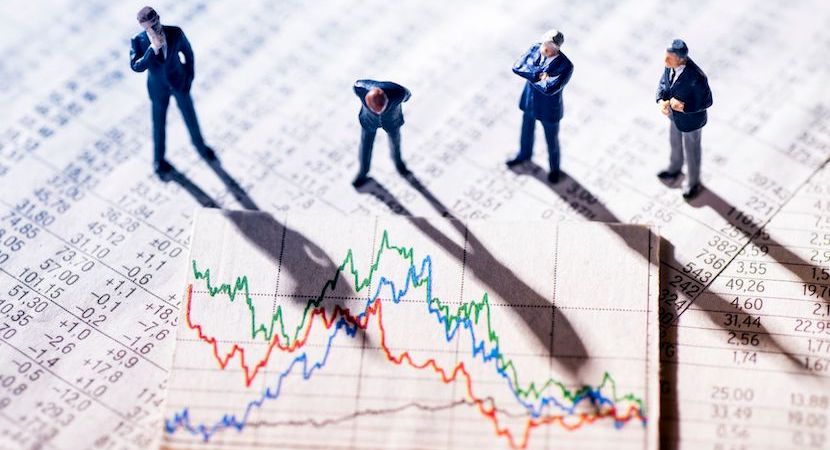 The rand is strong – quite possibly as strong as it is likely to be for some time – which makes it a great time to diversify investments outside South Africa. This was the resounding message from Andre Cilliers, currency strategist at TreasuryONE, when he joined Jackie Cameron for this week’s Currency Focus Podcast. According to Cilliers, you could be disappointed if you wait for further rand strength. “To try and wait for a turning point, you might just miss the opportunity,” he explained. “Diversify whilst you’re getting good value. Do it continuously, do it little bit by little bit, but do it.”

Andre Cilliers on factors influencing the rand’s performance over the past week:

It’s simple. The story is supply and demand. There’s more sellers than buyers. The commodity space is continuing with good figures. The Federal Reserve – we’ve alluded to this before – is still continuing with the same old story. We will not change short-term interest rates. We will continue. The non-farm payrolls, once again, disappointed on Friday afternoon, once again was lower than what was expected. And I think the biggest disappointment on Friday was not really that the non-farm payrolls missed the objective target of 650, but that the revised figures for the previous month was only increased, because you must remember, the figures that came out on Friday is the expected figure for May. The revised figure that comes out when the expected figure for June comes out in the beginning of July, then they revised the figure for May to the actual one. Now, the actual one that was revised for April was only increased by a dismal 12,000 people. So not only did we miss the targets, [but] the revised figure was also disappointing. And that simply tells us that maybe, just maybe, the significant growth and fantastic growth that was expected out of the US economy is not as fantastic as was generally expected. And it might take a little bit longer for the economy to really show that growth.

In the meantime, everybody says, OK, well, if there’s not going to be any movement in interest rates in the short term in the United States – and the commodity space is still doing well and we can still get relatively good yields in the emerging markets space – then people are going to move dollars over and currencies over to the emerging market space and then once again link to a commodity space that’s still doing well. There you have it. There’s more dollars flowing in, there’s more currency flowing in, and not enough people to buy that currency. And hence, the currency strengthens. And that’s going to be the story. As long as that continues, that’s going to be the story. And then the rand can benefit.

On how offshore investors influence the strength of the rand:

There’s the inflow into the bond market. There’s an inflow into the equity market, and that’s on financial transaction flows. On the trade flows, as I’ve spoken now about commodity prices and so forth, there’s also more sellers. We expect a huge trade surplus, once again, when it gets released. So you take trade figures, positive inflow, capital inflows in terms of bond and equity, positive inflows, and just not enough buyers. The import side is just too little to sweep up all that surplus of dollars, surplus of currency coming in. But we must remember that if the Reserve Bank were to buy all those surplus dollars, it would bode well for our reserves because our reserves would be built up tremendously. But at the same time, for every billion dollars that they buy out of the market to build up the reserves, they would have to put in the equivalent of almost R13.5 billion into the money markets. Then they would have to go with repo transactions to negate that again because if you just continuously buy up the reserves, put money into the market, there would be too much liquidity in the rand market and that would be dropping interest rates to levels that’s too low. So the actions needed from the central bank would be on both ends. It would be, build up your reserves from the surplus of currency, but also do reverse repos to get some of the money out of the money market again – to avoid interest rates going too low. There’s just too many fronts to stop, and that’s why the rand continues to benefit.

On what will happen to the rand for the rest of the year:

I think that the rand can benefit going forward as well because we’ve heard this morning that more banks are coming out with good results. The mining houses [are] having good results, and I think I’ve said this before, Mr Mboweni gets a smile on his face because his tax revenue is going to be better. If his tax revenue is going to be better then he needs to borrow a little bit less, then he’ll be overshooting his targets that were set. The one thing that he still needs to do – and that’s a bit of a question mark that lies above his head at the moment – is how firm can he be on the salary increases for state employees? But if he can stand firm on that and keep his fiscal expenditure within reason and within the parameters set, which he seems to be set on, and then if his tax income is better and his borrowings is a little bit lower, then he’s going to be able to do a very nice medium-term budget speech at the end of the year.

I do not see that the commodity area will decline massively over the next two quarters. I don’t think that interest rates would move at all in the US or in South Africa over the next two quarters. So, you know, the positive, all the positives that we speak about is going to be prevailing. Added to that a medium-term budget speech that I think will be better come October, then we can, throughout the rest of the year, still see some positiveness on the currency. I do think that it’s getting a little bit overheated and a little bit too much. But the market tells me – and the supply and demand tells me – that it will continue.

On whether it’s a good time to diversify and take money offshore:

It is a fantastic time to diversify your investment portfolio. Get some of your funds offshore – take the opportunity now. You know, to try and wait for a turning point, you might just miss the opportunity. Diversify whilst you’re getting good value. Do it continuously, do it little bit by little bit, but do it. Do not sit back and let these wonderful opportunities that prevail in the market at the moment slip past your ability to take your money offshore. Take some of it offshore, make damn sure that you do it at these levels. And even if you have taken money at the R16 and R17 level, don’t do nothing now. Continue doing it because if you continue doing it, you’re lowering your average rate at which you did it, which simply means that your break-even point on the currency front would be a lot sooner. So don’t stop at all. Continue diversifying by re-evaluating everything and putting some of your money offshore.

On whether Tito Mboweni has the political clout to keep the wage bill under control:

I think he’s got enough political clout behind him to steer that one and avoid massive increases. What works against him is if our state president signs off on a 2.8% increase for MPs and then makes the statement that MPs earning more than a million rand a year are actually suffering. If a million-rand-a-year employee suffers, what are we going to say about the teachers that get R300,000? What are we going to say about the nurses that most probably get even less? Why should they accept 1.5% if you can give the million-rand employee 2.8%? That is a problem and that works a little bit against Mr Mboweni and in favour of the hands of the unions.

On whether purchasing power parity is an important factor to consider for the rand:

That’s a very important one. But the one thing that one must keep in mind when you look at purchasing power parity is that it can stay in overvalued or undervalued situations for long periods of time. It’s not to say that if the rand is in an overvalued period that it needs to correct immediately. Simply being overvalued or undervalued does not say that it needs to correct immediately – it can take quite a long time. All you can say is it will eventually tend to turn back towards the 100 baseline. We are now reaching levels where I think we are at the 100 level. It’s always debatable whether it’s R13.40, R13.60, or whatever. I think we’re close to the purchase buying parity levels. Too much lower on the rand [or] too much stronger places it in overvalued territory. Too much weaker [and] we place it in an undervalued situation. It can stay at these levels [for] very, very long. It’s not a short-term thing.