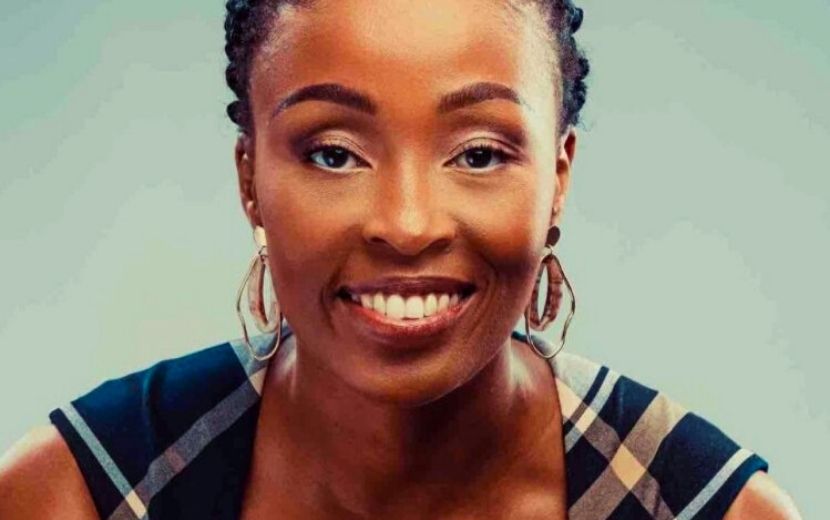 The entrepreneurial spirit is alive and well in South Africa. 2020 brought about a new way of life which forced many South Africans to forge their own path. Necessity is indeed the mother of invention. Profmed, South Africa’s largest restricted medical aid scheme for professionals, is producing an 8-episode vodcast series which explores how we can take care of today, while simultaneously building a positive vision of the future. The first episode featured Rapelang Rabana, serial entrepreneur and founder of Rekindle Learning. – Nadya Swart

Rapelang Rabana on why not every person should be an entrepreneur:

There are so many answers to this question. But for me, it starts with; it’s not this idealised thing that is the ultimate end goal for everyone. I think that life has always been about picking a struggle. You’re either picking the struggle of; ‘I want to build and do stuff that I think is important and I will tolerate, you know – the predictable cash flow and wherever it takes me’ or you’re picking the struggle of; ‘I want to navigate a large corporate and get to the top of that, and I want that kind of influence and power’ or ‘I want to build an NGO that is going to do stuff.’ But it’s all about picking a struggle. And whatever you pick is going to be a struggle. There’s no easy way through life. There’s no simpler way.

And a lot of the time when people think ‘I want to be an entrepreneur’, it’s because they think it’s an out from corporate or an out from a job. But it’s just a different kind of struggle. And you should be able to understand yourself well enough to actually figure out which struggle you want to do and what you’re suited to do. I did my one corporate stint at corporate for one year, first time since university, and I knew for sure then what I knew when I was 22 – that it’s not the struggle I want to fight.

It’s a catch 22. Because I am really for being authentic. I’m really for walking within your truth and living to your highest values and stuff. And that’s why I’m (so) pretty weak in social media, because I just don’t know how to play that game and I’m just not investing the energy into it. But at the same time, the entrepreneurs who may not be doing real businesses but have that game tapped are getting that limelight or attention and whatever support. And, yeah, it’s a tricky one because you don’t want to ever look like you are less successful because then a client will be like; ‘Oh, but are you still going to be around next year, is your business viable?’ So, it’s always a tough balance to me.

On her role at the World Economic Forum:

I’m not employed, but the World Economic Forum is really one of those multilateral organisations; it’s got lots of networks and communities. So I started in the Global Shapers Community – which is really, really fun. It’s for young leaders below the age of 30, and you run your own hubs. I was in the Cape Town hub and we did some awesome projects. We planted a whole line of trees and Riebeek West – it’s a beautiful road now, thanks to that. We did entrepreneurship training workshops. We did horticultural training for prisoners in one of the prisons in the Western Cape.

We launched a platform for volunteers to be able to track the effort and time and the skills they learned, so that young people who are trying to get a job can enhance their CV by showing the things that they volunteered for. It was probably the most impactful time and lots of hard work. And then I got too old to stick around… As it happens. And I was selected as a Young Global Leader a couple of years ago, which is the older people.

And that’s cool in its own ways. It’s a very different community, but you get a lot of these executive education things where you get to go to Harvard or the Chinese universities or Yale, etc., and obviously access to the big regional events and Davos. I really like those events, mainly because it allows me to zoom out of my ordinary daily life in the hustle and just, you know, lift my head and see what’s happening out there; what people are smoking and what people think is cool. Because I forget those things because I’m so (much) deep in the hustle.

On the problems that she’s solving for corporates:

There was the initial hype around e-learning that; you could go do your whole MBA online at (a) Harvard, et cetera, et cetera. Most of it is free. If you want a certificate, you generally pay for X and stuff. And we’re not seeing that great success. You know, the throughput rates of the mooks are sitting at less than 12% of people that actually start. Designing digital learning started from a place where you just put stuff online. It wasn’t really changing the learning experience; how much quicker it is to learn, do you reduce the time to competency – which is what helped us focus in on the business problem there, because a lot of companies are much worse than the mooks.

They send memos, long emails with the critical organisational knowledge that they are hoping people will understand about their strategy, their new products, the customer service approach. Or they send you a manual that gets printed and sits on your desk – for those who still go in the office, etc., or they put you on one of those online things with lots of slides and there’s a quiz at the end and everyone just skims through.

So we just looked at that situation – it’s like it shouldn’t be this horrible and it’s supposed to actually make life easier for you. And a lot of the challenge is that it’s still very passive and [there’s] static engagement with it. And we realised [that] people enjoy the bite-sized stuff. We see that from social media etc., and we see that people like the interactive part – which is why they go straight into the quizzes and try to skip as much of the reading as they can. So we sort of then said; ‘Let’s flip this model and rather let’s focus the content on short videos that people would actually watch and [with] the rest of the content – let’s skip the passive reading, make every important principle or insight to a business rule etc., into an interactive question.’

And it’s not just a quiz that you pass or fail. You know, the app tracks what you’re getting wrong and right and brings you back to the stuff you’re getting wrong, gives you the corrective explanation so that you are now in a position to fix whatever misconception you had and demonstrate that now you understand. And it’s all about that competency based learning as opposed to; ‘I went to the orientation, I clocked an hour, I’m sorted. Let me sign.’ With no real insight or transparency for the company in terms of who understands what. And in mining environments with safety stuff – it’s crucial. Everyone will admit that they’ve signed those yellow or pink forms that they make them sign, but truly – they don’t remember what’s in there.

Or in financial services; there’s so much happening around banks and other entities becoming fully fledged financial services institutions. That means whole new products sets, it means (a whole sort of) regulations that they have to master now. And with one of our banking clients, for example, there’s a big thing now around fees, which is one of the regulations that financial advisors need too to be able to sell or render financial services, essentially. And we managed to improve their pass rates so that they have more accredited staff by 30% just by taking those slides that they were doing in those two day, three day workshops and actually packaging it into an interactive micro-learning course.

And that takes a huge headache off someone, because now they are eligible to stay in their job and get promoted. And people that were failing got through. It could also be in sales; like call center agents, for example, that we’ve worked with – a lot of the time they’ve got to sell new products. Every other month or something they’ve got to figure out what this product is about, etc.. And we did a project with a client where one group just did the two hour workshop, the other group had the workshop and the micro-learning app. And the group that had the app had a 20% higher sales conversion rate. And it’s not complicated content. These are the features, the benefits, the clients it suits, when we want to do what as an organisation, our approach, etc.. And I think it is because they had that familiarity with what they were doing [that] they were more confident in their sales approach.

So every company has a huge base of organisational knowledge they need to disseminate. And now that we’re remote, distributed – it becomes even more critical to be able to do that consistently so that the Western Cape isn’t outperforming Gauteng all the time and vice versa.