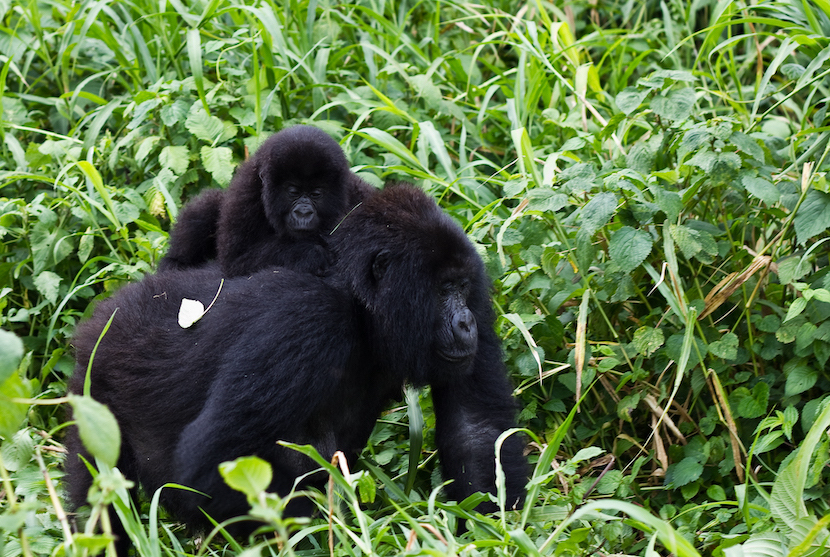 Profmed, South Africa’s largest restricted medical aid scheme for professionals, is producing an 8-episode vodcast series that explores how we can take care of today, while simultaneously building a positive vision of the future. The third episode features Ulrico Grech-Cumbo, a filmmaker, entrepreneur, and conservationist who founded Habitat XR, an impact-led production studio focused on immersing people in nature using extended reality (XR) technologies. The aim? To use digital immersion (virtual reality experiences) in nature as a way to get people to care about environmental issues like climate change. – Claire Badenhorst

So Habitat XR – we call it an impact-led immersive experience and studio, and our overarching mission is to use immersive storytelling as a tool for creating impact and reconnecting people to nature. So everything we do and have been doing for the past five, six years is exploring that territory and using this sort of fringe technology to make people feel things, ironically through technology about nature.

Ultimately, it’s about changing people’s attitudes and their behaviours. So we’ve got them into this sort of captive state where they are more willing to mobilise towards some sort of cause and that could be donating to a conservation non-profit. It could be putting a headset on politicians or policymakers, lawmakers, and changing regulations that protect nature. So there are several different ways that impact can be an outcome of immersive storytelling and immersive experiences. Impact is a very subjective word. A lot of people throw it around, but we’re trying to be very accountable to being able to measure impact and actually create campaigns that change something tangibly.

On his fundraising initiative with the Ellen Fund:

So we were approached by the Ellen Fund through their partnership with the Dian Fossey Gorilla Fund. They partnered up in Rwanda to protect mountain gorillas in that area, so we were invited to head up to Rwanda and go and trek wild mountain gorillas and film them and capture them in 360 so that a whole bunch of other people could experience what we experienced up on that volcanic mountain. We weren’t initially meant to go to LA and at the last minute they invited us saying, please bring as many headsets as you possibly can. [The] next thing we [are] trying to set up these headsets, the doors open and the Kardashians are walking in and Leo DiCaprio is walking in and, you know, Julia Roberts is walking in. It’s a very, very surreal memory.

But I think what’s so incredible about it is that Ellen saw what VR can be beyond just being a gimmick and a lot of people who’ve experienced VR before have kind of seen it and experienced the roller coaster experience or some sort of, you know, Jurassic Park thing. I think what’s amazing is she saw that it could be a tool for impact. So what she wanted to do in that particular fundraiser is establish the context of what she wanted to protect. So we had 400 A-list Hollywood celebs putting on headsets and spending five to six minutes with wild mountain gorillas. And if you’ve never experienced VR before, the amazing thing that happens and where the content differences between traditional media and VR [are] is that the person’s mind experiences the state of, what we call ‘telepresence’.

So telepresence is the mind’s belief that the body is physically somewhere else and all of a sudden, physiologically, things change in your body, so if I put a headset on you and a gorilla starts walking up to you, if I measured your heart rate, your skin response, [and] your brain activity, that data would be indistinguishable from the real experience. That’s really the golden opportunity. And so she understood that and it was a super successful campaign. They raised $5 million in a single evening for gorilla conservation.

Why it works for conservation:

You become a witness. So it’s the difference from being a viewer and becoming a witness. When you become a witness, those experiences are real. They’re digital, they’re virtual, but they are actually real to you as a real human being. And that’s where the usefulness of VR and the other technologies in this immersive technology sort of toolbox come from.

On capturing snow leopards in India:

That was a fascinating campaign for the United Nations Development Programme out in India. So they’ve got a challenge up there in that in northern India, in the sort of Himalayan mountain range, they’ve got a lot of human-wildlife conflict that takes place because you’ve got villagers who’ve got goats and cattle and yaks, and these animals are being attacked by the snow leopards, by the bears, by the wolves out there, so they’re poisoning them. But these animals are incredibly rare. Their habitats have been demolished over the last 50, 100 years. And so the campaign was kind of exploring that human-wildlife conflict specifically for lawmakers and policy changers so that they could witness what’s going on out there, meet the villagers, but then also come kind of nose-to-nose with these wild animals.

So the snow leopard was an insane break. Everybody who works out there and who does camera trapping of snow leopards said it’s absolutely impossible, and here [are] these two Joburg okes coming along with this lofty idea that we’re going to film snow leopards pretty much manually – one of the most elusive animals in the entire world. We fantasised about filming them that entire shoot and every night we said, hey, if nature wants us to tell this story, the door is going to open.

On the very last day of the shoot, we had this old village guy come knock on the door and sort of articulate with his hands that there was something weird going on up on the slopes. So we hiked as far as we could possibly get, pulled out a scope, and saw these snow leopards on an ibex kill. What we try and do when we film wildlife is we try tap into the natural behaviours, and so we know from the common African leopards that those leopards will usually feed and then move away, go drink water, and then come back to their kill. So we said, hey, if these guys do that, I will trek up this mountain at all costs and I will get a camera down next to that ibex and try and film these snow leopards. That’s exactly what happened. They moved off onto the rocks, [we] hiked up there, pretty much passed out – I mean, I think it was 16 or 17,000 feet – I got a camera up there and by just sheer luck and technological stars aligning, we were able to film 45 minutes of these three snow leopards approaching back down to that kill, feeding, interacting with each other – it was just absolutely mind blowing.

On the impact of virtual reality as a technology:

A lot of people think of VR as a new technology but it’s been around for the last seven or eight years and that time has allowed people like us to explore how to make it useful. The pandemic has kind of flipped that onto its head too, right? People can’t travel, people can’t be in the same physical space as each other. It’s been incredible seeing how virtual reality is becoming a tool to bring people within proximity to each other.

You know, an example of that is an event that we produced last year. Normally takes place in the real world and it’s a wildlife festival – takes place in Durban – and they were looking at canceling the whole festival. We said to them, look, there’s this new technology we’ve been looking into called social VR. And so social VR basically puts people into a virtual environment they can walk around and explore, but they are represented as avatars of themselves and so are all the other people around them. So you’re running around with 300 other avatars and you can speak to them in real-time and experience these incredible environments.

So, you know, instead of the keynotes taking place at Sandton Convention Centre or the Durban Convention Centre, you’re in a jungle ruin. You’re in a bioluminescent cave, you know, and so it unlocked all this incredible potential. We shipped all these headsets across the world to people in India, North America, throughout Africa, and so there were people in their apartments and houses locked up, putting on a headset and teleporting them into this incredible collaborative environment. It’s been amazing to see.

On using holograms for the purposes of education and creating awareness:

Holograms fit beautifully within this kind of tool chest of immersive technologies and there have been some very exciting advances in that hardware. So, for example, there’s a company called The Looking Glass – so the looking glass is a slab of glass – and what’s so cool about it is it’s not just a photorealistic computer-generated model that seems like it’s got depth inside that little block of glass, but it’s interactive. So there’s a sensor that can track your fingers and for example, with this frog, when you wave your fingers in front of it, the eyes track your fingers and if you stop moving your finger, it then lashes its tongue out and kind of, you know, simulates feeding on a fly. So it brings to life a lot of opportunity. You know, kids go to zoos, for example. They bang on the tanks because they want that feedback from the poor snake, turtle, or whatever it is in the tank. But we can now kind of generate those moments using holograms. So I think they are very powerful.

Technology is sometimes intimidating to a lot of people who don’t work in that space. But [the] best use of technology is always a simple use case. For example, with the holograms, you can – as an engineering firm or an architectural firm – you can preview and see physical components before you’ve even started manufacturing them to try and see if there are going to be any flaws or see how it reacts with other components. So all of it really is there to achieve a specific need, and I think the lack of physical proximity in this new, post-pandemic world we’re living in, these technologies are coming front and centre stage. So it’s really just about exploring usefulness and value.

On the key message he’d like South Africans to embrace:

I think with where our hearts are aligned as a business – as Habitat XR – is just that we rely on nature far more than we think we do. Everything is absolutely interconnected and changing the culture of how we consume and approach nature is an incredibly important thing for our own wellness. Everyone has a part to play. We’ve learned that.