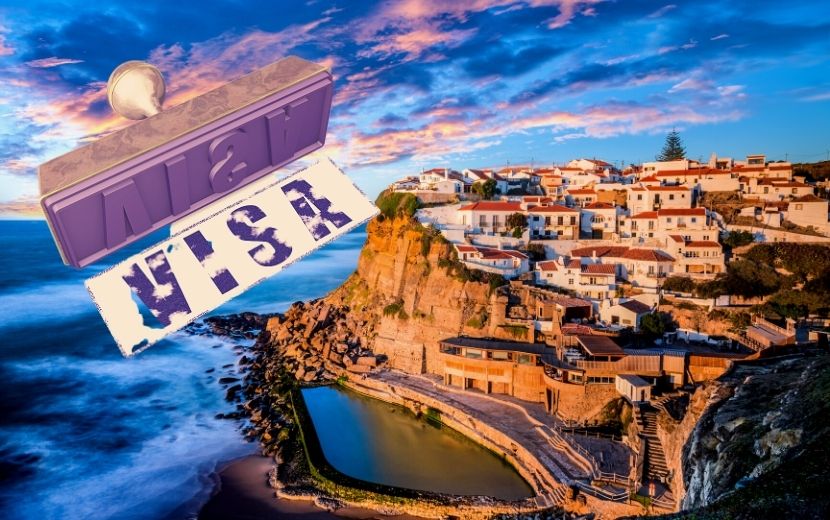 The appeal of a life abroad has increased for many South Africans whose faith in a prosperous future for our country has steadily waned in recent years. In this interview with Andrew Rissik, Managing Director of FX and Investment Migration at Sable International, Rissik outlines the long-anticipated changes coming to Portugal’s Golden Visa programme. Rissik also stresses that – while the deadline to submit applications for a Golden Visa at the current rate of €350,000 is technically 31 December – Sable International will stop accepting applications in the next 2-3 weeks to account for the protracted logistics involved in processing these applications. – Nadya Swart

There is a frenetic rush at the moment going on around the Portugal Golden Visa. So, maybe just to give a little bit of context, the Golden Visa programme has been going since 2012 and predominantly been real estate investments. And a couple of years ago, private equity as a category was introduced at €350,000, which was €150,000 less than the cheapest property option in those days. So it became quite popular. But yes, a big change is coming at the end of this year. So the programme will continue, but they’re starting to be a little bit more clever about where they’re directing investments, so all the prime real estate areas will be excluded. And then the other big change is obviously around the private equity, which will be increasing from the minimum of €350,000 to €500,000. And that means you’ve got to get your application in by the end of the year.

On the deadline for the Portugal Golden Visa application submission:

So it’s important that it is technically by the 31st of December. So, any applications that have not been submitted into the system and receipted as received by the Portuguese immigration authorities will then not qualify. So, in fact, we’re almost at the stage in the next sort of two weeks where we’ll probably stop taking applications, because of the logistics of getting an application for a client together. There’s a lot of documentation that a client needs to collect on this side before we can actually collate the full application.

On why understanding this deadline is so important:

It’s critical that people understand this because what’s going to happen [is]; there are lots of people – I mean, every time I go on to Facebook or anywhere, I’m just seeing new Golden Visa experts and they’re all punting this because they know that there’s a sense of urgency – and everyone’s kind of got a plan to try and get in at this rate before it goes up.

You’re dealing with government authorities – with Covid still being used as an excuse for nonperformance from a lot of these departments. It’s making life a little bit more difficult. So as long as people understand that there is that risk – if we don’t get the application in, they’d have to then chip in another €150,000 to qualify then.

On the influx of Portugal Golden Visa applications received:

I think the sense of urgency is being built up about the increase. Private equity as a sort of industry coming out of Portugal is very new, and what one needs to be quite wary of at the moment is lots of property developers who are wrapping their projects into private equities because of the changes in the real estate legislation.

So I think there’s a lot of risk. But we’ve seen, even before the sort of panic around this deadline, a big uptick in applications this year – really driven by all the economic bad news that we’re seeing here. People are starting to really get quite jittery. The riots in July in KZN and Gauteng were an absolute tipping point for a lot of people who, I think, up until now have been quite happy sort of sitting here without a plan B. So there’s that sort of panic that’s going on as well. So percentage wise, we’ve seen a massive uptick in inquiries and people committing.

On the risks associated with the Rebello Private Equity Fund:

I think there’s no investment in the world that is risk free. I think that we’ve been around long enough to see and really get to understand the Portuguese investment environment. There’s some very risky investments on offer in the market at the moment. There are people, you know, sort of posing as experts and coming in and targeting vulnerable South Africans. Rebello itself is a project that we work very closely with. It’s got a very strong real estate component.

The private equity part of it is [that it’s] essentially a boutique hotel and it’s in a hotel chain called BomPorto Hotels. We’ve been working with these guys since 2014. They’ve got two really nice hotels in Lisbon. The Rebello itself is a fantastic site in Porto on the Douro River, and it’s going to be a five star boutique hotel. It will be completed at the end of next year.

Look, a lot of clients will chat to us about wanting diversity within the fund, and that is one of the things that we obviously don’t offer under Rebello Private Equity, but we had no intention of making an open fund. We want people to understand that what they’re investing in is essentially a boutique hotel on a UNESCO World Heritage site in probably the most popular city in Portugal, which from a tourism point of view is a very popular country. So, you’re basically investing in a great real estate asset that’s wrapped in the fund, and the yields will be driven by tourism in a country that’s popular.

Obviously, Covid’s been quite a wake up call for everybody and people are bit skittish about tourism, but I mean, Portugal genuinely is one of the most vaccinated countries now. I’ve just been there for six weeks, and it’s not like South Africa. It’s really opening up again. And I would say that by the time the Rebello actually opens and the hotel starts to settle, hopefully the devastating effects of Covid will be something of the past. But, you know, one can never guarantee when the next Covid is coming along. So, I think that’s the risk.

In terms of the developer and the hotel operator and the team around the investment, I’ve got absolutely no problem with them. As I said, they’ve got a great track record. We’ve worked with them for over six years now, and the clients invested in their other hotels are all very happy – even having gone through the worst of the Covid. None of them have had to put any money into the investments. The investments are all still there and they’re performing, and they’ve actually had a good summer.

I think the biggest risk of private equity, whether it’s a Rebello or any other one; [is that] by nature, private equity is quite illiquid. So if a client, for whatever reason in the five or six year period of needing to hold a Golden Visa investment needs to liquidate, that could be a slight challenge because you probably really want to be waiting for the fund to do the exit at the end of the fund life.

On the health of Portugal’s economy:

Look, I think when you’re looking at it from a South African perspective – we’re an emerging market, we’ve got an economy under immense pressure, it was in a disaster state before Covid even hit – so I think anything relative to us in the first world is probably a good hedge and a good bet. But I think Europe, you know, in global terms, is not showing massive growth.

But what you’ve got to understand about Europe; it’s highly educated, there’s lots of capital there. And I think that a country like Portugal is working really hard after the economic crisis of ’08, and then they got their bailout in 2012. The Golden Visa is one of many measures that the government put in place to attract foreign capital and other investments.

Look, all the European economies have taken a battering since Covid, but [it’s] incomparable to South Africa – it’s not that bad. But all the countries in Europe have definitely increased their debt, much like we have, but I just suspect that they’re going to be a lot better at trading out of it than we will. So from that perspective, I’m quite bullish about Europe.