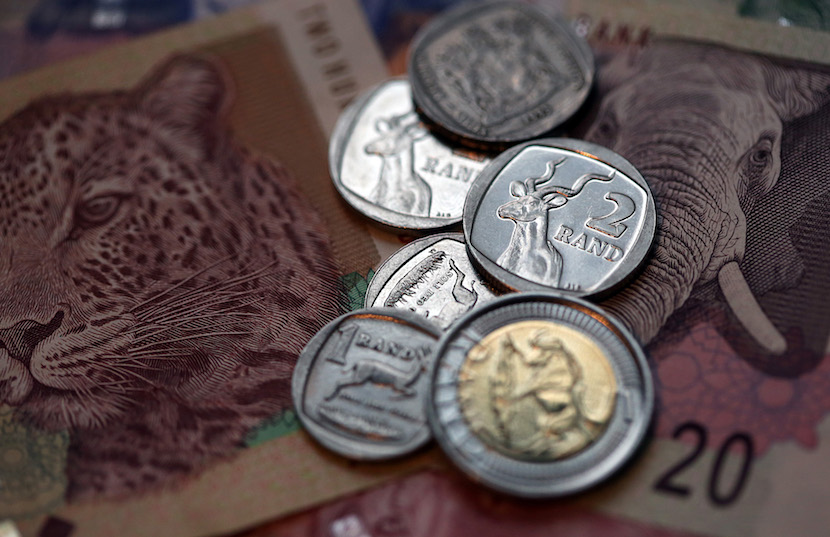 After being called bullish about the rand, TreasuryOne’s currency expert Andre Cilliers is confident the rand can remain entrenched between 14.50 and 14.85 in the “very, very” near term. Cilliers told BizNews that the rand strength is supported by peace talks between Russia and Ukraine and although people tend to forget the impact of the war is as it drags on, it is still very much at the forefront. Cilliers also weighs in on Moody’s revision of South Africa’s economic outlook to stable, Putin’s insistence that Europe pays him in rubbles, and the impact on the economy of billions of rand returned to the Treasury by the North West and other provinces. – Linda van Tilburg

Two weeks ago, when I spoke to Alec Hogg, we discussed it and he suddenly called me a rand bull because I said the rand could go to R14.50. We’ve reached that and we still not very far off from that…

Well, I think that for the very, very short term, the rand is now firmly entrenched in a 14.50 and 14.80 trading point. We should not forget that two weeks ago, when I said if we break the 14.80, we could go down to 14 and half very, very quickly. Exactly that happened. Now we’re in that trading range, so it needs to break on either side to reach new levels. I think on both ends – with what’s happening in the short term – it would find it difficult to break out of either of those two sides and it would remain there for the short term. If we look slightly more to the medium term and we’re speaking two to three months and up to the six-month area, I would think the rand has strengthened a heck of a lot already from where it was. I do think it does influence our trade figures quite aggressively and it is slightly negative at these strong levels for exporters because they are not doing as well as they should. That could have an impact in terms of our trade. So, I would expect if we look at that medium term, we would break out at the 14.80 level side and move back into a 14.80 to 15.50 level. But as I say, that is not short term. That’s more to the medium term; two, three to four or five months that would happen.

Russia/Ukraine optimism still at the forefront

What we have seen last week with the employment figures that came out and the movement of the dollar, and also on the back of what happens with the talks between Russia and the Ukraine, there was a slight optimism about that. We must not forget it is still very much at the forefront and very important. We have short-term memories and we tend to forget about the impact when something drags on for six weeks but that impact is still there. We have seen the oil price coming down slightly. We have seen there are talks heading slightly in better directions, and all of that led to the euro doing a little bit better and the dollar was a bit weaker. Of course, it also aided the rand, remaining at the strong levels where it is currently. This morning, the dollar is regaining some of that strength with minimal impact on the rand at this stage.

If we go back to our budget reading, when [the Finance Minister] Mr Godongwana did that, we recall he’s had a very nice windfall on tax revenue. If we just listen to the what the Receiver also released here at the end of March, the collection figures for the fiscal year were at excellent levels. So, when we look at tax income and the statistics the minister gave us, we appeared better in terms of our deficit as a percentage of GDP; better in terms of our loans as a percentage of GDP. And Mr Godonganwana stayed and steered the way of fiscal discipline. He remained on that path laid down by Mr Mboweni. Yes, those better statistics are on the back of an economy that was rebalanced and the growth figures came out and the size of the economy was increased. But all of that makes for good reading; we are actually in a stable environment. So yes, I would concur with Moody’s outlook completely. We are not yet there where we can say it’s a positive outlook. We need to move back to the positive and get ourselves closer to investment grade. But at least in terms of what was said, we are on the right path and that helps.

Commodity prices remain slightly elevated. It’s a heck of a lot lower than what it was at the start of the war. But also, part of the game there is the whole Covid-19 situation in China. We must remember there were a lot of lockdowns there and harbours were closed. Its impact on the world economy and expected growth in the world economy was expected to be lower because of that, and that the demand for commodities would be a bit lower. The delivery of [commodities] was expected to bottleneck and impact the prices of commodities, but they remain slightly elevated. As we come out of these situations and world markets normalise again, we should see a further slight incline in commodity prices but more so on precious metals.

What also brings our economic growth into contention is how several billions of rand was returned to Treasury by the North West Province; it seems to be a similar situation in all the provinces. When we look at what our president says and what everybody speaks about in terms of economic growth, job creation and so forth … if we don’t even use the money that is there to be spent – money that could be spent on infrastructure projects, the fixing of roads, potholes, renewable energy, you name it. I mean, there’s money to be spent on it, but it’s not being used. Now if we don’t even use that, how will we use new money that comes into the situation? And that is money that creates positions, much-needed positions, positions that people get money and that money gets spent in the economy. The government gets its spin off VAT collection from that, but much-needed economic growth. So, all these things into the pot, we need to get this economy going, spend our money wisely and not sit back on our backsides.