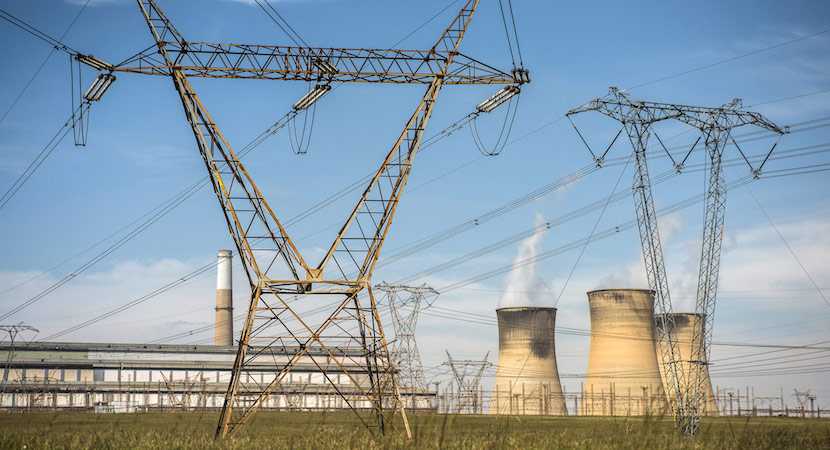 CAPE TOWN — This is a potent illustration of how civic society organisations protect us all and hold a corruption-crippled, impoverished ‘quick-fix’ government to account. A reading of this environmental NGO consortium’s court application shows that the chances of winning – and preventing us from adding air-induced diseases to the threats from maintenance-free water-recycling plants and polluted groundwater, are excellent. So intent are our various tiers of government on (rightly, but clumsily) restoring equity and fairness, that they’ve neglected virtually everything else. Nasty, cheap short-cuts or ignoring vital maintenance have become the outrageous norm, as illustrated by this sly bid (how else can you describe ignoring civic consultation requirements) to double minimum harmful emission standards. Stolen blind by Zuptoids and their tenderpreneur cronies, a beleaguered Eskom is now trying to save money by getting its political masters to allow its coal stations to double their air pollution. It might save billions and even contribute to kickstarting the economy – but at the cost of thousands more pollution-induced deaths and a degraded quality of life for anyone living remotely close to coal-fired powered stations. – Chris Bateman

Environmental justice group groundWork, represented by the Centre for Environmental Rights (CER), has launched High Court proceedings [1] against Environmental Affairs Minister Nomvula Mokonyane and the President of South Africa to set aside government’s plan to double the amount of the harmful pollutant sulphur dioxide (SO2) polluters are allowed to emit.

The weakening of the standards gazetted by the Minister would allow all coal-fired boilers to emit double their previously-allowed SO2 pollution from 1 April 2020. This includes the already heavily-polluted Vaal, Highveld and Waterberg Priority Areas, where coal pollution kills thousands of people every year.

If the court agrees with groundWork, big SO2 emitters like Eskom and Sasol will have to act immediately to reduce their pollution and so reduce their impact on people’s health and well-being. This will require significant capital expenditure – which industries want to avoid – or they could face both criminal and civil action for violating the law.

The doubling of the SO2 standards – from 500 mg/Nm3 to 1000 mg/Nm3 – was introduced by the Department of Environmental Affairs as an amendment to important air pollution standards known as the minimum emission standards (MES) – but without first publishing the proposed doubling of the SO2 standard for comment as the law requires. Had these proposed amendments been published for comment, groundWork and other NGOs would have strenuously objected to weakening the SO2 MES. On 31 October 2018, then acting Minister Derek Hanekom proceeded to publish the amendments to the MES in their final form.

The Air Quality Act makes clear that any proposed change to the MES has to be published for public comment and must “contain sufficient information to enable members of the public to submit meaningful representations or objections.” Although other proposed changes to the relevant law were made available for comment in May 2018, there was no indication whatsoever that any changes were being considered in relation to the MES for coal-fired boilers.

For some six years, groundWork and its partners in the Life After Coal Campaign, the CER, and Earthlife Africa have been opposing ongoing efforts by industry – in  particular the two biggest polluters, Eskom and Sasol – to delay and evade meeting more stringent air pollution standards. In fact, when the MES were first promulgated, despite their active participation in the multi-year process to set them, both Eskom and Sasol sought to be completely exempt from the MES. Subsequent to that failed attempt, both have brought multiple applications – the majority of which have succeeded – to delay compliance with the MES. In 2014, Sasol brought a court application – which it withdrew when its applications to postpone MES compliance were granted – seeking to set aside the majority of the MES.

SO2 is a notorious pollutant that causes significant harm to human health and the environment. It can affect the respiratory system and the functions of the lungs, and causes irritation of the eyes. Inflammation of the respiratory tract causes coughing, mucus secretion, aggravation of asthma and chronic bronchitis, and makes people more prone to infections of the respiratory tract. Studies have linked SO2 to low birth weight in infants and an increased risk for gestational diabetes mellitus, stillbirths, and pre-term births. Hospital admissions for cardiac disease and mortality increase on days with higher SO2 levels.  When SO2 combines with water, it forms sulphuric acid, which is the main component of acid rain.

“Air pollution from coal mining and power is already killing thousands of people every year in places like the Mpumalanga Highveld. Instead of enforcing compliance with our already weak standards, government now wants to weaken the standards even further. If government will not defend the right to a healthy environment, we have no option but to ask the court to do so,” says Bobby Peek, Director of groundWork.

The Minister has indicated her intention to oppose groundWork’s court application and her answering affidavit is expected at the end of May.

[1] The founding affidavit is available below: