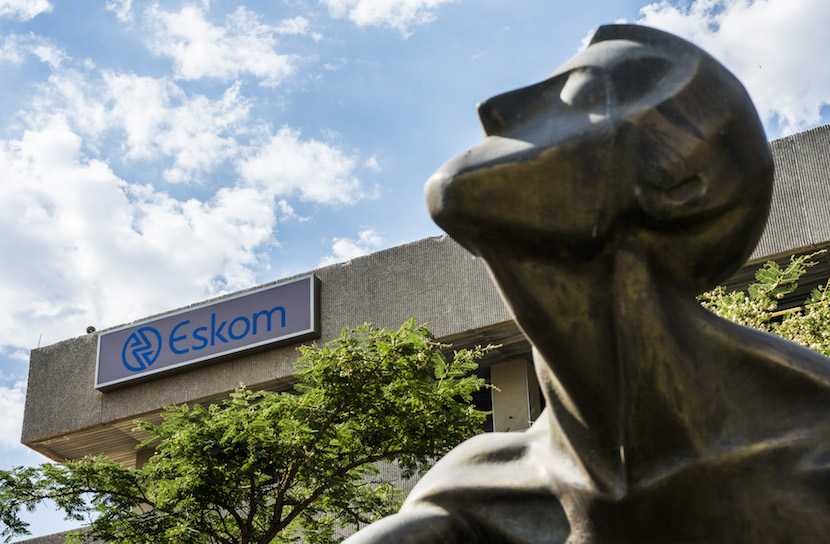 EDINBURGH — The world spotlight is on Eskom, the state-owned entity that controls electricity provision across South Africa. In the Zuma years, Eskom became a prime site of state capture and corruption. President Cyril Ramaphosa has been moving to clean up on graft, but the challenges are enormous. As the Financial Times reports to its global audience, Eskom required an emergency $355m bailout in order to stop a catastrophic debt default this month. Finance minister Tito Mboweni told parliament – in a report seen by the Financial Times on Friday – that he was forced to authorise the previously undisclosed bailout when a Chinese state lender failed to release promised cash to the utility. “Without the urgent funds, Eskom would have run out of money to pay massive debts when it was already struggling to fix severe power shortages that have throttled the economy in recent weeks. Eskom’s woes are the biggest economic problem facing the ANC as elections loom,” warns the FT. – Jackie Cameron

By Colleen Goko and Paul Vecchiatto

(Bloomberg) – Less than a week after the boss of South Africa’s Eskom Holdings SOC Ltd. declared “the days of surprises are over,” documents show the government was forced to pay R5bn ($355.2m) in emergency funds so the state-based utility could meet obligations.

The payment on April 2 was intended to let Eskom to pay bills due at the end of March, and avoid a call on its existing guarantees after a loan expected from the China Development Bank failed to come through in time. The amount repaid a R3bn bridge loan from Absa Group Ltd., according to a letter to parliament from Finance Minister Tito Mboweni and released by the opposition Democratic Alliance.

“The key here is that this news has been buried in parliament, though in the public domain it is exceptionally hard to find out, and not communicated openly with Eskom creditors,” said Peter Attard Montalto, head of capital-markets research at Intellidex. “Eskom is operating much closer to the edge than most investors realise. Given the blanket National Treasury guarantee this is not an issue for Eskom, per se, but it is for the sovereign.”

The government announced a record R69bn bailout for Eskom in February to be paid over three years. Of that, R23bn is pledged for the current financial year. Based on the 2% limit of the appropriated national budget, only R17.7bn can be transferred. The remaining balance will have to be subjected to the normal appropriation process when parliament is constituted after the May 8 election.

The R23bn required a special bill that didn’t come up before parliament completed it business before the election. The National Treasury had targeted disbursement between August and October 2019.

“Because were are in recess for the election period we can not process any new bills which have to go through a proper procedure of consideration and engagement with stakeholders,” Pinky Phosa, chairwoman of the National Assembly appropriations committee, said by phone from Johannesburg. “The new parliament will have to consider these reports once it takes over.”

President Cyril Ramaphosa is under pressure to chart a new strategy for the money-losing utility while retaining the support of trade unions ahead of the vote. He also needs to preserve South Africa’s sole investment-grade credit rating with Moody’s Investors Service. Rating companies have cited Eskom as one of the biggest risks to the sovereign.

Mboweni warned that Eskom doesn’t expect to be able to generate enough internal cash to meet its obligations over the next five years. The government and Eskom are in talks on how to secure the company’s “long-term financial sustainability.”

“Even after accounting for funds raised, cash flow is not adequate to fund its capital expenditure program,” he said.

Adrian Lackay, spokesman for Public Enterprises Minister Pravin Gordhan, said the ministry was “confident” that the China Development Bank would carry out its commitment to help capitalize Eskom.

Eskom ‘is not on the brink of financial collapse,’ Gordhan says

By Ana Monteiro and Felix Njini

His comments come after documents last week showed the state was forced to pay R5bn ($353m) in emergency funds so that Eskom Holdings SOC Ltd. – which is battling with declining revenue, higher costs, and keeping the lights on – could meet obligations.

“We have had an extreme financial difficulty as a result of state capture – the damage that has been caused has been huge,” Gordhan said on Johannesburg-based Talk Radio 702. He was referring to the process in which billions of rand have been looted from government coffers through the use of political connections to secure appointments of allies to key state posts and win contracts. “We understand what changes need to be made.”

The government announced a record R69bn bailout for Eskom in February to be paid over three years. Of that, R23bn is pledged for the current financial year. Based on the 2% limit of the appropriated national budget, only R17.7bn can be transferred. The remaining balance will have to be subjected to the normal appropriation process when parliament is constituted after the May 8 election.

The R23bn required a special bill that didn’t come up before parliament completed it business before the vote The National Treasury had targeted disbursement between August and October 2019.