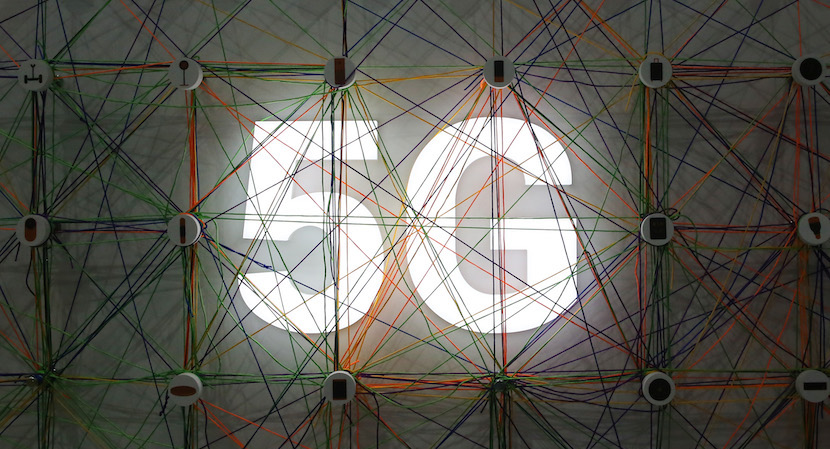 JOHANNESBURG — At the Mobile World Congress in Barcelona, Spain this week, South African data-network upstart ‘Rain’ announced that it would be rolling out 5G networks in the country over the coming months. No doubt, this will spark a 5G arms race with other big local networks joining in. 5G, in a nutshell, will offer fibre-like internet speeds over the airwaves. This means that it could even disrupt the massive fibre-to-home-and-office networks that have spread rapidly across SA urban nodes in recent years. And Morgan Stanley, in this below article, outlines the potentially huge investment opportunities in this new telecoms gold rush. – Gareth van Zyl

The promise of faster and more reliable connections has driven consumer anticipation for fifth-generation mobile networks, or 5G, but for wireless providers and investors, the technology could drive significantly more than a speed upgrade.

Indeed, 5G stands to revolutionise global mobile telecommunications. It will open an assortment of new use cases and markets, drive major changes in market structure and create a new paradigm for pricing. For telecoms in leading markets, such as China, the US, Korea and Japan, these themes will emerge as the main share-price drivers over the next decade – a good deal of which isn’t yet priced into valuations.

In a recent report from Morgan Stanley Research, a collection of the firm’s telecoms strategists move past the headlines and take a deep dive on the impact of 5G on telecoms and share prices. They estimate that the game-changing network could generate incremental annual revenue of $156bn from seven 5G use cases over the next decade – 40% of current mobile service revenue.

Although 5G will take longer to reach maturity than previous cycles, the technology will emerge as the most important value driver for the wireless industry over the next decade. Here are some key issues for the industry.

First, there’s the issue of how much global telcos will spend to build the 5G network. The report’s lead author, equity analyst Gary Yu, forecasts capital expenditures of $872bn through 2030, 1.7 times the cost of building out 4G. The high cost of acquiring spectrum – a scarce global resource – is a key part of these costs because 5G needs new spectrum across different frequencies to operate effectively.

“Another potential change from 4G to 5G is that China, the world’s biggest telecom market, will change from a follower to a leader in this cycle, rolling out its 5G network together with traditional leaders the U.S., Japan and Korea,” says Yu. Although the synchronized rollout could help to lower initial 5G equipment pricing through scale, Morgan Stanley estimates China’s 5G capex at around $421 billion over the next decade which could initially drag down return on invested capital and become a negative catalyst for telecom shares.

In other regions, the lift could be lighter. The report adds that in the U.S., the Big 4 carriers could spend $26bn on spectrum purchases over the next three years, along with total 5G capex of $265bn. The report also forecasts $129bn in Japan and $58bn in Korea over the next decade.

Although the costs of rolling out 5G are high, so are the benefits. 5G will offer unprecedented bandwidth, speed and capacity, which will support new applications and a better experience on traditional smartphone connections.

The report estimates that the top seven 5G use cases could drive $156 billion of incremental annual revenue by 2030. These are:

In the US, fixed wireless – broadband without the cable – will likely be the earliest use case for 5G, while in Asia, operators may focus on Internet of Things (IoT) for the enterprise/industrial segment. Morgan Stanley analysts believe that operators with dominant enterprise/industrial market share, particularly Asian telecoms, are well-positioned to tap these sizeable opportunities.

One mission-critical IoT application for 5G is self-driving cars, which have high requirements for seamless coverage. Autonomous-vehicle data could increase global wireless traffic by 40 times over current levels, delivering a boost for telcos comparable to the iPhone in 2007.

For investors, another key aspect of the rollout is an industry shakeup. The rollout of 5G could trigger industry consolidation or bring disruptive entrants. Indeed, the two usual reasons for consolidation – spectrum and capex – could be magnified in the 5G era. Faced with limited resources to acquire new spectrum and build expensive networks, smaller wireless providers will be forced to seek M&A opportunities or get shut out of the 5G market.

5G could also attract new entrants to the industry thanks to additional markets such as industrial IoT applications. “In the US, while wireless carriers are clearly interested in leveraging 5G for manufacturing automation use cases, other vendors could leverage private 5G networks – perhaps using unlicensed spectrum – to provide end-to-end solutions to industrial customers,” says Simon Flannery, equity analyst covering North American telecom services.

Big tech companies could also play a role, given their strong interest in the connected home. A jump from the home to the enterprise market could be close behind.

The return of pricing power

The business-to-business model, with its potential for premium pricing and added innovations, could also spawn new pricing models in which operators charge more for superior performance vs. usage. Markets where the number of effective players could shrink, such as the U.S., should also see operators regain some measure of pricing power.

“Many upcoming industries related to the 4th industrial revolution like AI and drones will require the enhanced functionality 5G can offer,” adds Flannery. “And while the immediate opportunities may be limited, we believe revenue opportunities will emerge as technologies such as cloud-based gaming, autonomous vehicles, and remote surgery become mainstream. The business opportunities for 5G are just exponentially bigger than previous generation networks.”