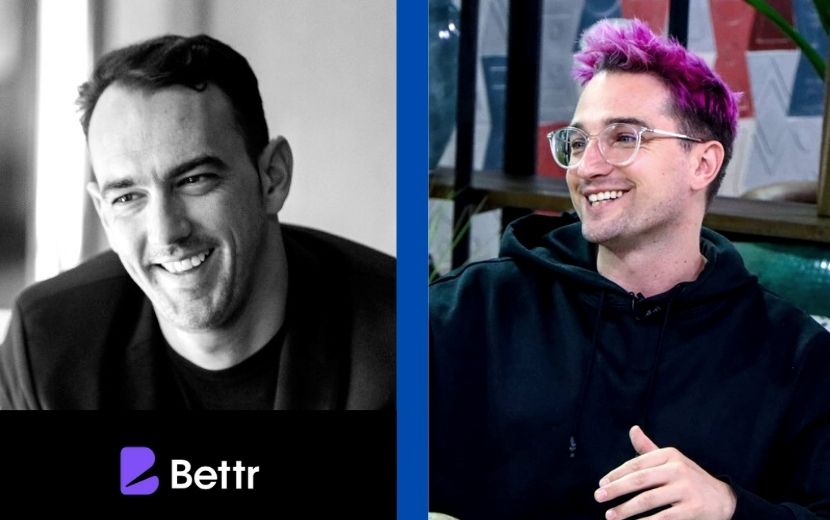 Bettr is a South African digital banking app and virtual card, which is introducing a new culture of money. Bettr founders, Tobie van Zyl and Grant Hinds, joined the BizNews Power Hour to discuss the advent of digital banking and the traction the app is gaining. Van Zyl, CEO of Bettr, weighed in on the ‘super app’ from Vodacom and explored the fascinating way in which the world of digital banking and the fintech space is developing into a new creative economy. Hinds, a social media sensation, avid gamer and YouTuber, could hardly contain his excitement ‘about what Bettr is and what it dreams to be’. – Nadya Swart

Tobie van Zyl on giants like Vodacom coming into the fintech space:

We get excited because finally fintech is giving consumers more choice, and if you look back in the last 20 years – we didn’t have much until Time Bank and Discovery kind of came in. But the thing about traditional banking is that it’s a traditional business model, and what fintech does is it really tries to do what bitcoin or blockchain does – it decentralises and really democratises. You’ve got to pick your lane where you want to play in, and I think Vodacom is a powerful brand and they’ve got a lot of money behind them – but the super app concept, you know, works well for large populations where you have a lot of attrition on the product itself.

My biggest thing, if I have to think about it, is Vodacom – much like any other mobile network provider – we really can’t trust them to the degree that we can trust, let’s say, financial institutions. I mean, our data expires, our data disappears. You know, we’re enslaved into very expensive contracts for a long time and can’t get out of it. Would I trust a mobile network operator with my money? Personally, I won’t.

Grant Hinds on how he became involved in Bettr:

Well, actually it was a long time coming. I’ve been involved in the gaming industry for the last 12 years and I had just come back from doing some work with some successful YouTubers for a year abroad in the UK and moved back to South Africa. And Toby and I started talking a couple of years ago about what Bettr is and what it dreams to be – and I got really excited because abroad we had Revolut and Monzo.

Monzo was one of my favorite experiences about being abroad, and I just like wax lyrical, showing him my card – because I still have my card in my wallet. It was such a great, frictionless experience that just didn’t exist back at home. And I was like; ‘It’s wild that you’re talking to me!’ I mean, I nerded out. I was on one of the trains and there was a developer, obviously on deadline or something with a Monzo hoodie on the floor of the train with his laptop. And I was like, do I go to speak to him? Because I really like what he’s doing, you know? Anyway, I chose not to. He looked like he was busy.

Hinds on the status of Revolut, Monzo and fintech in SA:

They’re not here at the moment. And as far as I know, it’s going to be a long time before they get here. Tobie has done a lot of the groundwork with his team to bring Bettr here. It’s been a long time coming. As you say, you’ve been speaking to him – this doesn’t come out of nowhere. This is a project that’s four and a half years in the making, and there’s some really exciting things just on the verge of this moment – which is also really cool. And gaming is just one of those markets. [The reason why] I’m involved – it’s just one of those markets where we have 11 million gamers in the country. A lot of the services that we use are kind of on the fringe. We use all these digital services. We love spending money online.

We represent Gen Z’s and millennials, and there’s nothing that really caters to us. There’s no products in banking that work for us. It’s all this archaic infrastructure. The way you do your KYC – it’s headache inducing that nothing was thought through. One of the most mind blowing things was having to do my tax and realising that I couldn’t search more than 12 months of my bank statements on the app and then having to go into a physical bank and getting that printed and then them charging me for it! But I can search my Gmail…? It’s wild! And then they try to tell me how databases work, and it’s like; ‘Listen, I grew up with databases. I know how databases work! It’s text. You shouldn’t charge me for text, please.’ Monzo had solved a lot of those problems abroad and it was great. I never had to walk into a physical space.

I had an HSBC account at the same time as I had my Monzo accounts; had my wallet stolen, both of my cards went missing. HSBC took two weeks to fix my card with voice activated phone lines. I was on the phone for like two hours, trying to validate my voice. Monzo – in the app – I just froze the card. The Uber driver, whose car I lost the card in – called me and was like; ‘Yo, I got your card.’ I brought it back, I unfroze it in the app – boom, boom – I had my card working and I didn’t have to speak to another human being and it was all done from my phone. I was just like, why is banking so backwards? Sorry, I get really excited about this!

Van Zyl on the creative economy and exponential opportunities:

The world has changed dramatically and covid has accelerated that. Right now, banking and financial services are very much designed for a linear world. We all grew up around dinner tables where mom and dad said; ‘Get good grades, go to university, get that job’ – anticipating that we’re going to be working for 65 years at the same job. And with the Internet and the power of creativity, mobile technology – [which is] probably also a reason why Apple is so cash rich, because they unleash people’s creativity – and now in the creative economy; we have multiple jobs, we start making money on the Internet when we’re 13 years of age, [either] streaming how we build Lego or we teach other people how to play gigs or play games. And you know, what that does is it really sets it apart for exponential opportunities – there’s no linear world.

Linear means that banks can predict whether I’m going to be a good payer or not based on my degree. They still judge me on my background, judge me on my income, etc. – not on my potential. And Generation Z is going to be a completely different workforce. They’re going to have multiple income streams. They’re not going to do the same gig for the same amount of time. Maybe they start off being a gamer as a catalyst – but they become an investor or they become an entrepreneur. You know, life changes all the time in the digital economy.

So, the thing that we’re building is for the future of work. We’re building alternative data and credit scoring capability. We are building something that empowers people with multiple incomes to be financially empowered in the first place, not really to be in debt. Our first job is to help people make money, protect money and grow wealth as opposed to earn a salary, get in debt and never be able to retire.