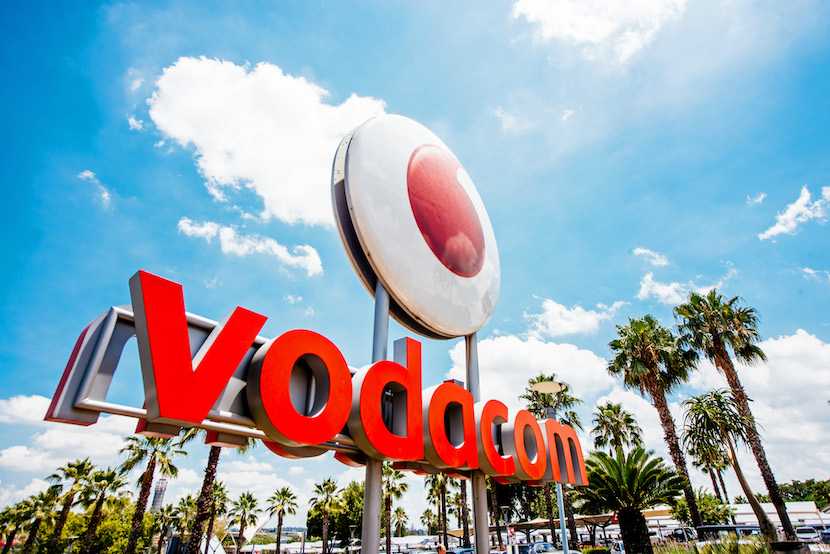 Vodacom, South Africa’s largest mobile phone company, announced this week that it plans to launch a ‘super app’ in partnership with AliPay within the next few months. Steven Nathan, founder of 10X Investments, joined the BizNews Power Hour to discuss Vodacom’s drive into the financial services sector. Nathan, true to form, delivered excellent insight into the company’s new direction and the potential fate of those incumbents who will need to do something quite radical to defend their turf and to reinvent themselves in order to make themselves far more relevant for customers. – Nadya Swart

Yes, it is paying off. I think that (at least) our telco companies have been a lot more conservative in the US. There’s been lots of examples in the US of jumping on the bandwagon of convergence between media and technology and distribution. And most of those have ended in tears. And it’s the disruptors like the Netflixs that have come out of nowhere to dominate the media space. So Vodacom has done well. I mean, their results are very, very solid. Their revenues are up around 4%. They are growing their profits at about 4% and the guidance they’ve given has been to expect profits in the low single digits. They’ve upgraded that to the high single digits.

So, it’s a solid company, but no fireworks. And as you say, if you segment the business; their traditional prepaid contract is falling. So, the revenue that they’re making from voice is falling – those traditional contracts, and where they are growing nicely is in the financial services space. I think the financial services business was up about 19%. So, that is very good growth. They are quite bullish on the potential to become a super app, like an AliBaba and [I guess] a Tencent as well where your customer lives in your app. Not only do they do their communications or their chatting, but also their shopping, their banking and their investing. I think there’s a long way to go before that, but they certainly are running a very solid business.

And I think the last point that’s really interesting about Vodacom is that their margins are quite fantastic. Their EBITDA margin is 40% and their operating margin is 30%. So these are incredibly profitable businesses; enormous cash flows. And the challenge for them is that their core business is under threat – how quickly can they diversify into financial services and compensate for that? On the one hand, they have an advantage because of the technology that they have. The mobile phone, the networks, they have something like – the numbers are quite astounding – I think they’ve got about 40 million contracts in South Africa. A lot of people have more than one contract. So, whether they can convert that would be interesting.

And maybe the last point on that from our side is, if you look at financial services, it seems to be – when all else fails, go into financial services to make money. The banks are there – they’re under enough competition from Discovery, Time Bank, Capitec has done a fantastic job. The retailers are getting into financial services and the telcos as well. So, one wonders how much money there is to be made in that. But certainly, we know that financial technology is on the up and there are going to be winners and losers. It’s an interesting space to watch.

On the environment for incumbent banks:

I think the incumbents worry about lots of things. The legacy in a bank, and here we’re talking about legacy infrastructure – so their whole branch network, where those branches were, and the [way in which] demographics have changed a lot over time. We’re talking about legacy technology – the mainframes, their technology [it’s very old] and legacy products as well. And when you put that together, it means that banks have got to spend an awful lot of money just to maintain the status quo. Plus, they’ve got technology costs which are rising. So you’ve got to have an online presence as well as an online presence. And the cost of your online presence does not lead to a proportionate reduction in the cost of your offline presence.

It’s very difficult for banks to do that. Plus, technology, cyber security is a big issue and regulation is a big issue. So it’s very, very challenging. And in addition to that, South African banks have been operating in a low growth environment. So that’s not great for a bank. A bank tends to be a leveraged play on the economy. And then you’ve got some really smart incumbents. You’ve got incumbents in the traditional banking sense – you’ve mentioned Discovery, Time and Bank Zero. I guess they wouldn’t be traditional competitors. Then you’ve also got the technology competitors like a Vodacom. So it is a very challenging time for them.

On whether traditional banks will be able to hold on to their current business:

I think if I was running one of the big banks, you’d look at the macro economy and you’d say, well, ‘Is the macro-economy going to grow?’ Because as I said, it’s very unusual for a large bank to do well in a poorly performing economy. So there’s almost something that is beyond their control. And if your outlook for the economy is not that great, then you’re going to have to do something quite radical. And I guess that is going to be the challenge for these banks; can they do something quite radical to defend their turf and to reinvent themselves and to make themselves far more relevant for customers?

I signed up to Capitec and to Time Bank and the onboarding experience – the customer experience was exceptional. And I doubt the big banks are going to be able to match that. So the question is, how can they still be relevant to their customers and how can they do that at a price point that is attractive enough? So, those big banks have really got to look at themselves. I guess one of the good points about the banks, if you could look at fintech globally, if you went back, let’s say, five, 10 years ago – the view was that someone in their garage is going to develop this fantastic fintech application and take market share away from the incumbents. That never happened, because what happens is that while fintechs are really good at innovating, developing new technology and being agile, they can’t acquire customers because acquiring customers is very expensive. And the big banks, they’re not very good at innovating, but they have customers.

So if you can marry those two – and I think that’s what the banks have got to do, they’ve got to look for really great partners and that does involve a change in culture. It’s from a kind of command and control culture to a partnership culture. But they have to, in my opinion, do that. Otherwise they will become irrelevant, and I think they will die slowly. As someone said to me, dinosaurs die – but they die slowly. And at the moment, a lot of these banks are looking like dinosaurs.