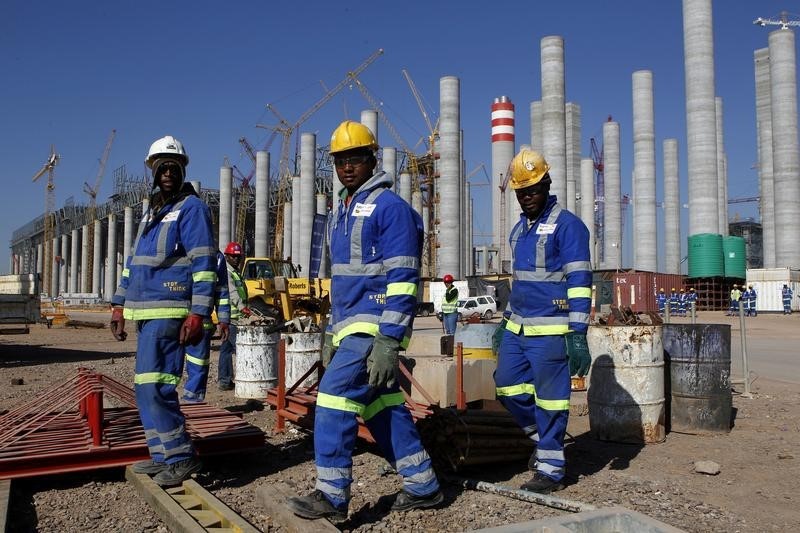 Just when you thought it was safe to follow David Shapiro and jump back into the optimism punchbowl, along comes a dose of sobriety from our go-to man on matters electrical, Chris Yelland of ee Publishers. He is probably even better informed than the Eskom hierarchy itself on matters of mutual concern, and has some more bad news in this update on the long-delayed Medupi power plant. – AH

New technical problems arising during the commissioning of Unit 6, the first of six 800 MW generation units at Eskom’s Medupi power station, may be placing South Africa’s electricity supply at risk.

These problems have made it impossible for Eskom to conduct blow-through testing of the first Hitachi boiler at Medupi at the steam speed, volume and turbulence factor required in the international VGB guidelines and contract specifications, in order to achieve the necessary levels of inlet steam cleanliness to the steam valve and turbine .

Steam blow-through is conducted after chemical cleaning to blow steam through the boiler and associated pipework to the atmosphere, in order to clean the plant of construction debris, particles, scale and other contaminants, and establish and prove the required steam inlet conditions before connecting the final piping to the steam valve and turbine.

As a result of an inadequate design of the temporary piping that blows steam to the atmosphere, try as it might, Eskom has been unable to achieve blow-through at the specified steam conditions to achieve the required levels of steam cleanliness.

As a result, and despite earlier assurances that commissioning of Unit 6 at Medupi would proceed by the book, the Eskom technical team has now decided to abandon further blow-through testing and proceed with the connection of the final steam piping, and other commissioning such as testing of the boiler, turbine and generator protection systems.

The justification by the Eskom technical team for the further delay was that, after seven years of blood, sweat and tears, a self-imposed and largely symbolic project milestone date would not be allowed to place the boiler, turbine and generator, and indeed the whole project, at risk.

The Eskom technical team assured the media and the public that commissioning of Unit 6 would not be influenced by political, management and time pressures, but would proceed meticulously, strictly in accordance with international standards and contractual requirements, even if this meant a few weeks’ delay in first synchronisation.

This decision by Eskom to deviate from international best practice raises the question as to why the utility does not simply replace the problematic temporary blow-through steam piping with correctly designed piping, in order to complete blow-through by the book. The answer given by Medupi Project Manager Roman Crookes is that this would cost millions, and would take six months to replace, thus delaying first synchronisation of Unit 6 still further.

Other questions arise in respect of Alstom’s guarantee, as the steam valve and turbine OEM and turbine works contractor at Medupi. It has been suggested that the steam valve and turbine could suffer serious damage if significant debris, that is said to be visible in the boiler, blows through to the turbine during full-load operation. Eskom denies that there is any significant risk, pointing to a strainer in the steam pipe that filters debris larger than 1,5 mm for the first six months of operation, and thereafter a strainer that filters debris larger than 5 mm.

Eskom also emphatically denies any possible safety risk resulting from its decision to abandon further blow-through testing, including possible damage to the steam valve, which is critical in shutting off steam to the turbine in cases of sudden load loss, to avoid over-speed conditions that could result in catastrophic destruction of the turbine and generator.

When questioned on the implications of its decision on the turbine and steam valve guarantee, Eskom indicated that while Alstom been not been part of the technical team that made the decision, Alstom accepted Eskom’s thinking at a technical level. However, Eskom then conceded that it had not yet engaged with Alstom to reach agreement on the commercial and contractual issues arising, including that of the steam valve and turbine guarantee.

Eskom also stresses that its decision to abandon further blow-through testing was purely a technical decision and deviation to address technical problems arising during commissioning, and was “taken with its eyes wide open after a thorough risk evaluation”, which indicated that not only was the risk very low, but also that any remaining risk could be adequately handled by Eskom.

The question however is whether after so many broken commitments the word of the utility is trusted.

* Chris Yelland is the investigative editor at EE Publishers