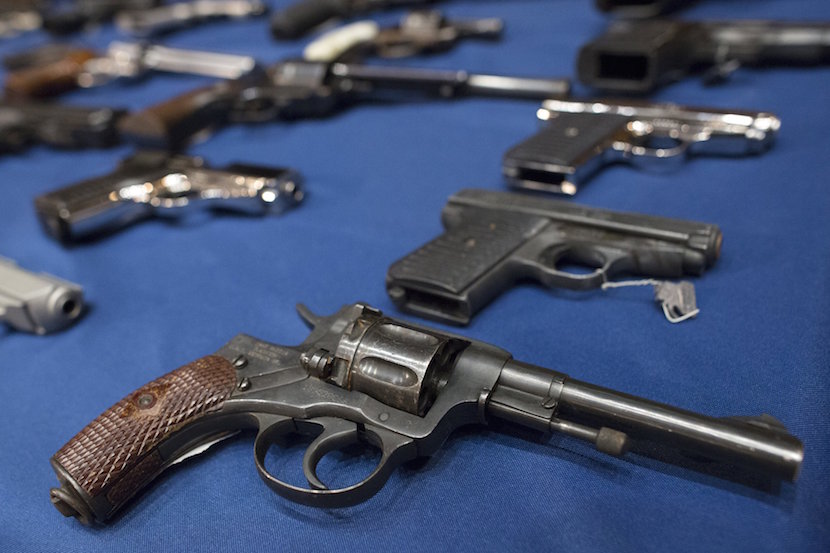 Gun ownership in South Africa is always going to be touchy subject. One I find myself jumping for the fence a lot. Given my family lost a good friend to a hijacking many years back, I tend towards the ‘no guns’ idea. But on the other hand, no one wants to be caught in a gun-fight with fists as your only weapon. Gideon Joubert, recently submitted an open letter to government, calling for relaxed gun control, which generated some lively debate. In a follow up piece, Joubert once again questions government’s stance on gun ownership following the recent National Dialogue on Crime and Violence. Joubert says Police Minister Nathi Nhleko has got it wrong, again. – Stuart Lowman

The Minister of Police, Nathi Nhleko, made a few eyebrow raising statements at the National Dialogue on Crime and Violence held in Boksburg last weekend. Among them was his claim that due to some unspecific loophole in the law, individual gun owners can licence an unlimited number of firearms for sport shooting purposes. As an example the Minister then said “you find one individual with almost 5000 firearms and licences for sporting purposes. We need to find a way to address this.”

These assertions made my jaw drop more than a little, and I frantically browsed through newspapers and media websites in a vain attempt to confirm that the Minister was misquoted. The endeavour proving fruitless, I contacted the Chairman of Gun Owners of South Africa (GOSA) and several sport shooting organisations in order to gauge their opinion on the matter. Suffice to say, they were as surprised at these claims as I was.

There is not a single individual private gun owner in South Africa that possesses even remotely close to 5000 firearms, and this includes collectors. The only possible reasonable explanation for this claim by Minister Nhleko is that because security companies licence their firearms under Section 20 of the FCA, he must have confused a large private security company’s holdings of licenced firearms with those of a private individual. I say reasonable explanation, because the alternative reason would be that the Minister is fibbing.

With regards to Minister Nhleko’s claim that people can licence unlimited firearms for sporting purposes, I would like to request of him to familiarise himself with the ridiculous amount of specious  licence refusals by the Central Firearms Registry since June of this year.

Dedicated sport shooters have had hundreds of licence applications refused for the flimsiest of reasons, resulting in many of them being unable to participate in leagues and competitions for which they bought their firearms in the first place. One of my own applications being among those refused for irrational reasons, I was prevented from participating in a league shoot in August.

The problem has become so serious, that GOSA has been obligated to set-up a separate legal team specifically tasked to look into these refusals and provide assistance with appeals against them, and possible legal action in the event that the appeal fails. It is thus completely untrue that sport shooters are able to just willy-nilly licence as many weapons as they desire, and even if it were the case very few would be able to afford more than a handful anyway; sporting firearms are expensive.

Minister Nhleko then said that “there is a belief in our society that if you own a gun you are safe. But you are not. Anybody who has undergone military training will know that once the other side draws first and you still have your gun in your holster, you are as good as not having it.” I fully agree that owning a gun doesn’t make you any safer than purchasing a magic talisman from a palm reader. It is after all the competent and responsible person wielding the gun that makes the difference: the firearm itself is merely a defensive tool.

I completely disagree with the Minister’s assertion that he who draws first wins. There are abundant examples in the contemporary media of private firearm owners fending off armed robbers and living to tell the tale, even when greatly outnumbered and outgunned.

Considering that the events in Paris on Friday 13 November is still very fresh in our minds, I think it is appropriate to mention the St. James Church Massacre and how the actions of one man saved many innocent lives.

The cadres lobbed grenades into the church and then proceeded in gunning down members of the congregation with R4 automatic rifles. Charl van Wyk, a member of the congregation, removed his .38 Special snub-nosed revolver from his ankle holster and returned fire. He succeeded in hitting one of the attackers, and his actions caused them to flee without carrying out their planned firebombing of the church.

Having met and conversed with Charl a few times, I can unequivocally state that he is the very epitome of soft-spoken and mild-mannered gentility. He is most certainly not a door-kicking, bulked-up Special Forces operator. Yet his brave and determined actions that night in 1993 doubtlessly saved countless lives. The brave and determined actions of a single man, despite the overwhelming odds that were stacked against him, made all the difference.

The Minister correctly emphasised the incredible importance of societal factors on the level of violence and crime in our society, and he is right to place the focus on them. Where the Minister errs is by again using legal South African gun owners as a convenient punching bag to distract from the larger and more difficult to fix problems facing our society.

The Firearms Control Act has failed dismally at curtailing the proliferation if illicitly owned weapons, and has been unsuccessful at putting a dent in our national homicide rate despite being among the most restrictive firearms legislation in the world. It has cost the fiscus a fortune to implement and maintain during a time when government budget deficits have been the rule rather than the exception. Tightening an already overly restrictive and onerous law further is not only unhelpful, it is insane.

Gun owners organisations have been firmly engaged with the Parliamentary Portfolio Committee on Policing and senior SAPS management since March of this year, and we have made great progress despite incredible difficulties presented during the process. We are standing on the cusp of building a partnership with the SAPS and Parliament in order to address the numerous challenges facing us, so please allow us the opportunity to make a difference where previous processes have failed.

Now is not the time for more of the same, now is the time to let us try something new.