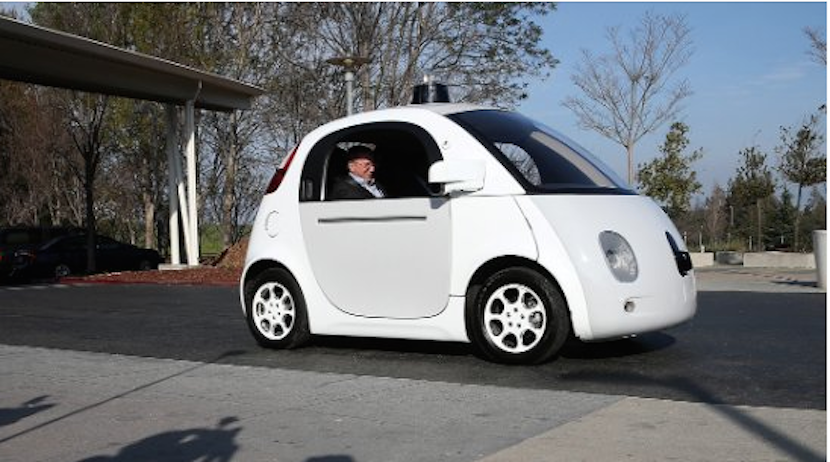 (Bloomberg View) — When it comes to the glorious new future of self-driving cars, I’m something of a bear.

Not a radical skeptic, mind you: I think self-driving cars are coming, eventually. I just think that “eventually” might be further off than people suggest. Getting to “level-four” automation — where the car drives itself, all the time, with no human input — is still a formidable challenge. Getting to level-three automation, where the car mostly drives itself most of the time, seems imminent. But the actual advantages of level- three automation over cruise control and early warning systems seem dubious. If people are distracted when the car needs them to take over, then level-three automation could end up being more dangerous than the older systems. And if people aren’t distracted, which is to say they are grimly staring at the road with nothing to do for hours at a stretch, then it seems worse than actually driving the car.

Nonetheless, I do think fully self-driving cars are coming; I just think they’ll be coming closer to 2030 than 2020. Even a fashionably late arrival, however, raises an interesting question: Who will own the business?

The candidates are essentially four: Uber, Tesla, traditional car companies, or traditional Silicon Valley firms such as Apple and Google. Below I’ll sketch out the main strengths and weaknesses each candidate brings. But first I want to explain why the answer is not necessarily “the company that’s leading the field right now.” And that answer starts with a question: Why does General Electric control so much of the market for Computed Tomography scanners?

Yes, I know you’re confused, so let me get to the point: GE didn’t invent the CT scanner. That honor goes to EMI laboratories.  Godfrey Hounsfield, the inventor, eventually received a Nobel prize in medicine and a knighthood. Yet the market share went to three manufacturing giants founded in the 19th century, rather than the comparative upstart.

Why should this be the case? Actually, it’s not that rare. Innovators often see some other company reap the fruits of their invention. Sometimes that innovator is outdone by another innovator (think Henry Ford and his assembly line), but established companies also horn in on the market. They have a lot of what economists call “complementary assets” to help monetize the invention: manufacturing expertise, distribution networks, sales forces. This is one reason that biotech firms so often end up getting bought by Big Pharma: The small firm may have a great drug candidate, but the big firm has the cash and experience to take the drug through clinical trials, the manufacturing expertise to make the stuff in large amounts, and the distribution networks to put the stuff in the hands of patients.

So remember that when we ask, “Who is going to control this market?”, that is different from “Who is going to have the breakthrough that gives us a level-four self-driving car?” That company may end up owning the market, or it may end up pushed to the side as less innovative firms copy the advances, and push them out to the market using their complementary assets.

So let’s look at the complementary assets of our various candidates:

1) The first asset Apple and Google have is enormous piles of cash. They can afford to push a blue-sky project like self-driving cars almost indefinitely, and to subsidize them for a good long while if they want to bring them to market. The second big asset they have is brand; people love their products. And the third asset they have is that both companies are, in their own way, really good at building user interfaces people like. They already have their own mapping systems well developed, and that will be crucial when it comes to moving those self-driving cars around.

Drawbacks: Neither company has much experience with direct manufacturing, and auto manufacturing, with its combination of very expensive products and high minimum efficiency of scale (a fancy term for how close to capacity you need to run the plant in order to make money), is a direct manufacturing business. That’s very different from the one they’re in, along nearly every axis you can imagine, from design culture to labor force management. If either of these companies places in the race to self-driving cars, expect them to license out the technology, or sell just the systems, not a whole car.

An even bigger lack is experience in dealing with the regulatory oversight and liability issues that define the modern automobile industry. Yes, these companies already worry about lawsuits and regulators. But the difference between the level of compliance and liability that a consumer software company has to worry about, and the level that you need to worry about if you make machines that regularly kill tens of thousands of people a year, is so great as to be a difference in kind, not just in degree.

Finally, there’s distribution. It would be hard to sell an Apple car out of an Apple store.  State laws about auto franchises make direct distribution difficult, as does the need to provide service, and to sell a highly-customized product that costs a lot more than a mobile phone. But dealing with a dealer network is a huge management headache. That’s another reason that I think you’re more likely to see a Toyota with iDriver than an Apple car.

2) Uber has one thing the other companies can’t match: An existing network for dispatching company-owned self-driving cars. If self-driving cars enable a switch to a model of short- term rental rather than ownership, as a lot of people predict, then Uber is well positioned to take advantage of the new technology. They also have a phenomenal amount of data about where people want to go, which could help them stage the release of self-driving cars in a way that others can’t: Map a few highly traveled routes first, and then a few more, and gradually convert your fleet to fully automated.

Drawbacks: Many of the same problems as the companies above, except that Uber has never managed anything. And its “ask forgiveness rather than permission” approach to regulation is not going to fly with the National Highway Traffic Safety Administration, nor with the judges who certify the inevitable mass torts over accidents involving its cars. The biggest problem, however, may simply be that Uber is not yet profitable, and its bountiful private equity funding may not sustain it long enough to put a self-driving car on the road.

3) Tesla knows how to make a car and take it through the regulatory process. They’re a leader in electric vehicles. And self-driving car fleets, which can simply send a car back to the warehouse to recharge whenever the batteries get low, seem an optimal place to go all-electric.

Drawbacks: Like Uber, Tesla has a decent-sized bankroll, but also like Uber, it is still burning cash. If you assume that this is a marathon, they’re going to need to find some way to fund a long gap between today’s cars and the dream car of the future. They also don’t manufacture at huge scale, with all the various headaches that this brings.

And while I do think that self-driving cars will make it easier to move to a fleet-based model for a lot of transportation, there are also going to be folks who want and need their own cars for various reasons: rural residents, people who are in their cars all the time, people who need to be 100 percent sure that they can get a car right now. Tesla and Uber are not quite so well positioned to compete in this market

4) Traditional car makers. Oh, I know. They’re sticks in the mud. No vision. How can they compete with companies that are as hip, with-it, and modern as next week?

Actually, they’ve got a lot of ammunition. For starters, they are used to working the regulatory system. They’re good at it (okay, sometimes a little better than we’d like). They understand liability defense down to their bones. They are already very good at manufacturing large numbers of automobiles. And they have a vast distribution network in place for both fleet and consumer sales.

Their biggest drawback is, in fact, their wealth of assets. Unlike the other firms, car companies already have a large internal constituency devoted to cars-as-they-are, not cars-as- they-might-be, and in various ways, those constituencies are likely to fight efforts to convert to self-driving cars, meaning that the traditional manufacturers are likely to be late to market. Precisely because they spend a lot of time worrying about liability, they are likely to be more cautious than upstart firms. Their dealer networks may resist selling self- driving electric cars that don’t require nearly as much lucrative service as traditional internal-combustion models that routinely get damaged by the stupidity of their drivers.

So who wins? Trick question! My best guess is that it will be a combination: Uber will win dispatch (if it’s still around), and traditional automakers are likely to be making the cars, but the self-driving system may well be purchased from Google or Apple. I could be wrong about that, because it’s folly to make excessively firm predictions about an industry that’s in the middle of being disrupted. But if I had to lay money down, that’s where it would go.