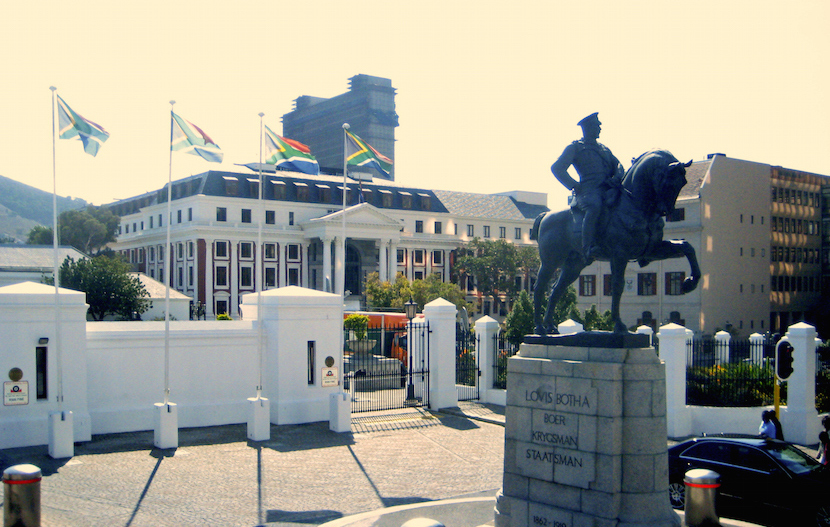 Nothing like shooting one’s self in the foot. That seems to be the current rhetoric from the South Africa government. Tamra Veley questions the substance of cabinet in reaching out to the business community given the state of the economy. It’s been shown many times that one of the answers to South Africa’s current woes lie in small business. But according to Veley, as long as government regards business as the enemy of progress and liberty, then the country is doomed to stagnate in the lower reaches of the emerging economy league tables. And the only way forward is for government to accept that business is not the source of the problem, but the route to economic salvation. This article first appeared on the Cape Messenger website. – Stuart Lowman

The remarkably anodyne statement issued after the special cabinet meeting convened on 13 January to discuss the state of the economy informed the nation that Government would “reach out” (ironically a particularly irritating corporate cliché) to its social partners, particularly the business sector, in order to build consensus on the collective actions required to stabilise the economy, build confidence and return South Africa to a path of economic growth.

That would be a most encouraging sign of political maturity had it not come from a government whose grasp of even the most elementary economic realities seems, at best, fairly tenuous.

Palpable alarm is stalking the boardrooms

The palpable alarm that is stalking the boardrooms and business forums of South Africa is not fed primarily by the stark statistical facts of our economic malaise, but by the nagging fear that the most powerful elements of the administration seem unable to fully understand or address the challenges that confront us. Our stunningly oversized cabinet includes – it would appear – not a single member with any serious experience or knowledge of running a business or the risks involved, and seems rather to harbour a profound distrust of the role of private enterprise in the creation of jobs and the generation of national prosperity.

Most particularly, this is a government that mostly ignores the vital role of small and medium enterprises as the natural, productive drivers of inclusive economic growth and development. Instead of encouraging and nurturing the small business sector, the environment in which business operates is antagonistic at every turn. Daily, small business (at least those which are registered and not classified as ‘survivalist’) contends with red tape and regulatory complexity, a poor skills base and a culture of political distrust in which entrepreneurship is smothered and individual initiative suborned to ill-conceived and applied policies.

Being watched by ratings agencies and IMF

In recent weeks, the global rating agencies have repeated their warning that South Africa’s failure to grow her economy, to bring discipline to her state-owned enterprises and to address her budget deficit will almost certainly result in a further downgrade of our credit ratings. At the same time, the International Monetary Fund has lowered South Africa’s economic growth forecast to less than 1% this year – an appalling prospect for a country that desperately needs GDP growth to stave off social unrest, growing unemployment and deteriorating infrastructure. It is certainly not a prospect designed to restore confidence among those foreign investors without whom we cannot hope to kick-start our stagnant economy.

But I hunt in vain for the sense of urgency, for the strategies that will enable the business sector – particularly small businesses – to play our part in economic recovery.  In fact, probably the best thing government could do for small business is to get out of the way.

Instead, the cat’s cradle of legislation, regulation and policy directives with which we grapple daily does absolutely nothing to facilitate and reward initiative and enterprise on the part of individual business people or companies. Rather, the administrative burden values mere compliance and thus promotes a mechanistic and minimalist adherence, the sole guaranteed consequence of which will be exhausting and non-revenue generating hours spent on compliance or at worst, widespread evasion.

SMEs make up 91% of formal businesses

According to the Banking Association of SA, SMEs make up 91% of the country’s formal businesses, provide employment to about 60% of the labour force and generate economic output accounting for at least 40% of GDP. The NDP itself envisages that by 2030 about 90% of jobs will be created in small and medium companies.

But because of the high financial and non-financial cost of doing business, and because of our inflexible labour legislation, it is precisely this segment of the economy that is not creating new jobs or expanding the economy. Economists at the University of the Witwatersrand have advised that, if we are to meet the government’s target of 5 million new jobs by 2020, some 13,600 additional firms will be required in the manufacturing sector alone.

As the owner of a modest company, I can attest to the obstacles and disincentives that litter the path of South Africa’s small businesses and impede their ability to make much meaningful contribution to the country’s growth. I am daily appalled by the quantities of time and energy spent by my staff on ensuring compliance with the plethora of regulation, legislation and bureaucratic directives with which we are bombarded.

I am also mindful of the rate at which the difficulty of doing business in South Africa is driving our best and youngest minds to explore opportunities abroad, where their creative energy is more appreciated, more eagerly accommodated and more readily rewarded. I recently had occasion to watch a colleague establish a company in London and the whole registration process took 72 hours – and she did it from South Africa – an experience which drove home all too sharply how unwelcoming our domestic business environment has become.

The difficulties facing small business are not merely minor irritations to be borne with patriotic fortitude. Rather, they are active impediments to economic growth and a disincentive to the innovation and entrepreneurship which were once so characteristic of South African business.

It has been said before ad nauseam, but bears repeating because it is so true: South Africa is a country of extraordinary potential and promise. But for as long as her government regards private business – even small business – as the enemy of progress and liberty, we are doomed to stagnate in the lower reaches of the emerging economy league tables. If our President’s “reaching out” to the business community is to yield national benefit, he must accept that we are not the source of the problem, but the route to economic salvation.