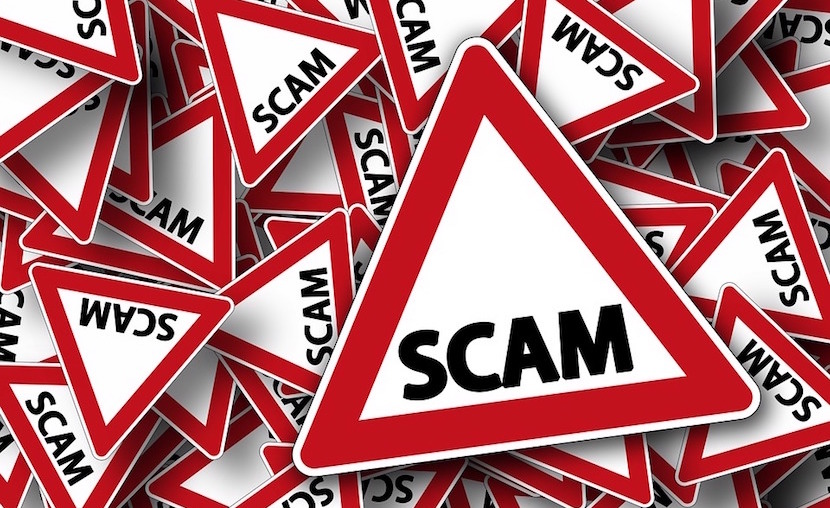 A court ruling has highlighted a legal loophole that allows rental equipment providers to circumvent the National Credit Act – with financially devastating consequences for the unwitting, an investigation by a respected money manager has found. Sunil Shah, a Chartered Accountant who has worked in global financial markets as an asset manager, discovered this gap in the legislation after he fell into a trap laid by entities with ties to banking and financial services group Sasfin. The incident cost him some money. More importantly, it highlighted how people, even the financially astute, can get so easily misled by businesses that might have the legal high ground, but morally are way off-course. Sunil wrote this piece to serve as a cautionary tale to others not to fall for the same tricks. Be warned: Hidden in the very small print of rental agreements for photocopiers and printers are such nasty clauses that you can lose the shirt off your back and the roof over your family’s head. – Jackie Cameron

In December last year, my business needed a commercial photocopier. I shopped around for a supplier who would service it, and finally settled on a company called Intergro. The salesman was charming and sincere, and got the business as it was the cheapest option for a machine that suited my needs. This is the relevant excerpt from his email that led to his company securing the deal:

“I had a look at that quote you received.
I want your business so I’m willing to provide you with a better machine for even less.
I can give you a Samsung M4070 Mono A4 Copier.
I can give you this machine for R250 p/m for 60 months at 0% escalation.
I will match their service cost at 8c per copy.
If you are happy with this then ill bring the final quote with tomorrow as well as the necessary paperwork for the deal.”

There were a multiplicity of forms to sign, and documents to provide, and I (FOOLISHLY!) accepted his word (and charming smile) that all the forms thrust in front of me were necessary to complete the service agreement, not bothering to read a 4-page agreement in the tiniest font, in legalese that would make most grown men faint.

The machine was finally delivered in March 16, and when I reviewed my bank statement at the end of the month, I saw two debits that related to the machine. Naturally, I emailed my charming smiling salesman:

“Hello  Gino
Hope you are well.
Can you please investigate. I think you charged my act twice in march, for 239.40 Rand
You will see two debits for this number, on 2/3/16
“EDO collection attempt” and “Intergro”

Gino must have been too busy flossing his smile, as there was no response. Not even 3 months later.

Well come June, my business no longer needed the photocopier and I wished to terminate the agreement. As I went about this, I realised I had been UNWITTINGLY entered into TWO agreements: one with Intergro the Servicer of the photocopier and another rental agreement with Sunlyn, the BEE front of Sasfin.

Now let me preface the discussion by saying it was my responsibility to read the documents thrust in front of me, and I am responsible for what I sign. However the ruse was very clever, as on inspection of the documents (in hindsight, oh foolish me), I realised the monthly debits were both for 250R/month! That’s principally why I didn’t spot it. And with charming Gino telling me they were all part of one and the same agreement, I signed all the forms!

Ok mea culpa, I signed the forms. But I had heard about the National Credit Act, and the government’s intention not to let innocent (naïve or in my case foolish?) consumers be duped by shady practitioners who inadvertently lull their clients into usurious interest rate agreements that they are shackled to…

But what followed chilled my soul. As I attempted to extricate myself from my rental agreement with Sasfin I discovered a lair of nefarious underhanded activity that my conscience compels me to expose.

Some detail on my photocopier. The machine costs R7500 new on the internet in Cape Town. To terminate my agreement with Sasfin (after all of 3 months) they wanted me to pay R15 000! This is after it was returned to them after 3 months, they having confirmed it was in perfect working order. Surely this is white collar crime!

OK, time to get technical. The National Credit Act (NCA) is an admirable piece of legislation designed to ensure the consumer is entering into a credit agreement he/she fully understands, to “protect consumers and their rights in the credit market.”

The Act stipulates strict requirements for disclosure: the agreement is written in plain understandable language, the interest rate charged, the length of the agreement, the principal and interest payments, the form and frequency of communication via periodic statements with the client…

The NCA was designed to govern rental agreements. It covered leases: “Lease – temporary possession of movable property and payments are made for its usage. Interest, fees and charges are payable and the consumer has the option of having the ownership transferred at the end of the agreement.”

But as I questioned Sasfin, I discovered a shocking disdain of the entire NCA Act. Here is one email response from their legal department, as I tried to explain my circumstances and the blatant inadequacies of their agreement and disclosures.

“We urge you to please make use of the forums which you believe are appropriate as you have mentioned these in your previous correspondence, and we will gladly respond to queries raised by them. Please make use of these forums to ventilate what we perceive as your threats below and desist from what we now consider as bordering on harassment.”

Harassment? What?? I am harassing you?? I am trying to figure out how I find myself unwittingly into a rental agreement with you, (when I have received absolutely no communication from you for a rental agreement that I have just found out about, that was slipped in front of me by a slimy smiling salesman that is now nowhere to be found), when you are attempting to charge me 15,000 Rand for a machine that costs R7,500 on the internet. And you have your machine back!! After 3 months! And I am harassing you?

So… (as one does in situations of total frustration) I tried to talk to the ‘harassee’s’ superior. To the ‘Head of Sasfin Legal’, A Mr Brown, I mentioned excerpts of the NCA, the requirements (one of which is all agreements MUST have the FSP number of the company, which in this case was Sunlyn, who I believe is the BEE front of Sasfin).

To which his response:

Firstly Sunlyn (Pty) Ltd is not a sister company. Secondly FSP 5711 is not Sunlyn. It is the registration number of Sasfin Financial Advisory Services (Pty) Ltd, a separate company that has nothing to do with your transaction.

I await a retraction of your scurrilous accusation.”

After I looked up ‘scurrilous’, (asking for the FSP number of Sunlyn, who entered into an agreement with me, was ‘damaging their reputation’ – the mind boggles), I attempted to explain that this was a credit agreement, as there was a finance charge implicit in the agreement.

I have ‘rented’ a copier. It costs 7500 rand new today on the internet.

The cumulative rentals that I am obliged to pay you under the rental agreement (sunlyn a subsidiary of sasfin) amount to 15000 R.

Implicit in this is a finance or interest cost, and the interest rate is dependent on the realizable value that the lessor receives at the end of the agreement.

Whatever it is, there is an implicit finance charge. The interest rate is higher if the lessor receives 7500 back on sale, and lower if the machine is worthless.

As per the NCA this is a credit transaction and you are obliged to comply with the NCA.

What don’t you understand? How do you believe you can entirely avoid the requirements of the NCA.”

Clearly Mr Brown was not very concerned about my status as a Sasfin client. His response:

I regard your interrogatories as vexatious and will not enter into further discussion or debate with you.

I was so shocked by Sasfin’s total disregard for my grievance and their lack of propriety (I think I was ‘vexatious’), that I started digging. And discovered why Mr Brown acted with such impudence. Dating back to 2013, there was a Supreme Court ruling, that held, “A lease that does not provide for the passing of ownership at the end of its term is not one that falls under the National Credit Act.”

Now you understand my utter frustration. You see, the entire domain of rental agreements has circumvented the NCA, and this is why Sasfin et al can act with such impunity. This is an outrageous miscarriage of justice, and these ‘rental agreements’ will ensnare, dupe and shackle many an innocent consumer in the future by their blatant disregard for the NCA.

Let me repeat why. As per the original NCA, whether or not ownership passes to the client is irrelevant. There is an implicit finance or interest charge in the agreement, the rate which depends on the realisable value (by the lessor) after the termination of the agreement; hence  it is a form of credit and should hence be subject to the strict requirements of the NCA.

Had my rental agreement followed the stipulations of the NCA, I would have been clearly alerted to the danger:

However, as rental agreements circumvent the NCA, none of the above apply!

I consider myself literate and knowledgeable. Nonetheless I have been duped as the Sasfin rental agreement was so cleverly concealed and devoid of disclosure. I have taken the time to write this (partly because I am so offended by being duped, but mostly) because there must be a multitude of consumers who have been ensnared by these shady contracts that exploit and profit from the current ruling that operating leases (where ownership does not transfer) do NOT fall within the NCA. And those victims are not in a position to expose the nefarious practices of the likes of Sasfin.

Rental Agreements are credit transactions as there is an implicit interest rate embodied within the agreement. It may not be precisely quantifiable (due to the uncertain realisable value of the asset on the expiration of the agreement) but that does not obviate the fact there is an implicit credit transaction and interest/finance charge. Rental Agreements must be governed by the same stringent requirements as required by other credit transactions under the NCA. To prevent Mr Brown, Sasfin et al from continuing their shenanigans with such impunity and such disregard for the spirit of law.

So over to you, readers. How do we address this glaring travesty? Any lawyers who want to make their mark by reversing a blatantly erroneous Supreme Court ruling…Trust me it will be worth it. It may even be ‘scurrilous’. But legitimately so….