The fact that a state entity will hold 25% is significant, as the state holding in media is now even larger and more direct than it was under apartheid. The state has always held public media, in particular dominating broadcasting through the SABC, but with a significant shareholding also in the Times Media Group, it is now a major player in the commercial media market. This is a surprise. If you were asking where one should put pensioners’ money, the declining newspaper industry would not spring to mind as a safe haven. – Anton Harber, Time to come clean, Dr Survé 22/5/2013

Our vision and mission will hopefully enlighten you about the path we have embarked on; striving to deliver good returns for our esteemed clients and changing the social fabric of our societies (countrywide and across the African continent), through our developmental investment approach. – Dr Daniel Matjila, CEO of the Public Investment Corporation

Dr Dan Matjila has the responsibility of generating the maximum possible return on the pension money of South African civil servants, so the question asked by Anton Harber about why the PIC was investing in a dying industry was a valid one.

In 1994 the African National Congress, said that, in a break from the past, it would govern in a transparent and accountable way.

No details were provided however about how much money the PIC had invested in the purchase of Independent Media by Dr Iqbal Survé so, three months after Harber had first asked the question, Craig McKune of the Mail & Guardian put it to him in a telephone call.

Three years later, the question was put to Dr Matjila in parliament by DA MP David Maynier who asked why the PIC had decided to help finance the Sekunjalo Consortium’s acquisition of Independent Media. “This investment seems a bit like investing in a horse and cart when the Ford model T comes onto the market,” Maynier said.

In response, Matjila said the goal of the PIC in this regard was to give black people a chance to create a second Naspers and, two months ago, three-and-a-half years after Harber had first sought the information to which the public is entitled, the PIC revealed that it had invested more than a billion rand in a company which has, since 2013, slashed its workforce by an estimated 20% with 72 people being retrenched in the past month alone and with more retrenchments to follow.

Matjila’s rationale about the state helping to create a ‘Naspers” for black people is fundamentally flawed because, during the National Party era, the state never contributed a cent towards the creation of Naspers and this fact is trenchantly analysed in a just-published book, Historian Herman Giliomee – An Autobiography.

What Matjila has done is to give an open supporter of the ANC control over the majority of English newspapers in the country. And he has done so on extraordinarily generous terms which your bank manager would never afford you.

If it been that easy for the Nats, why did they go for the clandestine and, for them, ultimately destructive subterfuge which became known as the Info Scandal?

The relevant extract from Giliomee’s book is carried below – it is one of the most fascinating and informative political analyses published so far this year.

In South Africa and other deeply divided societies people tend not to vote as individuals, but as members of a community. From 1910 to 1970 the chief struggle was not between white and black, but the one in which the two white language communities competed for dominance and status.

Up to 1970 the more affluent English-speaking white community were in a much better economic position than the Afrikaners. It took the Afrikaners a long time to build big corporations that were comparable to those of the English and Jewish communities. Jan Hurter, managing director of Volkskas, remarked in 1968 that only four Afrikaner corporations had assets that exceeded R300 million – Volkskas, Trust Bank, Rembrandt and Sanlam.

Years later I asked Koos Bekker why the name of Nasionale Pers did not appear on that list. His reply was illuminating: “I doubt that the market value of Naspers’s assets would have been close to R300 million in 1968. By 1984 the entire company’s market capitalisation was only R24 million. (It was then still an unlisted but public company, with about 3 000 shareholders.)”151

The big question was: Why did the Afrikaners, despite an Afrikaner-based party being in power for most of the time up to the 1970s, lag so far behind economically? Just as I started working at full throttle on my book on the Afrikaners in 1996, Francis Fukuyama’s comparative study Trust: The Social Virtues and the Creation of Prosperity appeared.

Fukuyama emphasises that social capital is as important as physical capital.

A community is economically successful when it has a culture that puts a premium on persuading people to cooperate economically in their own best interests. Cultures that rate “social ties” highly and form associations are best positioned to build large-scale business enterprises that can compete, thrive and adapt when necessary.

Fukuyama considers “the failure of the Calvinist Afrikaners to develop a thriving capitalist system until the last quarter of the [twentieth] century” an anomaly that needs explanation. After all, the German sociologist Max Weber had made a convincing case for a strong correlation between Calvinism and capitalism.152

One reason is that up to the early twentieth century the majority of Afrikaners had been subsistence farmers in pioneering conditions. Apart from the church and the commando, they had little faith in institutions led by people and groups beyond the family circle. Unfortunate experiences at the hands of itinerant traders and shopkeepers, the collapse of a number of district banks, and the English community’s domination of mining, commerce and industry contributed to a strong distrust of the capitalist world among Afrikaners.

Hendrik Verwoerd rightly pointed out at the First Economic Volkskongres in 1939 that the Afrikaners were over-organised when it came to religion and politics, but poorly organised economically.

A number of historians had focused their attention on the economic rise of the Afrikaners in the three decades after the conference. Some liberal and radical historians attributed it to state aid to Afrikaner business on the part of the NP government, while Afrikaner historians gave the credit to the Afrikaners who had pulled themselves up by their own bootstraps.

In the academic literature and in the English press, it was often alleged that the Afrikaners made their major economic breakthrough in the 1960s thanks to the goodwill of Harry Oppenheimer, who headed the Anglo American Corporation. He had supposedly allowed the sale of General Mining, an Anglo-controlled mining house, to the Sanlam subsidiary Federale Mynbou “at a fraction of its value”.

The historian Grietjie Verhoef as well as Michael O’Dowd and Michael Spicer, two Anglo directors I interviewed, described this as a fabrication. Anglo not only sold its mining house at a market-related price but, in addition, Oppenheimer secured an important concession: Sanlam would not proceed with the development of its diamond interests and thereby threaten Anglo’s diamond monopoly.

I did not analyse the Afrikaners’ economic rise in depth in The Afrikaners, but tried to do this in an academic journal shortly after the publication of the book. It was a remark made by Dr Anton Rupert while I was still working on the book that had set me thinking. As I mentioned in an earlier chapter, I asked him whether he could think of any Afrikaans company that had been “empowered” by an English company. His reply was: “I cannot think of any, and I am very grateful for that.”

This statement alerted me to the great value a business giant like Rupert attached to the fact that Afrikaner companies had to achieve success without state or English support. In the divided society of South Africa, there was only one route through which Afrikaners could gain recognition for their economic achievements from the English business elite. It was through establishing business enterprises that could attain success without state help.

The Afrikaners’ advance in this regard was very slow; by 1954 their share in the manufacturing and construction sector was only 6%, and, in the case of the financial sector, only 10%. There was, however, also the parastatal sector, where Afrikaners predominated in management positions from the outset.

This sector was an immensely important training school for emerging young business leaders. 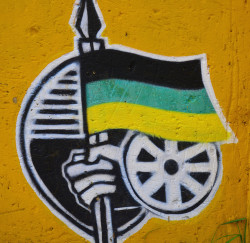 A quite different form of advancement of an economically backward group is that driven largely by the state. Before it came to power, the African National Congress had studied the Malaysian model of empowerment where the state forced Chinese business companies to empower Malay-owned companies.

The state also gave Malay companies preferential treatment when it came to contracts. The architect of this policy, known as the New Economic Policy, was Mahathir bin Mohamad, who later became prime minister.

In 2003, on retiring from politics after thirty years, Mahathir admitted that he had failed in his goal of making the Malays – a race that was supposed to win the respect of the Chinese community and others – as the “majority race” economically successful.

Mahathir found it regrettable that businesspeople in the Malay community were still dependent on the “crutches” of state contracts and state-imposed constraints on Chinese companies which they had got used to.

This is also the problem with many of the black companies in South Africa that have been empowered through state intervention. It seems as if the masses do not identify themselves with the achievements of black companies to the same extent that the Afrikaner community did with Afrikaner companies, which promoted a general sense of Afrikaner self-worth. The English business elite probably did the Afrikaners, and especially Afrikaner businesspeople, the biggest favour by compelling them to achieve success off their own bat in order to earn their respect.