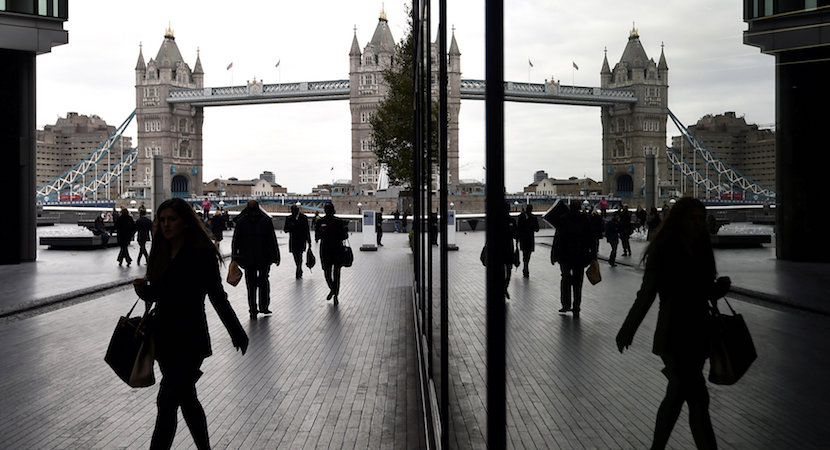 CAPE TOWN — In our modern age of so-called instant gratification, communication and automation of nearly everything service-related, the human factor too often gets overlooked, much to our personal and corporate cost. Here the ancient art and fundamental importance of story-telling in our communication – in short creating empathy rather than distance and frustration – is eloquently illustrated by a top exponent who has made a highly successful living out of hitting the emotive soft spot. Upon reading his examples of brilliant ad campaigns, in one case Nike, and how they tweaked theirs to render it instantly identifiable by appealing to our fundamental humanity in social justice issues, I couldn’t help thinking of how so many big corporates alienate their clients. Yes, it might be costly to put real flesh and blood at the end of a customer contact line, but it sure as heck gets the job done better than a dead-voice recital of half a dozen button-pushing options. Oscar Foulkes knows we are creatures of emotion and how the connecting, curiosity-evoking ones work so much better – and cost-effectively. Inspiring people to be more of whom they can be, is another dead-cert marketing tool. – Chris Bateman

Storytelling is important. For most of our time on Earth, it was the only way that history was communicated. And, as Yuval Noah Harari states so powerfully: “We are the only mammals that can cooperate with numerous strangers because only we can invent fictional stories, spread them around, and convince millions of others to believe in them. As long as everybody believes in the same fictions, we all obey the same laws, and can thereby cooperate effectively.”

Storytelling gives us power. In the case of Brexiters or Donald Trump, it conveys a LOT of power, even if the story being told is an outright lie. Clearly, when it comes to motivating people into action, feelings are more important than facts. What is it they say about not letting facts get in the way of a good story?

However, for all its value, it’s surprising how few marketers make use of storytelling. Or, if they do, how ineffective the execution can be.

At its most basic, the story involves a few key phrases that are consistently used. Good storytelling doesn’t just build brand loyalty, but it also equips superfans with the verbal toolkit to advocate on behalf of the brand.

The wine industry is fertile area for stories, and unfortunately also for the sprouting of technical facts that don’t necessarily relate to the experience of the wine drinker. You’d be amazed how many wine presentations default to the dry facts, at the expense of exploring rich stories.

For many wine drinkers, the grape variety is the easy route in. However, it can also work the other way. In my case, I avoid Pinotage, which is not an unusual choice, as I found in the mid-noughties when I was affiliated with a wine farm where it was the most planted variety. I couldn’t simply close the taps, so I had to find a way to sell stuff that hardly anyone wanted to buy (well, in that context, that was my experience). My answer was to create a brand, Inkspot, which technically could have been sold as Pinotage, but had enough Shiraz and Cinsaut to be able to call it a blend (not to mention making it more interesting to drink). The story was built around the richness and concentration of the wine, due to the way the vines were grown. I called it “vin noir” – if you can have a vin blanc why can’t an inky wine be black?

Inkspot reframed the Pinotage as something different, and made it so much more desirable that the leap in sales quickly swallowed up the excess bulk wine.

Storytelling does another thing. Yes, by Harari’s telling it’s the killer app that enables “human collectives”. However, in pursuit of portraying some kind of human touch, storytelling is a tool that companies can use to display greater humanness.

Nike’s “Just Do It” strapline is solidly in the territory of the motivation to get out and exert oneself physically. It’s about the sweat, heart rate and pain experienced by Average Joanna athletes as they overcome the call of the couch. It might be gung ho, but it certainly qualifies as human.

Any other brand veering into social justice, as Nike did with their campaign celebrating 30 years of “Just Do It”, could have been seen as cynical opportunism. The ads are a call for us to recognise that we’re all humans, regardless of race or gender or physical disabilities, and that we have a right to be treated with equal respect and compassion.

Nike could have taken the politics as far as LeBron James, who co-founded the 240-pupil I Promise school. But they went to the heart of Mordor when they led with Colin Kaepernick. They must have known that there might be pain, but in their own lexicon, they ‘just did it’.

It was a brave move. No matter that ‘taking a knee’ is a soldier’s mark of respect, selected as a compromise for showing respect to the flag and anthem at the same time as peacefully protesting injustices, there is a big chunk of Americans that couldn’t tolerate the stand taken by Colin Kaepernick.

The campaign also featured a variety of sportspeople who achieved against all odds, perhaps none more so than the one-handed NFL player, Shaquem Griffin. There isn’t anything obviously political about Griffin, although his inclusion makes a statement about whom the world considers to be able-bodied. Serena Williams could be played purely on the basis of her tennis prowess, but she is illustrated in a manner that calls out the hypocrisy of varying dress codes for male and female tennis players.

Becoming physically active is difficult. Nike’s “Just Do It” has empathy with that, but is honest about what’s necessary. And, if a one-handed man can be an NFL professional, what’s stopping you from pulling on a pair of Nike sneakers and taking a walk around the park? Hell, the very act of pulling on the Nike tights and t-shirt energises you the extent of feeling that you are actually the aspirant athlete you can see in your mind’s eye!

Social activism is a game won by the team with the most social media accounts. For all the sneaker-burning videos posted by critics, many more people were supportive of Nike’s position.

People are frustrated at non-human, or robotic scripted responses from customer ‘service’. They want greater humanness in their interactions with business and government. An authentic story is a good place to start.

Get your story right, and walk the talk.