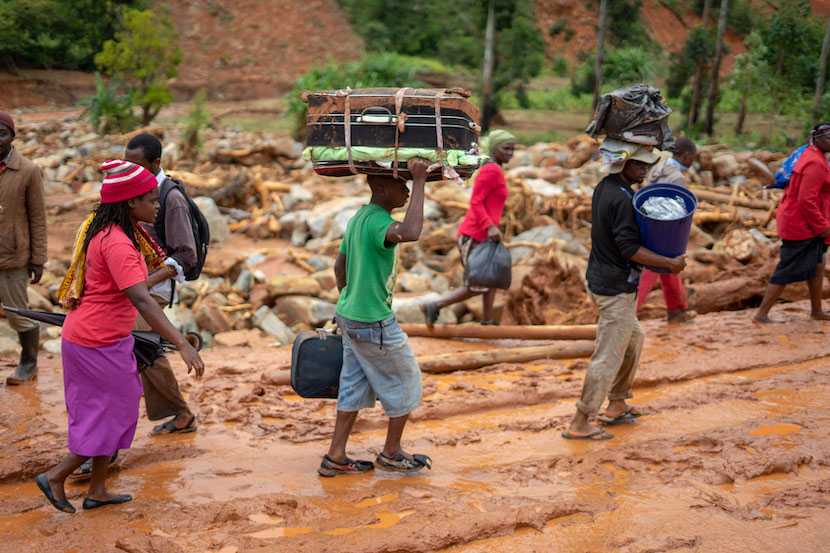 EDINBURGH — In the UK, television channel Sky News has started a campaign to raise funds to help the victims of the devastating Tropical Cyclone Idai. Charities are doing the same, asking people through radio commercials that tug at the heart strings to donate funds through mobile phone contracts and other ways. But in South Africa, journalists have been chastised for limp coverage of the worst environmental disaster to hit Zimbabwe and Mozambique in decades. Glenda Daniels, a former journalist who now specialises in media research as an academic, says it’s not fair to shoot the messengers. Instead, look at the bigger picture of media companies, whose business models are so precarious they have slashed staff numbers. The stark reality is that South African media companies have failed to take advantage of the digital economy, taking a reactive approach to the massive technological changes that have swept the globe. This underscores how media companies, for financial reasons, are losing their place as champions of the underdog. Long-term, this has worrying implications for the role of the media in holding the powerful to account, as is necessary for democracy to thrive. – Jackie Cameron

South African media has been criticised on social media for its initially superficial and underwhelming coverage of the massive floods in Mozambique, Zimbabwe and Malawi in the wake of the devastating Tropical Cyclone Idai. Serious news consumers had to rely on foreign news sources instead of local media as the grim picture of the destruction – which included hundreds of deaths, flooding, disease and havoc to resources and infrastructure – started emerging.

In my view the criticism is valid. The coverage of the floods by South African media has been poor. In fact, I’ve hardly seen a local journalist’s face from on the scene coverage.

Based on my experience of newsrooms, plus my research and as former co-ordinator/author of the annual State of the Newsroom report as well as presently co-ordinator of the Job Losses/New Beats project in South Africa – its clear that this is due to the fact that local newsrooms have been depleted of journalists. This, in turn, is because the media companies have not handled the transition to digitisation well.

Please continue spreading the news about the disaster, destruction and death caused by cyclone Idai. Mozambican, Zimbabwean and Malawian lives matter!! The silence of ‘global media’ is a huge concern. #CycloneIdai

This is happening all over the world where companies are clumsy in how they are handling the transition to digital. It’s a disaster for democracy because the experience of trained journalists is lost and we have little context in reporting on events such as natural disasters as well as elections. You find that younger journalists don’t have mentors to help them through reporting. Media companies are looking for profits by cutting the experienced journalists salaries and employing those who they can pay less.

What this shows is that traditional media is dying. It is also not fulfilling its mandate to be informative, to provide the facts and serve the public.

Newsrooms have mainly become “content producers” made up of people who have technical capabilities such as producing videos and podcasts. Podcasts are good, but even there you need journalists who can ask the pertinent questions and do good intros and angles with context.

Editors are increasingly demanding that journalists stay indoors in the newsrooms so that they can do desk work to fill pages with content rather than to travel out on a breaking story. The main reason cited for this is that there isn’t budget set aside for travel, which would include flights to Mozambique, Zimbabwe and Malawi as well as accommodation and food.

Another factor is that newsrooms have been shrinking at an alarming rate. Conservative estimates in research to be published later this year show that South African newsrooms have shrunk by about half in the past decade. In 2007 there were about 10,000 journalists. Now there are about 5,000.

South Africa fits very much with the developed world global pattern of job losses in the traditional media sector. The losses are mainly in the senior category of journalists (40-60 year olds). In other words, those who are experienced.

The age-old practice of having journalists who are specialists – they write about specific fields such as science and education, also known as beat reporters – have all but disappeared. Other layers that have been removed from newsrooms included those responsible for editing articles and fact checking for accuracy. This explains the spike in mistakes in newspapers as well as online publications.

The issue of resources is a particularly big challenge when disasters are being covered. For example, it’s not possible simply to send one person. At the very least a team of two is needed – a camera person or photographer and a journalist. And resources and backup are needed – and journalists just do not get this support.

The role of social media

Social media is partly filling the gap left by traditional media. But not completely. It’s also an arena for misinformation, malinformation (disinformation with malicious intent) propaganda and general falsehoods.

On top of this there’s a great deal of hatred on social media. The latest and most worrying is cyber misogyny and the trolling and vilification of women, especially women journalists who are prominent, those who speak out and investigate corruption.

There are no checks and verification on social media. Anyone can post anything – unfiltered. Anyone can believe anything. Right wing movements and populism are growing – enabled by social media. Not because of social media but enabled by – these types are able to connect with each other and discuss strategies on how to kill, for example.

It’s contrary to what we all thought 10 years ago, that social media would act as the equaliser, the leveller – everyone would have access. In fact, what has happened is that the promise of cheap broadband has not been rolled out, nor does everyone have a smart phone to be engaging in debates and discussions.

Social media has become more of a divider between rich and poor than ever. It’s also a platform for great divisiveness.

This is a disaster for democracy. Media companies need to press the pause button to reflect on what they are doing. If they don’t, it will cost democracy dearly.

The New Beats is an international research project based in Melbourne.