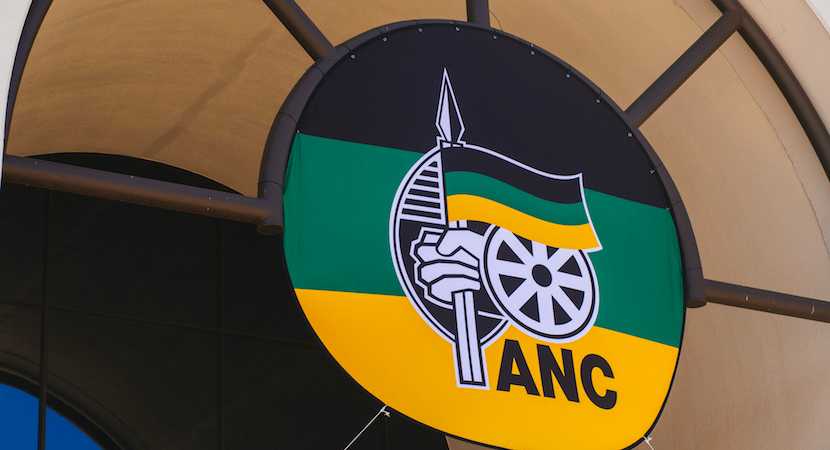 LONDON — Politicians often use words such as “the people” to back up claims of their support which creates the idea that an overwhelming majority supports some policies or idea. The current Brexit debate in the United Kingdom is a case in point, where just 52% of Brits voted in 2016 in favour of leaving the European Union. Politicians however repeatedly say that the people of Britain want to leave the EU, forgetting that almost half of them voted to remain and may have changed their minds in the last three years. In South Africa, the ANC has for a long time claimed the term, “the people” for themselves and as Anthea Jeffery points out they are definitely not speaking for everybody or even the overwhelming majority. She says the claim that the ANC’s mandate has been overwhelming since 1994 just isn’t true. The highest support that the ANC ever enjoyed was 54% in 1994 and she questions whether this result by Judge Johan Kriegler wasn’t due to negotiation rather than an accurate result that could be computed. First published on Daily Friend. – Linda van Tilburg

Has the ANC ever had majority support among the overall electorate?

The ANC has long claimed that every successive national election has given it ‘an overwhelming mandate from our people’ – as former President Jacob Zuma put it after the 2014 election. But the detailed data from 1994 to 2014 tells a different tale, see Table 1.

(Note: spoilt papers are not included in these totals, while percentages have also been rounded.)

If the ANC’s vote is measured against the total eligible voting population, the organisation’s support has steadily declined from 53% in 1994 to 36% in 2014 – and will probably be much the same in the May 2019 general election.

On this basis, the 1994 election is the only national poll in which ANC won a (bare) majority among all voters. Yet that election was so flawed, and often so fraudulent, that no accurate result could be computed.

At the ANC’s insistence, there was no voters’ roll – making it difficult for the newly established Independent Electoral Commission (IEC) to maintain control or prevent double voting. This risk was compounded by the 3.5m temporary identity cards hurriedly issued before and during the poll; the frequent absence of the ultra-violet light boxes needed to detect the invisible ink on the hands of people who had already voted; and the evident pro-ANC bias of many IEC officials.

There were also massive shortages of ballot papers in areas (KwaZulu/Natal and the Reef) where the IFP had long commanded strong support. This was despite the printing of some 87m ballots – or at least 40m more than should have been needed, even on a 100% turnout. In addition, when it came to the count, the IEC abandoned any attempt at ballot reconciliation. Hence, nothing was done to marry the number of ballot papers issued at a particular polling station with the number of votes cast there.

In these circumstances, genuine ballots could easily be discarded and/or supplemented with manufactured ones. This seems to have happened often, for:

So insuperable were the problems that even the ANC-supporting Weekly Mail & Guardian was moved to comment:

An incompetent IEC bungled the administration of the election wholly and completely – it couldn’t get ballots to the voters, its security systems were inadequate, and its counting plans non-existent. This opened the way to fraud on a massive scale. But so hopeless was the IEC’s organisation that it has been unable to pinpoint the fraud and deal with it in any normal way. [As a result, IEC chairman] Judge Johann Kriegler… had to… throw aside the rules, the safeguards, and what few systems he had in place just to get some sort of result…

He had to acknowledge that counting, accuracy, and care had given way to horse-trading among the parties. He ceased to be a judge ruling on the accuracy and validity of the result, and became a mediator, desperately negotiating a result that all parties would accept. So an election, which should have given a clear numerical indication of the strength and weakness of each party… turned into another product of negotiations.

Judge Kriegler denied this – saying the final result had been accurately computed – but the election defects made that impossible to achieve. Negotiations on the outcome also seemed to favour the ANC, allowing it to do far better than some opinion polls had predicted and its own forecasts had envisaged.

Some 18 months earlier, the ANC’s own assessment was that it would win at most 50% of the vote, and then only on a 100% turnout. This was not surprising, of course, for the ANC had long been banned and silenced – while opinion polls in the 1980s had repeatedly shown strong black rejection of its key policies of economic sanctions and armed struggle.

Since 1994, the ANC has continued to ‘win’ national elections with less and less popular support. This is largely because the people’s war it waged from 1984 to 1994 deliberately destroyed its black rivals, leaving most voters with little other electoral choice for many years. In addition, ANC patronage and threats to cut off social grants from those who vote against it have had significant impact. Hence, many people find it safer to ‘punish’ the ANC by not voting at all than by voting for another party.

Contrary to widespread perception, there has never been anything ‘inevitable’ about the ANC’s supposed dominance at the polls. If the 1994 election had indeed been free and fair, the ANC might not have won at all.  This would have barred it from the patronage and threats it now deploys to help sustain its electoral support. Most importantly of all, a fairer outcome in that initial poll would have prevented the ANC/SACP alliance from pressing on with the national democratic revolution (NDR) which has so greatly crippled the economy and any realistic prospect of ‘a better life for all’.