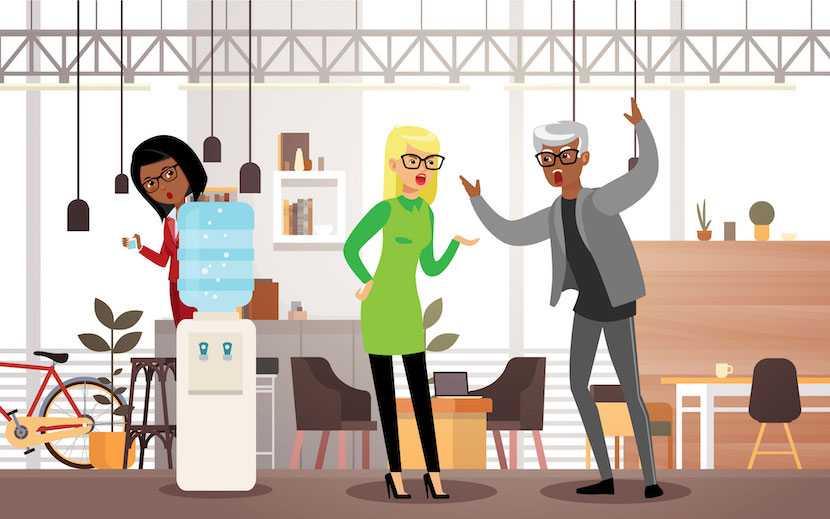 When you find yourself in the middle of two vastly different generations, especially in the workplace, you need to be an expert in diplomacy as well as the art of changing lanes.

I’m a Gen Xer and proud of it. I was born in the mid 70s, and like the generation before me and the one after me, I think my generation is the best. I won’t fight anyone about it, it’s just how I feel. Everyone is allowed to hype their generation.

What I have noticed, especially at my workplace, is that the generations are now, more than ever, at loggerheads. The baby boomers before me and the millennials after me. I’m stuck in the middle and find myself having to sometimes mediate, sometimes side with one, and at other times with the other.

And so I’ve decided to enter the fray, albeit with trepidation, as we live in “stay in your lane” and “I’ll mute or cancel you” times.

In 1988, Mike and the Mechanics sang: “Every generation blames the one before, and all of their frustrations come beating on your door”. Nowhere is that more apt than these “stay woke” times. If you find yourself on the wrong side of the constant social media outrage, you are doomed to live in the outer colonies of society forever.

I’ve therefore had to become adept at staying in my generational lane, and changing lanes as and when the client/brief/project requires. Not always as easy as it sounds. The gap between the 20-30s and the 50-60s is huge, but I feel a lot of the differences are overblown and based on stereotypes.

In the one lane you have the millennials, starting out their careers and wanting to disrupt the status quo, and in the other lane, you have the Baby Boomers, who are at the top of their game, confident, hard workers who’ve been doing things a certain way for years, and it’s worked for them. The “if it ain’t broke, don’t fix it” gang.

The millennials are more relaxed and want more flexibility. They want to work remotely more often. Being behind a desk all day and week is anathema to them. They work just as hard, even though they don’t keep traditional office hours. A quick glance at my inbox shows mails being sent to me between 12 and 4 in the morning. These kids really are “always on”.

And then there’s us Gen Xers in the middle lane, who are young enough to ‘get’ the millennials’ technology and need to disrupt the status quo, but also old enough to know that everything we know, we were taught by the boomers, and that they’re also the people who hold the purse strings. Hello Exco and top management! In other words, don’t bite the hand that feeds you.

I’m surprised at how well I’ve adapted to changing lanes in the workplace. The same me who took forever to change lanes back when I was a new driver. When on a highway, I would sit in the merge lane until it became a sliver and I was forced to gun my engine and merge. Or I would let everyone and their brother merge ahead of me, rather than change to the middle lane and join free-flowing traffic. I was terrified of changing lanes.

But look at me now. Seamlessly changing lanes as the situation requires. The boomers are hardworking and motivated by position, benefits and accomplishments. They are seen as workaholics, goal-oriented and competitive. They believe in a hierarchy and ranks, and rightly so, because they worked hard for it. They feel more productive at their desk and are not keen on working remotely.

One of the ways I’ve been able to get more collaboration between the generations is emphasising our need to be mindful of the lens we’re using for a specific project/brief. Knowing exactly who we’re talking to helps us agree on the best people for the job.

We look at projects and the people at the other end of the lens, then decide on the best team to be behind the lens. You can only tell an authentic story if the people working behind the lens reflect the demographics of the target market.

Read also: Mel Atree: What this “cool mom” is learning about millennials

I’ve also enabled the two generations to realise they have a lot more in common than they think, and that has made it easy for me to get them to drop their defences. Both camps feel threatened by the other when there really is no need. The baby boomers were disrupters in their time as well.

They challenged the status quo back when they entered the workplace. Just like the millennials, they had ideas and ways of working that were seen as outrageous back in the day. But they disrupted with their innovations and the work got done.

The millennials are now almost dominating the workplace, and although the pace of innovation and disruption is faster, the work will still get done, albeit in a different way. The one thing that will not change are the values of the organisation.

All the work we do is underpinned by our organisational values and as long as both groups remember this, does it really matter if someone works differently to the way you work?

As long as we’re building strong relationships between the generations, based on healthy dialogue and mutual respect, I feel the kids will be alright, and so will the rest of us.