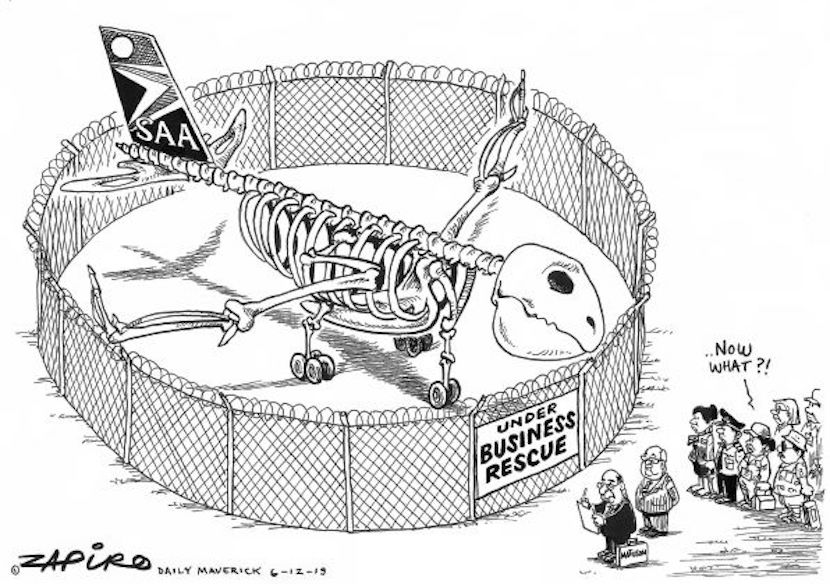 As the skeletons kept on rolling out of Steinhoff’s cupboard, many questioned where the board was when all this happened and how they could not have known. Former Chairperson Christo Wiese told Parliament that detecting fraud within a company was hugely difficult for board members, especially when the CEO was allegedly involved. Wiese was replying to question by MPs as to why the Steinhoff board appeared to be ‘asleep at the wheel’ while the accounting irregularities were allegedly being committed. Another board that has been criticised for failing to act before it was too late is Cricket South Africa, who came in for severe criticism from Norman Arendse, its former president for failing in its responsibilities, he said the board should be held accountable. Prof Maleka Femida Cassim of the University of Pretoria looks at the role of the directors at South African Airways that has been put into business rescue and writes that “there is a risk that the directors would be held personally liable for the airline’s debts.” – Linda van Tilburg

The board of South Africa’s national airlines recently took a unanimous decision to go into voluntary business rescue. The step removes the threat of the directors being sued by creditors for reckless trading – for now, at least.

The airline told its staff two weeks ago that it wouldn’t be able to pay staff salaries. It had become increasingly clear that the airline was in deep financial trouble. From available evidence – including information passed to the parliament’s standing committee on public accounts – the airline continued to trade even though it was technically insolvent and unable to pay its creditors.

If it is found that the airline continued to trade in insolvent circumstances, South African Airways could be guilty of reckless or fraudulent trading under the Companies Act. Fraudulent trading is when a company continues to trade and incurs debts when its directors know there is no chance of it ever being able to pay its debts. This is both a criminal offence and a civil matter.

These laws apply to state owned enterprises too. Even though the government, as the shareholder of the airline, would have had a say over the board, it is the board that is legally accountable for the solvency of the company.

Breaches of company law have potentially serious legal consequences for the board of directors. Trading in insolvent circumstances means that the directors could be personally liable for the losses sustained by the airline. They could also, at worst, find themselves behind bars if they are found by a court to have traded fraudulently.

But there could perhaps be mitigating factors for the South African Airways board. For instance, there was some uncertainty about whether loan guarantees and additional financial support from government would be made available to the airline.

Nevertheless, the Companies Act stipulates that the ultimate responsibility for ensuring that a company is solvent falls squarely on the directors – regardless of whether it is state-owned.

There are four ways in which directors can be held responsible for reckless or fraudulent trading.

First, the directors can be held personally liable for any losses or debts sustained by a company as a consequence of their reckless trading. This means that they are at risk of having to compensate the company out of their own pockets.

Stakeholders may, for example, use the derivative action when the directors are not complying with their legal duties to the company.

For example, the Lewis Group, a large South African furniture retailer, was recently subjected to derivative proceedings brought against it by a shareholder, David Woollam. He sought to bring the derivative action to hold the Lewis directors accountable for lack of corporate governance and various other matters. He was unsuccessful in his efforts, but the case underscored the potential use of the mechanism.

The derivative action is available in a wide range of countries, including the United Kingdom, the United States, Canada, Australia and New Zealand.

The second way in which directors can be held accountable is by having criminal charges laid against them for fraudulent trading under the Companies Act. The act makes provision for directors to be fined or imprisoned for as long as ten years if they are found to have traded fraudulently.

Thirdly, the Companies Act requires the court to declare directors delinquent if they trade recklessly or fraudulently. A delinquency order has severe consequences. It bars a person from being a director for at least seven years, or even for a lifetime.

The board of South African Airways has gained some valuable breathing space by passing a resolution to put the airline under business rescue. This could serve to protect the directors from being sued for reckless or fraudulent trading. And it will protect the airline from any attempts by creditors to liquidate the company.

But the initiation of business rescue does not necessarily mean that the airline’s board is free of the consequences if it is found to have violated the Companies Act. This will only become clear as the business rescue attempt unfolds.

If the business rescue is successful, the directors are likely to avoid personal responsibility for trading recklessly or fraudulently. But if the attempts at rescuing the business fail, and the airline has to be put into liquidation, there is a risk that the directors would be held personally liable for the airline’s debts.

Likewise, resignation does not free directors from liability for any reckless trading that took place while they were on the board.

This all shows that the boards of all companies – including state-owned entities – must be careful, and must not allow the company to trade in insolvent circumstances.