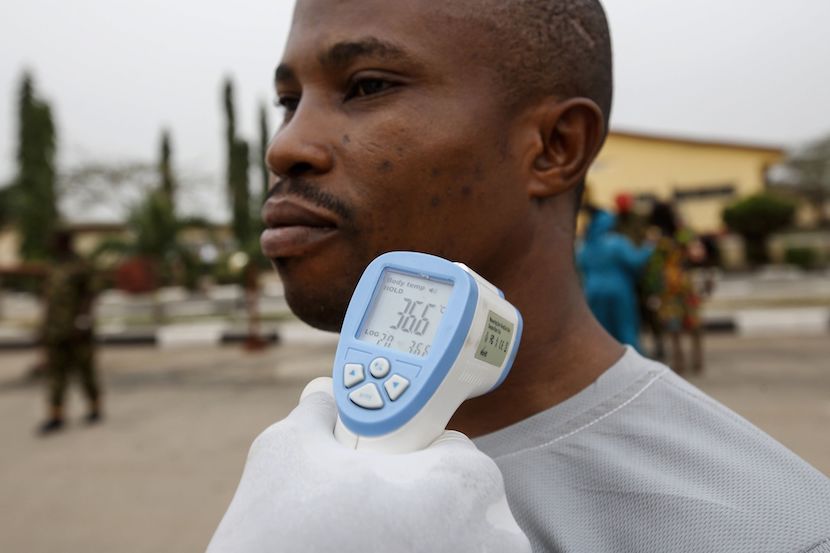 Panic is seldom helpful, especially around the coronavirus, whose threat to Africa is one eleventh of that to Europe. However, with heightened human winter susceptibility approaching, there are few months left in which to prepare. SA has an excellent Communicable Diseases division as part of the National Health Laboratory Services, to which almost all hospitals have access. We have systems in place from previous threats, including airport surveillance. Yet there’s a vital caveat if you take a drone’s-eye view, one that really ups the ante; We have 7.97 million people living with HIV, (a prevalence rate of 19.7% among those aged between 15 and 49, some 58% of whom are jobless).  These are immune-compromised people, (granted, 5 million are on anti-retro-viral drugs), but that leaves too many at greater risk of developing severe symptoms. Increasing the drone’s altitude for an even wider view; only one case has been confirmed in Africa, (Cairo), and about 500 others across the globe. So far, 2150 deaths are on record, (of 75,725 confirmed infections), almost all in China. Yet Africa is China’s leading commercial partner, with large travel volumes, so vigilance is crucial – especially for SA’s almost 3 million seriously HIV-compromised people. Story courtesy of The Lancet and Medical Brief. – Chris Bateman

From The Lancet and Medical Brief*

South Africa, along with Algeria and Egypt, are the African countries at greatest risk of importing coronavirus from China, according to a modelling study in The Lancet.

China is Africa’s leading commercial partner; thus, there are large travel volumes through which severe acute respiratory syndrome coronavirus could reach the continent. Egypt recently confirmed the first coronavirus case on the continent.

The ability to limit and control local transmission after importation depends on the application and execution of strict measures of detection, prevention, and control, notes the study. These include heightened surveillance and rapid identification of suspected cases, followed by patient transfer and isolation, rapid diagnosis, tracing, and follow-up of potential contacts.

The authors estimated African risk based on WHO International Health Regulations (IHR) Monitoring and Evaluation Framework (MEF),10and on an indicator of vulnerability to emerging epidemics. For each African country, the most likely origins of potential case importation were identified by computing a country’s exposure to each Chinese province, measuring the probability of a city in China being the origin of a travelling case to the country.

South Africa, Egypt and Algeria were at the highest risk of importing a COVID-19 case from China, but had moderate to high preparedness and low vulnerability. Countries with the second highest importation risk ranking included Nigeria and Ethiopia, with moderate capacity but high vulnerability, and substantially larger populations potentially exposed. Morocco, Sudan, Angola, Tanzania, Ghana, and Kenya had similar moderate importation risk and population sizes; however, these countries presented variable levels of capacity, reflecting a high vulnerability (except for Morocco).

PREMIUM: Coronavirus takes world by surprise: Milder than a cold for most, deadlier than the flu for some

Overall, the risk of imported cases of COVID-19 reaching Africa (1%) is lower than that of Europe (11%) because of reduced travel to and from China but, notes the study, response and reaction capacity are also lower.

“Some countries remain ill-equipped. Some are without the diagnostic capacity for rapid testing for the virus; thus, if cases are imported, tests will need to be done abroad, which might critically increase the delay from identification of suspected cases to their confirmation and isolation, affecting possible disease transmission. WHO is currently supporting countries to improve their diagnostic capacity,” the study found.

“It is essential to train, equip, and strengthen the diagnostic capacities of hospital laboratories close to infectious disease and emergency departments to reduce the time to deliver results, manage confirmed cases and contacts more rapidly, and preserve strict infection control measures.

“Resources to set up quarantine rooms for suspected cases at airports and hospitals, or to trace contacts of confirmed cases, as recommended by WHO, might be scarce. 74% of countries in Africa have an influenza pandemic preparedness plan; however, most are outdated (prior to the 2009 influenza A H1N1 pandemic) and considered inadequate to deal with a global pandemic.

“The epidemic in China highlights the rapid saturation of the hospital capacity if the outbreak is not contained. Increasing the number of available beds and supplies in resource-limited countries is crucial in preparation for possible local transmission following importation.”

Background: The novel coronavirus disease 2019 (COVID-19) epidemic has spread from China to 25 countries. Local cycles of transmission have already occurred in 12 countries after case importation. In Africa, Egypt has so far confirmed one case. The management and control of COVID-19 importations heavily rely on a country’s health capacity. Here we evaluate the preparedness and vulnerability of African countries against their risk of importation of COVID-19.

Methods: We used data on the volume of air travel departing from airports in the infected provinces in China and directed to Africa to estimate the risk of importation per country. We determined the country’s capacity to detect and respond to cases with two indicators: preparedness, using the WHO International Health Regulations Monitoring and Evaluation Framework; and vulnerability, using the Infectious Disease Vulnerability Index. Countries were clustered according to the Chinese regions contributing most to their risk.

Findings: Countries with the highest importation risk (ie, Egypt, Algeria, and South Africa) have moderate to high capacity to respond to outbreaks. Countries at moderate risk (ie, Nigeria, Ethiopia, Sudan, Angola, Tanzania, Ghana, and Kenya) have variable capacity and high vulnerability. We identified three clusters of countries that share the same exposure to the risk originating from the provinces of Guangdong, Fujian, and the city of Beijing, respectively.: Interpretation

Many countries in Africa are stepping up their preparedness to detect and cope with COVID-19 importations. Resources, intensified surveillance, and capacity building should be urgently prioritised in countries with moderate risk that might be ill-prepared to detect imported cases and to limit onward transmission.