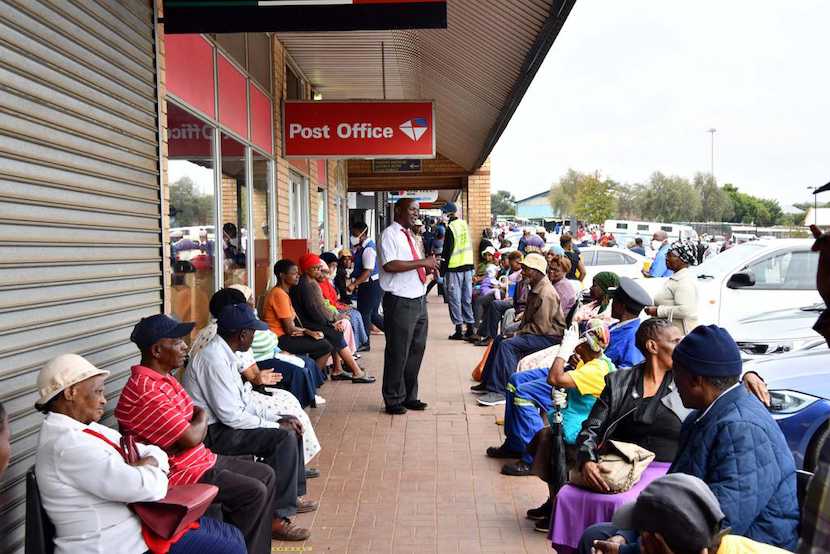 Many pictures are being shared of how little regard there is for social distancing in South Africa’s townships during the 21-day lockdown. Even in the programmes that the government is launching like the shelters it established to provide meals and accommodation to homeless people and their children, social distancing appears to be a wish rather than a reality for many. Although many people try to stay at least two metres away from each other, this tends to fly out the window as soon as somebody becomes excited and they form groups for a bit of a celebration. Who can blame the homeless? They have a roof over their heads for the foreseeable future. In the queues in front of supermarkets the correct distances are not kept either. Townships and even some rural areas are places of density and “centres of social interactions” and most people who live in these areas, do not have the luxury of distancing themselves from other people. Self-isolation and working from homes are not options that are available to them. The Director of the International Growth Centre, Astrid Haas writes in the Conversation that cities around the world, which are currently the epicentres of the coronavirus outbreak, “have adapted and reinvented themselves in the face of crisis and disaster”. With so many working from home now; it could mean that the “need for centrally located offices will diminish”. In Africa, Haas writes the continent urban areas need to be reshaped to withstand future pandemics. – Linda van Tilburg

The power of cities comes from the number of interactions they enable, between people, firms and markets – they are centres of social interaction. For all their virtues, however, cities have a major downside. They are a fertile ground for contagion, such as the rapid spread of Covid-19.

This is because cities are by definition places of density, with large numbers of people living and interacting in close proximity. Furthermore, many cities are deeply embedded in national, regional and global networks. This is embodied by infrastructural features such as airports, ports and other transport terminals ferrying goods and people at a high frequency. As such, the potential for transmission rates of Covid-19 within them may be far higher relative to national averages.

This is aptly illustrated by New York City, which already accounts for approximately half of all known cases in the US. Perhaps even more shocking, it accounted for 5% of all confirmed cases in the world – and it is just one city of about 8.6 million people.

Given the characteristics of many African cities, the situation, without appropriate mitigation measures, could be far worse. For example, density levels in certain parts of African cities, most notably in slums and other informal settlements, may be even higher than New York’s. It is estimated that about 2/3rds of Nairobi’s population lives on just 6% of its land. In Kampala, 71% of households sleep in a single room.

These congested settlements have few amenities. Only an estimated 56% of the urban population in sub-Saharan Africa have access to piped water. And even those with access, they can spend 30 minutes or longer sourcing it. 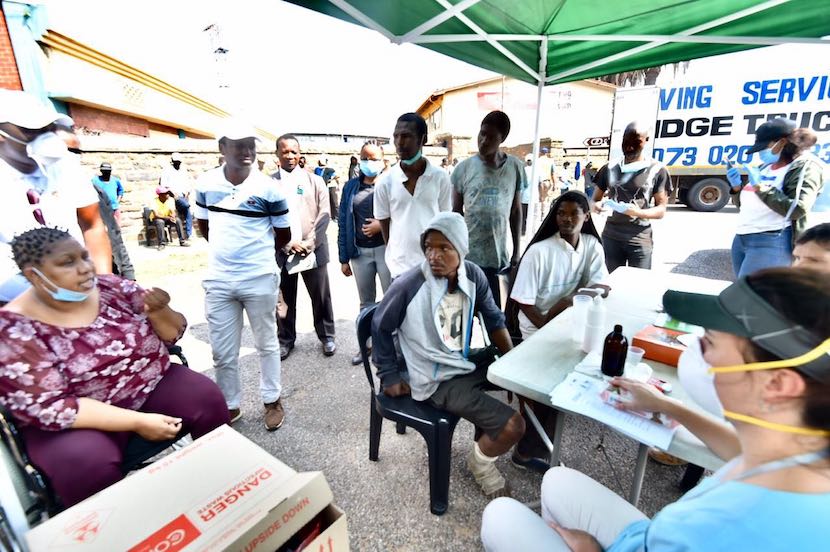 This begs the question whether frequent hand-washing – one of two of the main measures to prevent transmission – is even feasible. The same goes for social distancing, the second recommended preventative measure, both given density and also because it runs contrary to many African societal norms, which are inherently deeply communal.

At the same time, one of the drivers of rural-urban migration in Africa is the relatively better access to services in the city. This includes health services. Data from the countries with already well-developed and funded health systems show that they are experiencing immense strain with COVID-19 patients. In the US, it is predicted that at least 200,000 intensive care unit (ICU) beds will be needed in the case of a moderate outbreak. The whole of Uganda on the other hand has 55 ICU beds in 12 operational units. It is clear that with similar infection rates African health systems would collapse. Yet people are still more likely to be treated in urban areas. In Uganda’s case, 80% of these ICU beds are located in Kampala.

To reinforce social-distancing, many governments in Europe and US are enforcing strict temporary lockdown measures. African governments, which still lag behind in terms of the known infection rate, are quickly following suit – some with even harsher measures. Given that urban centres are major economic nodes they will naturally bear a disproportionate economic burden of any lockdowns. This effect will rapidly percolate through the whole economy.

Urban dwellers working in the informal sector will be the first and potentially some of the hardest hit. About 85% of workers do not receive a reported wage. Rather in many African cities, the majority earn their daily keep from the informal service sector, particularly selling or providing manual labour. Here there is no option to work from home: both because of the lack of necessary infrastructure such as power and more importantly because their jobs are predicated on face-to-face interactions.

Even though they are working, their daily earnings are small. In Kampala, for example, a survey of informal sector firms showed that 93% of them are already operating below the poverty line. Therefore lockdowns, for these populations, will mean not earning a wage and affect their survival. 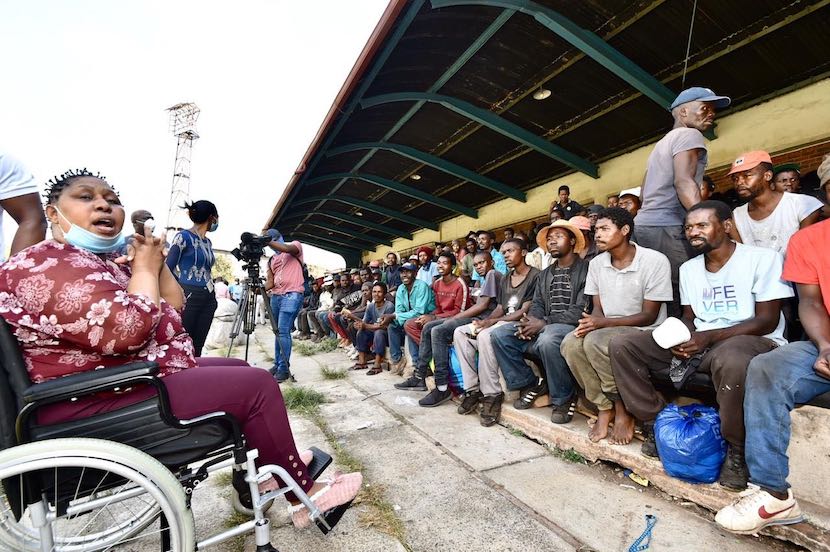 This is exacerbated as urban populations are largely beholden to food prices, given in general they are not able to grow their own food. Early indications already show that some countries like Ghana have seen rise in food prices by nearly 30% already due to panic buying and disruptions in food supply chains.

This is particularly worrisome for some countries already concerned about a food crisis this year, due to the plague of locusts affecting supplies. With the timelines of the overall COVID-19 crisis remaining unclear, feeding one’s family, particularly in urban areas, with no income and rising prices is already becoming an increasing struggle.

Lockdowns may support curbing transmissions, but by potentially pushing millions more people across the continent below the poverty line, it could have other detrimental, and potentially worse, longer-lasting effects beyond the health impact. Therefore, reshaping African cities in the pandemic’s aftermath to ensure they can be engines of economic growth in the future, will be key.

Cities across the globe and throughout history have adapted and reinvented themselves in the face of crisis and disaster. Some analysts are predicting that cities in the US, will emerge and be reshaped by this crisis, for example, as a result of people working from home. This means the need for centrally located offices will diminish.

The nature of jobs is different in African cities. Working from home is not likely to be an option. Rather, it may even be that, in the aftermath of the crisis, rural-urban migration actually increases as people flock to cities in search of more economic opportunities.

Preparing for this by ensuring urbanisation is well managed will be critical to providing the engine to ramping up national economic growth.

A critical element of this and in particular to prepare for the next pandemic, is the need for cities to invest in productive infrastructure, focused on improving health outcomes. This includes water and sewage infrastructure as well as increasing the number of health facilities.

The density of cities that make them susceptible to disease, also make them more efficient to provide infrastructure to a large number of people. In managing and shaping Africa’s urban future there should be a central role for public health officials, working alongside planners, economists and others. This can help reduce the potential of contagion whilst maintaining the power of cities.