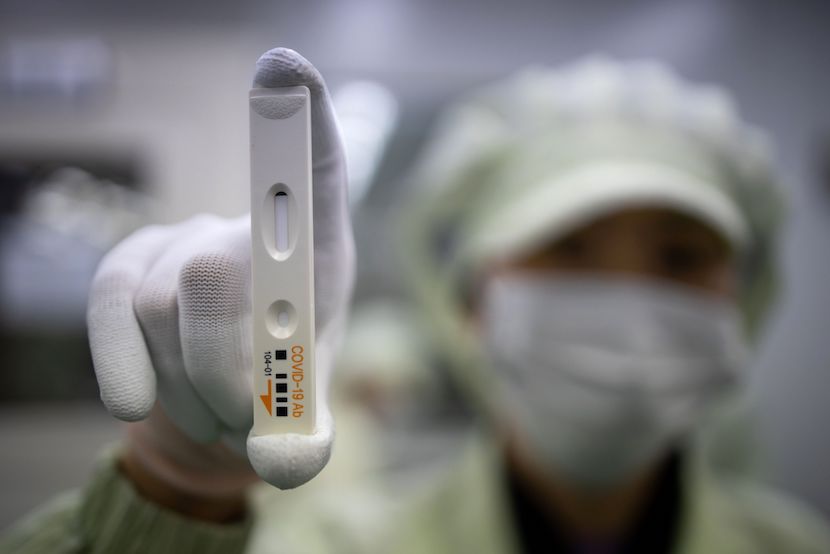 Testing is key to containing disease spread, but a paucity of Covid-19 rapid-test kits and the release of poorly-filtered infection stats prompting panic and overwhelm of our low hospital bed-to-population capacity are vital 3rd world caveats. Nigeria’s Academy of Science Executive Secretary, Professor Doyin Odubanjo, cites his own country’s Covid status; Some 65 confirmed cases among 200 million Nigerians – but over 4,000 contacts, (already outdated). He has testing concerns; the allocation of test kits, (some sub-standard), being diverted according to social and political whims – something our better journalistic outfits might fruitfully probe locally – the legacy of the Zuma years, (and cadre deployment), being imbedded at grassroots delivery level. Just look at the few religious/political leaders now infected and know that self-interest levels are rising fast among local government officials who profit by saying; “kuzodla mina qala, nama chommie wami,’ (Me and my chums will eat first) rather than ascribe to Cyril’s ‘Thuma Mina” (send me) service ethic. The long-standing ‘know your status’ HIV message will also be top of mind for them, simply because they were tasked with spreading it. Panic results overwhelm at poorly-staffed and under-resourced outpatient departments when people report for little or no reason, only to (eventually) be sent home to self-isolate and self-observe, having now surely caught the virus. – Chris Bateman

You can’t fight a virus if you don’t know where it is.

These were the words of Director General of the World Health Organisation (WHO), Dr Tedros Adhanom Ghebreyesus, at his briefing on the Covid-19 pandemic in mid-March.

He made the statement in a bid to underscore the need to test many more people as key to containing the spread of the disease.

Ordinarily, that makes sense and I would agree with it. It is the right thing to do in the face of a disease which would show mild to no symptoms in the majority of those that are infected but does not inhibit their ability to infect others.

Countries that follow the WHO view have sought to buy test kits and increase the number of tests conducted daily. Others have been more cautious and have set up guidelines to ensure that they only test people with significant history of risk for Covid-19 or symptoms of the disease.

Looking at the various models and the progression of the pandemic, I wish to offer some views on testing and the attendant issues and challenges.

I believe that there are a myriad of factors to consider and that, particularly in Africa, countries have to take them all on board when making their decisions to curtail the spread of the virus.

It is quite clear that the world is now dealing with two pandemics instead of one. The first is the virus. The second is fear and, in many cases, outright panic. That is why landlords are kicking out health workers from their houses. That is why we get reports of chloroquine toxicity within 24 hours of US President Donald Trump saying that might be the treatment for Covid-19.

What has panic got to do with testing? Panic is being driven by the way in which the outcome of testing is being communicated. For example, most countries are releasing data about how many more cases there are. But they are not telling their citizens how many of these people have no symptoms at all, or have mild ones.

Knowing how many of those who tested positive were not considered to be in a critical state would be helpful.

The other area in which data is being badly handled, and adding to panic levels, is that countries are reporting new cases on a daily basis. These aren’t necessarily new infections but, rather, new detections. Most are people who already had it and (for whatever reason were able to get tested) were found to be positive. They are people who, just the day before, did not know they had the virus and therefore weren’t provoking fear in others. Also, the number of new confirmed cases alone may not be the best indicator for the challenge the disease poses in a country or community.

Knowing their status now should not cause panic. It should simply inform about the importance of the preventive measures, including testing, to prevent spread of the disease.

Countries are being urged to test as many people as possible in the face of limited test resources. The mainstay polymerase chain reaction test is quite limited and relatively slow. It is also expensive given the requirements even of staff and laboratories.

Enter rapid test kits to the rescue. But there aren’t enough. Even the US doesn’t have enough test kits to meet the demand.

In addition, not all the kits in use have been tested properly. For example, there are reports that thousands of test kits imported by the Spanish health authorities were found to be faulty.

The challenge of a test kit giving false negatives is that the people are told, erroneously, that they do not have the virus. They go away and continue to infect others freely. In the event that they have any symptoms, they are likely to ignore these, and some may become severely ill before seeking care. If they do seek care early, the health care workers may be exposed to Covid-19 thinking that this person had tested negative and could only have some other disease.

A false positive, on the other hand, means that the number of cases reported continues to rise along with the panic created and attendant socio-economic disruption.

The Jack Ma Foundation has donated 20,000 test kits to Nigeria. But what are these among so many? Consider two statistics alongside this number. The population of the country – about 200 million people. And the fact that with 65 confirmed cases (as at the time of writing this), Nigeria is tracking over 4,000 contacts already.

A further complication in Nigeria is that the allocation of available tests kits could become subject to social and political whims. Government officials are scrambling to get tested along with their families and wealthy friends. Unfortunately, the guidelines for determining who to test won’t apply to this category of people. This means that limited resources will be used up.

The fatality rate for Covid-19 has not yet been definitively established. Nevertheless, the fatality rate – particularly among older people – has been one of the major factors stoking fear. It is also one of the reasons hospitals are overwhelmed with Covid-19 positive cases.

This is why the decision to increase testing needs to be made along with ensuring that the facilities are in place to manage the increase in numbers of people identified with Covid-19. Without additional measures, hospitals will simply become overwhelmed, as has happened in the US.

In China, for example, several new health facilities were built in just a few weeks along with the deployment of thousands of health workers to Wuhan, the epicentre of the outbreak in that country. For its part the UK recalled about 10,000 retired health workers and the US is offering visas to health workers who might want to come and work there.

In Nigeria, the approach being taken is similar to that of China. New facilities are being established and equipped to handle Covid-19 cases.

What needs to be done

I would argue that we should not just follow the admonition of the WHO to “test, test, test” without examining it in the context of our local peculiarities. Testing is important but countries should adapt guidelines for testing that work for them, knowing also the dangers of having asymptomatic disease spreaders – that is those who have the virus but aren’t showing any symptoms.

They should also consider reporting confirmed cases along with their clinical status as well as recoveries and discharges (all to encourage reporting of possible cases). The bigger worry is the fatalities and that is what countries must work to avoid.

Lastly, lock downs must be considered – the socio-economic challenges weighed into it – as a means to minimise the spread in the face of limited facilities. This would allow those who might require hospital admissions to show up, while those who don’t will stop spreading the disease while they recover on their own.