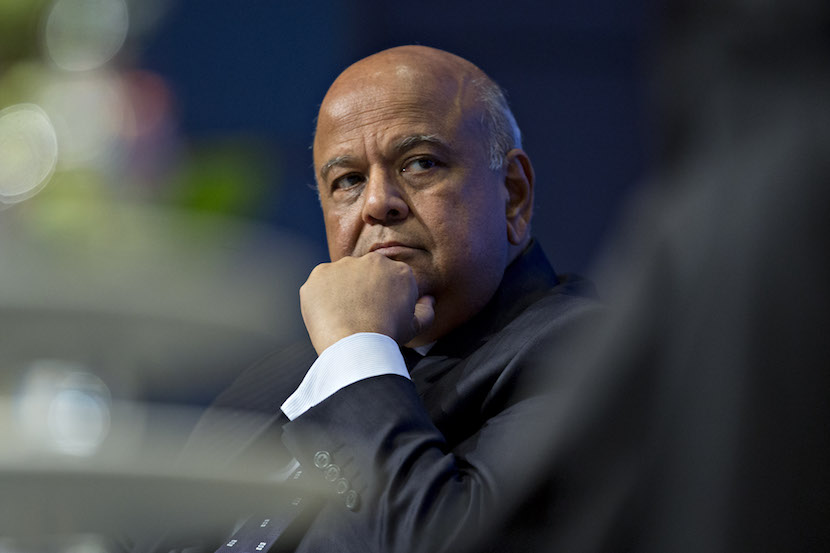 For many South Africans, Pravin Gordhan is a modern-day hero. In the Jacob Zuma era, he stood his ground as the corrupt and captured tried to work him out of office. The Public Enterprises  and former minister of finance was lauded for his resolve in standoffs with Zuma. In 2016 Gordhan pushed back over irregularities at the South African Revenue Service and over nuclear-power expansion. Prosecutors dropped spurious fraud charges, laid against Gordhan in a campaign designed to wear him out, in 2016. But for Paul O’Sullivan, a forensic investigator who has campaigned tirelessly to put graft-tainted individuals behind bars, Gordhan should be called to account for the crooked mess at SAA – which is increasingly looking like it has reached the end of its life. O’Sullivan reckons that, at the very least, Gordhan is all hat and no horse, all talk and no action. Like Hamlet, Pravin’s procrastination has played into a tragic ending. As O’Sullivan writes, in this powerful piece, SAA is not a casualty of Covid-19 – it’s a casualty of ANC-sponsored corruption. – Jackie Cameron

Zuma’s ANC allowed, no promoted, a primary school teacher to run Africa’s biggest airline. Dudu Myeni-Zuma, was not only incompetent she was corrupt and totally dishonest. She single-handedly treated that airline as her own property and proceeded to strip away its asset value, its intrinsic value, its brand value and its good will.

The pre-Zuma ANC fully recognised and understood the strategic value of SAA. South Africa is not in Europe, we are at the tip of Africa, a long way from all the other continents and 8 hours from the North of our own continent. As such SA is a long-haul destination and always will be. More than two million people are directly employed in the tourism and hospitality industry. SAA employs a further 8,000 people.

The historical strategic value of SAA, when I sat on the boards of Johannesburg Tourism and the Tourism Business Council of South Africa, was recognised by the then Mbeki-appointed tourism Minister, Valli Moosa, who along with all tourism industry stakeholders saw that SAA had a vital role to play in driving competitive pricing in the long haul inbound markets being flown by British Airways, KLM, Air France, Lufthansa, Qantas and Delta.

SAA strategically competed on the routes, thereby driving market related pricing. Even with the competition it has long been recognised that the most lucrative routes in the world was JNB/CPT to LHR, FRA, CDG, AMS, JFK and SYD. The very first long-haul jet airline route in the world in 1952, was London to Johannesburg.

Under Zuma’s mistress, SAA is a shadow of its former self and, if certain people had their way, it would be left to the wolves out there. With SAA gone, the other airlines would have a field day with their prices and CPT/JNB would be priced out of the long-haul tourist market, costing the country hundreds of thousands of jobs.

You don’t close down an airline because a crook had her grubby hands on it for six years. You fire the crook, fix the airline and make it work properly.

If the same analogy being applied to SAA was applied to the other SOC’s that have been bled dry by the Zuptas, then we would also have to shut down ESKOM, PRASA, Transnet, Denel, most of the water boards and most of the large municipalities.

South Africans seem to have short memories, as far as Gordhan is concerned. He was very quick to trot along to the Zondo Commission in March 2019, to spill the beans on Moyane and Zuma and even related the sordid tale of how he could not do his job because of Zuma. He related crimes that had taken place in 2015, 2016 and 2017, yet he remained silent on why he did nothing about it.

Despite being able to recall with alacrity, events of 2015 and 2016, not a single relevant question was asked of Mr Gordhan. He should have been asked at least the following questions:

I asked Gordhan in July 2016, at a presentation he gave to the Institute of Directors at EY’s Sandton head office, when he was going to fire Dudu Myeni and stop the corruption?

He gave me a dirty look and stated that he was in the process to change the whole board and we would have to wait and see.

This is how he fobbed me off. Yet he kept Myeni in place for a further 16 months, instead of stopping the rot right there and then. He gave her the time she needed to inject the final kiss of death to SAA and clean up her audit trail before vanishing quietly out of the door, with no sanction.

The inconvenient truth is that Gordhan must shoulder joint and several liability along with Myeni, Zuma and the whole cabinet and NEC of the ruling party, for the crooked mess created at SAA.

If Gordhan had put his foot down and fired Zuma’s mistress when the opportunities presented themselves, (and there were many of them) we would not have been in the mess we are in today. Now he wants to claim the Q-dos for stopping the bleeding, when in fact he was part of the cause of it and will simply causes hundreds of thousands of job losses in the tourism industry.

I note with pride the three month salary sacrifices Cyril Ramaphosa and the cabinet have taken to help the war on Covid-19. Don’t stop there, make it a 50% salary cut, not only for the cabinet, but for all ANC MP’s and let the salary cut stay in place, until they have covered the cost of the SAA debt brought about by their criminal conduct in the first place.

They are dirty rotten scoundrels and a good few of them belong in prison. Sadly it is becoming clearer and clearer that they are immune from sanction at the hands of an impotent and captured DPCI, Police and NPA.

The Zondo Commission as we knew it was effectively killed off by Covid-19 and I would be pleasantly surprised if it actually can get back up and running and bring people to book.

Finally, in case we don’t forget, when Saffies got stranded overseas because of Covid-19, it was SAA that came to the rescue flying to places NOT on their normal routes, like Brussels, Miami, Wuhan and many other cities. When China and other countries donated desperately needed supplies for South Africa to combat COVID 19, it was SAA that flew to countries like China and elsewhere to collect the supplies and after filling up the cargo hold, put boxes on passenger seats with seat belts to keep them in place, or placed the boxes under the seats. The crews got extra-ordinary permission from the SA CAA to fly long-haul and back with no rest.

Put short, they are unsung heroes!

We are quick to forget and thank the SAA crews for helping us in our darkest hour and seem content to let Gordhan throw the baby out with the bath water.

SAA is not the problem, it is the symptom of a corrupt ANC.

I have a simple solution, hold the whole ANC accountable for ruining an almost 90 year old airline, along with their crimes at PRASA, ESKOM, Transnet, Denel and most of the city councils and water-boards. Hold them accountable by putting those responsible in prison for a very long time.

Fix the state owned companies and get this country back on top. If the only way to do it is to fire the whole ANC, then so be it.