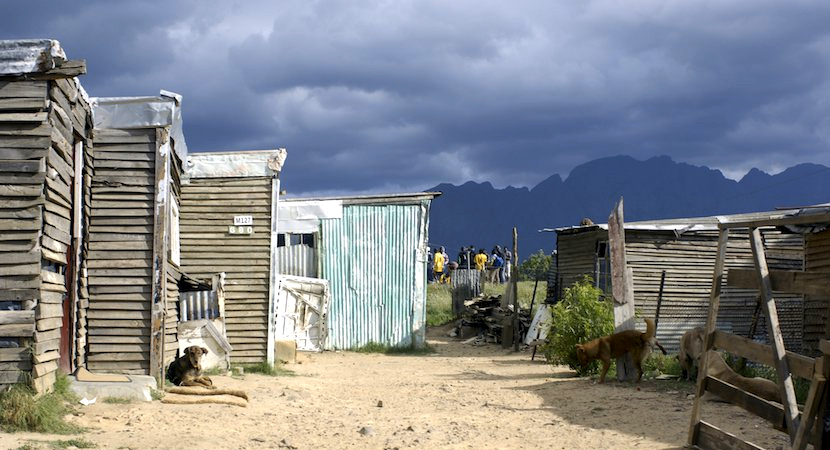 Some of South Africa’s wealthiest people have contributed staggering sums to help the country heal after Covid-19 containment. These include the families of Mary and Nicky Oppenheimer, Johann Rupert and Patrice Motsepe, who have each contributed at least R1bn, and bosses of Johannesburg-listed companies like Absa and FirstRand subsidiaries who have donated slices of their salaries to the Solidarity Fund. Also digging deep have been more than 700,000 people who have added money to the Solidarity Fund. Many others are doing their bit for the very poor, with employers of domestic workers making sure their household help continues to receive income while the country remains in lockdown and community efforts to deliver food parcels where they are needed the most. President Cyril Ramaphosa and his top team have also sacrificed portions of their salaries to fight the Covid-19 cause. But, there are analysts, like the wealth inequality specialists who have penned this piece, who reckon these efforts are not enough. The haves must be made to pay up even more to help prop up the economy through a wealth tax, they argue – even though there are concerns, including at the upper echelons of government, that the highest income earners can’t take much more tax pain. – Jackie Cameron

The consequences of the Covid-19 lockdown are yet to be fully determined and understood. But one thing we can be fairly certain of – in South Africa its impact will be shaped by the country’s inequalities.

Our study reveals that half of the adult population survives with near-zero savings, while 3,500 individuals own 15% of the country’s wealth. The response to the crisis must take this into account to help the most vulnerable while still safeguarding fiscal sustainability.

Based on our new study on wealth inequality in South Africa, we propose a progressive solidarity wealth tax. This would allocate the fiscal burden of current interventions on those most capable of paying. It is in line with the recommendations recently made by the International Monetary Fund to equitably attain fiscal sustainability and better position the economy for post-COVID recovery.

We show that a wealth tax on the richest 354,000 individuals could raise at least R143 billion. That equates to 29% of the announced R500bn fiscal cost of the relief package.

A lot of studies show how extreme income inequality is in South Africa, but little has been documented about wealth. Net wealth is the sum of all assets less any debts. Assets include cash, bank deposits, pensions, life insurance, property, bonds and stocks. Debt includes mortgages and other loans such as retail store credit accounts or loans from friends, family and money lenders.

In our new paper, we combine national accounts statistics, household surveys and exhaustive tax microdata to assess the reliability of available data sources. We also provide the most comprehensive possible picture of the distribution of wealth. This is the first time this has been done in South Africa.

Better data is needed – about direct ownership, capital income and assets held through trusts. Nevertheless, our results give a good sense of the magnitude of the disparities. Three key results are worth mentioning.

Thirdly, we show that wealth concentration has remained broadly stable since 1993, and may even have increased within top wealth groups. Wealth inequality remains significantly higher than what could be estimated in Russia, China, India, the US or France.

Why wealth inequality matters now more than ever

Our findings are particularly relevant to the current crisis. South Africans are unequally armed to survive the contraction of the economy produced by the lockdown. Our paper helps get a sense of the size of the population likely to be under intense stress in the very short term.

Before the lockdown, about half of the population was already in debt, or had near-zero net wealth. Therefore, this crisis will at best sink millions of people further into indebtedness or force them to beg, loot or starve. Conversely, our paper shows that a minority of individuals are in a much less vulnerable situation.

The policy solutions needed to absorb the shock and recover fast must be carefully designed to take these factors into account. Principally, they need to reallocate resources to give everybody equal chances to survive the shock.

In this unprecedented crisis, the government announced a relief package with a R500 billion fiscal cost. One key remaining question is how such a plan will be funded.

The possibility of collecting additional tax revenue from those most able to contribute has not yet been brought to the table. We believe it should be considered. Our estimation suggests it would raise significant revenues. And it would allow the country to allocate the cost of the national response on the least vulnerable.

In the spirit of solidarity, a wealth tax could be part of the solution to safeguard long-run fiscal sustainability and inclusive growth.

How much could a wealth tax raise?

We propose a progressive wealth tax, which would apply only to South Africans with a net wealth currently superior to R3.6 million, that is the richest 354,000 (1% of the adult population).

Other tax schedules could of course be designed. The objective here is to give an order of magnitude of the expected revenues.

Taking into account the recent Johannesburg Stock Exchange All Share Index drop in value and assuming a 30% evasion rate (as available evidence suggests), we simulate that such tax would raise R143 billion.

It would still leave rich individuals with very high levels of wealth: for each of the brackets, post-tax wealth would on average be R9.3 million, R50 million and R376 million respectively.

Critics of a wealth tax argue that it would be too costly and complex to implement. But South Africa is well positioned to administer this tax cost-effectively.

Secondly, South Africa already has in place third-party reporting by financial intermediaries straight into the South African Revenue Service, providing information on capital income and ownership. Existing municipal valuations could be used to value property assets. This would cover the major components of asset holdings, especially stocks and bonds.

Capital flight, through offshoring or migration, is a potential risk. We account for this by making conservative assumptions about avoidance and evasion, and still project sizeable revenues. There is also markedly more cooperation between tax authorities to clamp down on undeclared incomes and assets in foreign jurisdictions, including tax havens. The premise is not a given. Capital flight implies forfeiting opportunities that considerably enriched them for the sake of avoiding a tax that barely makes an impact on their total wealth. Importantly, the wealthy themselves have said now is the time for solidarity.

A wealth tax, contrary to popular opinion, would not necessarily discourage job-creating investments. Maintaining fiscal sustainability while sparing the most vulnerable is more important to ensure a quick recovery and attract investments. Moreover, inherited wealth has a significant role in South Africa: we find high levels of wealth concentration even among 20-year-olds. Diminishing the importance of inherited capital with a wealth tax may actually be a better collective strategy to improve social welfare, including growth.

In light of the lessons learned from the Zondo commission of inquiry into corruption, taxpayers would need guarantees that this special tax will be properly collected and spent. The national treasury already uses ringfencing mechanisms to make revenue and spending for specific projects accountable. To answer potential criticism, the government could build on such rules to generalise more transparent practices.

There may be theoretical implementation challenges of such a wealth tax. But we would argue that South Africa is well placed to overcome these.

When designing the radar for Britain during World War II, Robert Watson-Watt justified his choice of a non-optimal frequency as follows:

Give them the third best to go on with; the second best comes too late, the best never comes.

This radar was pivotal in allowing Britain to overcome a larger, more sophisticated German air force.

In our situation, we cannot let perfection be the enemy of progress, or in this case, survival.