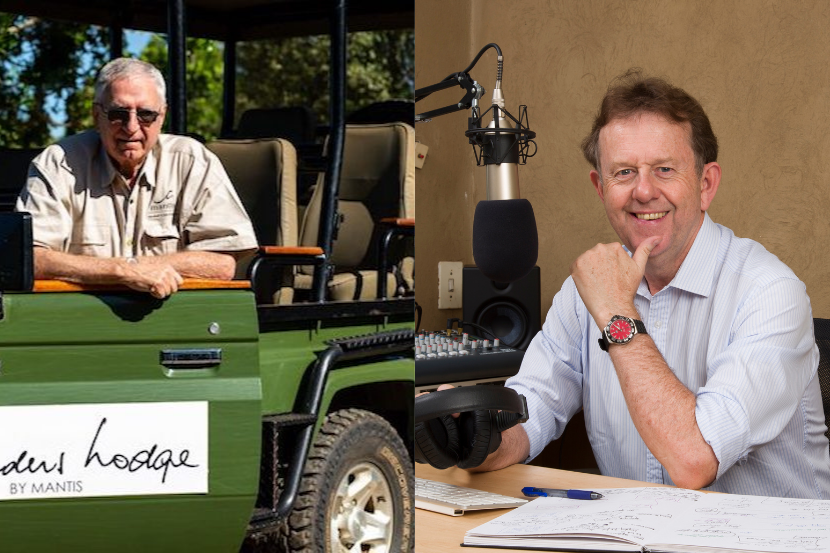 The focus of this episode is one of South Africa’s most successful entrepreneurs, Port Elizabeth’s Adrian Gardiner. The inspirational story of this low profile family man exposes the ingredients needed by all successful entrepreneurs: curiosity, tenacity, humility, grit and, most of all, the self-belief to dust yourself off and start again. Gardiner lost everything in 1979 when an economic recession pushed his highly geared businesses into bankruptcy. But within a decade he was back on top of the local pond – and through his Mantis Group, making inroads on the continental and global stage. A fascinating story of a man who, at 77, despite being heavily invested in the Covid-19 affected hospitality sector, retains all the optimism of his youth. – Alec Hogg

You’re taking me back a few decades. That was definitely an era of our lives. That year, I think we won eight Group 1 [races] – which I don’t think has been done before.  Plus, we had horse of the year, filly of the year and sprinter of the year. It was just one heck of a year in horse racing. I’ll always remember those years for the wonderful people I met. Just to give you some examples, you know that obviously Gary Player was in breeding of horses. Terrance Millard trained our horses. Then the great Graham Beck and I became very good friends.

On his early days:

I was born in Chingola (city in Zambia), then came down to Bulawayo. My father was a surveyor on the mines. That’s also an interesting story, because he met my mother on a mine just outside Bulawayo, called Bushtick Mine. My mother was the daughter of the general manager. That mine closed, so then he went up to Northern Rhodesia, to the copper mines there. I was born in ’43 and he tried to go to war, but they wouldn’t let any of those people who were involved in critical production of minerals needed for the war. He was stopped on his canoe trying to get across the Zambezi to go back.

After the war – when I was about four years old – we moved to Bulawayo. It was an exceptional time for me, because what happened is that, the clock came back to 12. Him and his friends decided to take that Bushtick Mine and turn it into a school. That became Falcon College – which today, I think, is one of the best schools in Zimbabwe. It’s been going since the late 50s. I came in in the second year of operation, when there were about 50 of us at that school. The times that I had there really ignited my entrepreneurial flair. We had to do everything. We had to plant all the fields there. It was a career at school that I will never forget.

On the beginnings of Shamwari:

I’m sitting with a bit of money, having sold Roodefontein – the farm. I said to myself, ‘this is what I really want to do. I want my patch of Africa’. We went to Zimbabwe, looked for a farm there. Looked at something in Botswana. I looked all over the place. Then I said to myself, ‘if I don’t find something close to where I am, I’m not going to make a success of it, because I want to be involved’. I was sitting at a cricket match and a friend of mine said to me, ‘there’s a farm for sale in a little town called Alicedale. It’s only 1200 hectares, go and have a look at it. I bought that farm for under R300 a hectare. Thankfully, the farm next door came up – then I had 3000 hectares. Then the next farm came and the next farm came and before I knew it, I had 11,000 hectares. I said to myself, now how the hell do I commercialise this?’

I did a lot of research. Fortunately, there was a lot of research done here. There was a book written on what animals existed here when the 1820 settlers came in. When I looked at that and realised what was here, I thought to myself ‘wow, if I can put this back here, this is going to be something special. Because not only will I have the big five, I’ll be the first malaria-free big five. It will have a lot of advantages, it will be an hour from Port Elizabeth.’

How can I get endorsements for what I’m doing? I looked and looked and I really found the right guy – Dr Ian Player. Ian was very involved in Natal, in all the game reserves there – saving the white rhino from extinction. I went to listen to him here. He was doing a talk at Volkswagen, because he had the Terra Nova award which Volkswagen used to give to conservationists. I said to him, ‘please come and have a look at what I’m doing’. He listened. He was a real gentleman and he gave me his telephone number.

One day, on his way to Cape Town, he got off the plane here at nine in the morning, spent the day with me, went on to Cape Town and that was the start of an incredible friendship and mentorship that I will never forget for as long as I live. Not only did he introduce me to his brother – but many other people – and conservationists all over the world. He asked them to come and see what we are doing.

On finding business partners you can trust:

Today in the partnerships that I do, we put in the money equally. So we’re both at risk. I’m not carrying the can for the full amount. I think that has been the lesson. I suppose you mature and you realise when you’re doing these things that you’re dealing with people who understand what they want.

I’ve made a lot of mistakes in my life. When I look back and see, should I have done this? Should I have done that? To an extent, I’ve still trusted people, but not to any extent that’s going to change my life. I still get let down. That’s a chance I’ll take, because I see the other side of the coin. We’ve made a difference to the Eastern Cape. Well, it’s not me. It’s the team. Our legacy will always be there, that the Eastern Cape is definitely a wildlife destination today.

I knew Cyril from the days when Graham Beck introduced me. We’ve all got high hopes. I hope that he really does pull it through. But I understand where he is. It’s a very difficult situation that he finds himself in.