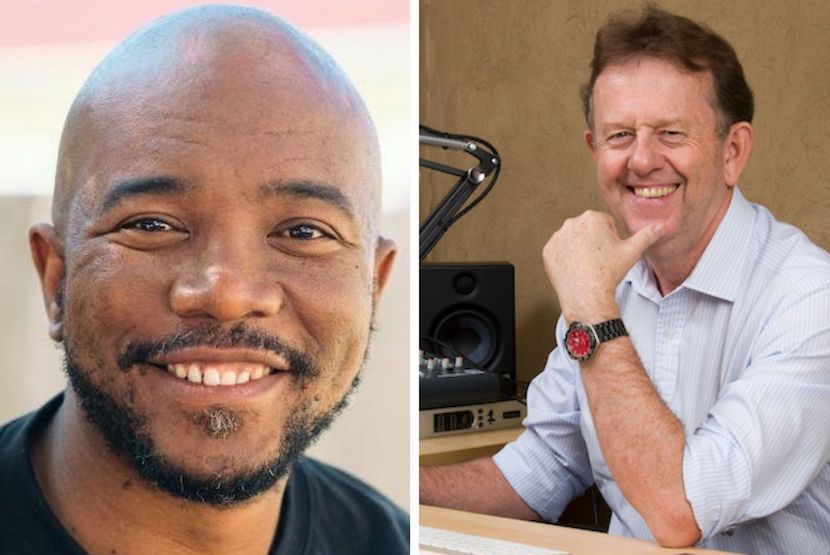 My favourite story about Mmusi Maimane comes from Perry, long-time now former manager of the famous Grill House restaurant in Rosebank, Johannesburg. We’d often chat while I waited for guests or staying behind to compliment him after an always excellent meal. One day I mentioned having seen then DA leader Maimane in the restaurant. “He comes here quite often,” Perry shared, “is always kind to the staff, and his order is always the same: a 200g steak and a diet coke. That’s so different to most of the other politicians who come here……..” Spontaneous endorsements like Perry’s are more valuable than gazillions of words regurgitated by captured mouthpieces. It supports my own experiences where I’ve found Maimane to be similarly authentic  – like during and after his presentation to a packed hall at the London School of Economics, or delivering a message of hope to a smaller business audience. On the weekend, the DA elected a group of new leaders. They are putting a brave face on it,  but you have to wonder whether the party will rue not fighting harder to retain Maimane before he stepped down in October 2019. In Episode 13 of The Alec Hogg Show (click below to listen), we hear the back story to what has shaped and motivates South Africa’s youthful political disruptor whose activism is rooted deeply in religion.- Alec Hogg 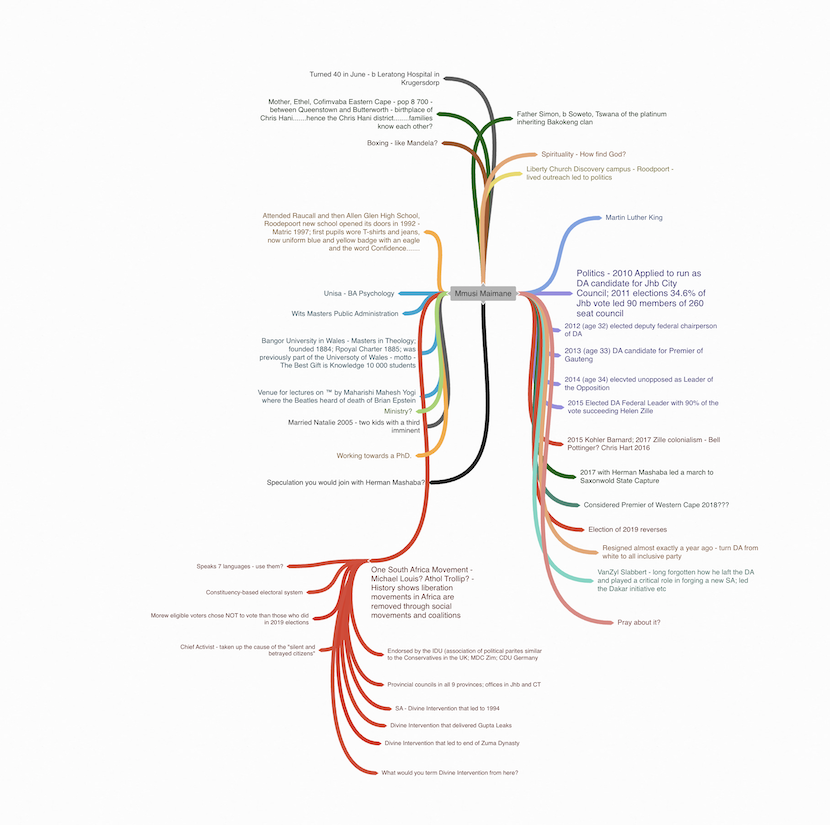 It’s a year since Mmusi Maimane followed the lead of the late Frederick Van Zyl Slabbert and resigned from the Official Opposition to seek a political solution for SA outside of Parliament.

History shows Slabbert made the right call, his contribution from outside the tent far more effective than it could possibly have been inside. So too, it seems, with Maimane.

The mushrooming of this workaholic One South Africa movement suggests that he, too, is on the road to making a big difference.

Drawing on the examples of France’s En Marche, Poland’s Solidarity and Zimbabwe’s MDC, the Maimane-led movement is referencing successful templates. And as South Africa’s Constitutional Court has demanding a re-writing of the Electoral Act, the timing is perfect.