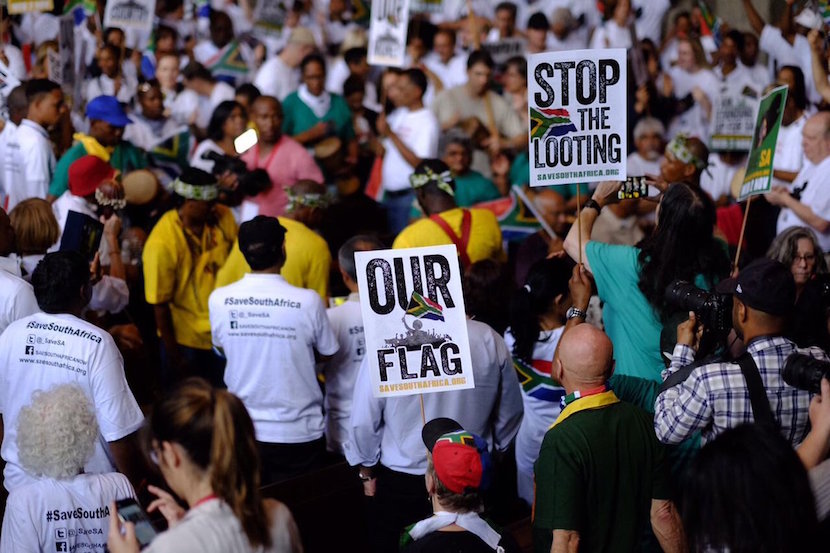 Covid-19 only exacerbated the dire straits that the South African economy found itself in last year. To compliment the millions of job losses and business closures, was the downgrading to junk status. A contracted workforce means reduced tax revenue, meaning that the South African government will have to ‘do more with less’, according to Mcebisi Ndletyana. Reducing government spend is one place to start. It seems to be the right place, too, as Ndletyana explains. ‘According to the Auditor General, in national and provincial departments alone for the year 2017/18, the amount wasted stood at a staggering R2.57bn. While the government denounces ‘the lack of professionalism in the public service’, Ndletyana believes the problem stems from something deeper than bureaucracy. ‘The real problem has more to do with politics’. Here, the Associate Professor of Political Science shares his thoughts on why politicians stand in between South Africans and a competent civil service. This article was first published on The Conversation. – Jarryd Neves

South African politicians, not bureaucrats, stand in the way of a professional civil service

The post-Covid-19 world will demand that governments do more with less, or at least spend within their means. Economic activity has ground to a halt. In South Africa’s case, the country was in bad shape even before the pandemic.

Covid-19 coincided with the downgrading of the country’s credit status to junk. More than three million people have since lost their jobs as companies shut down, reducing revenue collection. Estimates put the shortfall in revenue collection for last year between R150 billion and R250 billion (US$9.8bn-$16.3bn).

South Africa’s civil service, however, is notorious for wasteful expenditure. According to the Auditor General, in national and provincial departments alone for the year 2017/18, the amount wasted stood at a staggering R2.57bn. The government’s recently released policy framework, in which it decries the lack of professionalism in the public service and recommits government to fix the problem, is therefore welcome.

But there is a problem with the framework in its current form. It is overly focused on the administration. The real problem has more to do with politics. Yes, it’s true that the appointment of incompetent and uncaring civil servants has had a corrosive effect on government’s ability to do its job. And there may well be a substantial number of personnel who occupy positions for which they are unqualified. But all this has largely been caused, if not enabled, by politics.

Democratic South Africa did not start off with an independent bureaucracy when apartheid ended in 1994. Politics took priority over the bureaucracy. This was a necessary ordering of priorities for the new government, led by the African National Congress (ANC), to stand a chance of making any meaningful change.

An agreement reached before the first democratic elections included what became known as the “sunset clause”, which prescribed that apartheid bureaucrats be kept in their posts for the first five years of democracy. This created an odd situation. It meant that President Nelson Mandela’s newly elected administration would have to rely on apartheid bureaucrats to implement its policies of transformation.

This vignette illustrates the point. A stalwart of the ANC, Mac Maharaj, whom Mandela appointed to the cabinet, inherited C.F. Scheepers as his director general at the Department of Transport.

Some of our people’s wariness was so strong that it literally translated to ‘I won’t show it, but I’m going to get rid of this bastard as quickly as possible. Not because the man is bad, but because I proceed from the assumption that he comes from the old guard. I want somebody else from my ranks that I have confidence in.’

Maharaj chose to work closely with fellow activist Ketso Gordhan, whom he had appointed as special advisor.

Gordhan succeeded Scheepers as director general. A critical consideration in his appointment was familiarity with Maharaj. Not that Gordhan did not deserve the job. He had the competence that made him a leading and innovative public servant. But technical competence alone would not have got Maharaj to hire Gordhan. He still needed a track record of political activism.

Considering political affiliation a precondition for public service employment was more than a necessity. It was not new and had been prefigured by the apartheid government. As political journalists Ivor Wilkins and Hans Strydom revealed in their 1978 book The Super-Afrikaners: Inside the Afrikaner Broederbond, no-one could be appointed into any meaningful position, not even inspector of a school district, without being a member of the Afrikaner Broederbond, the secretive and exclusive intellectual vanguard of Afrikaner nationalism.

Gordhan’s appointment at director general in the first post-apartheid administration was partly enabled by the newly created Department of Public Service and Administration. It divested the old Public Service Commission of the responsibility for appointments. This placed politicians in charge of senior appointments in the public service. Although appointed partly on account of political loyalty, most director generals were technically qualified. Most acquitted themselves superbly in their new posts.

So what went wrong?

At some point, some of these senior appointees were behaving unprofessionally.

This was partly due to meddling from their political principals. Some senior executives, as we now hear from testimonies at the Zondo Commission on State Capture, caved in because they got a share of the favours they bestowed on their principals. Others carried out irregular instructions due to close personal relations. Some opted to leave the public service instead of capitulating to pressure to commit misdemeanours or flout policies (Maserumule, pp 197, 2013).

To its credit, the proposed policy implementation framework identifies political meddling in administration as one of the problems that requires remedying.

Yet none of the programmes it proposes – such as training, rotation among departments and secondment to academic institutions – are geared towards this problem. All target the bureaucrats. But ministers are just as blameworthy for lack of professionalism. Professionalism has to start with ministers for it to stand any chance of being embedded throughout the public service.

The proposed involvement of the Public Service Commission in the selection process may help. It will ensure appointment of personnel without any affinities to political heads.

This will protect them from political pressure. Having their job performance evaluated independently, which is not clearly spelt out in this framework, could also bolster the independence of bureaucrats. They will do their jobs freely without fear of dismissal if they disobey their political principals.

Ultimately, though, without ministers themselves being professional, the public service faces a tall order in achieving this goal. Their unprofessional conduct frustrates administrators and makes the work environment toxic.

There are countless instances of ministers changing the focus of the ministry, without completing existing programmes. These arbitrary changes betray a lack of appreciation for how long policies take to bear fruition. Instead, they insist on quick results, which entail cutting corners. By the end of their tenure, they have not only aborted what was a promising programme at the start of the term, but also have nothing show for their term.

Ministers too must be inducted. They clearly need it.