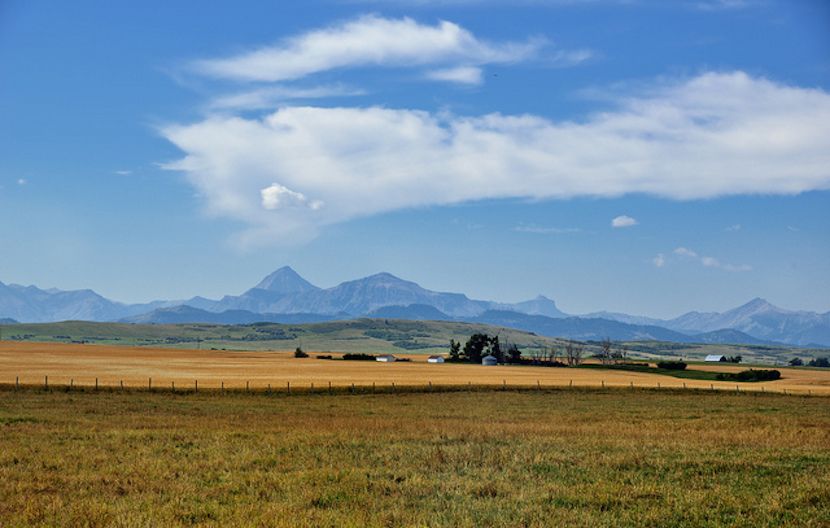 Dr Anthea Jeffery and the Institute of Race Relations have been warning of the ramifications of the Land Expropriation bill since it was gazetted. In an earlier interview Jeffery told BizNews that this Bill, if passed, will give legislature a ‘blank cheque’ to decide when and how land expropriation without compensation will happen in South Africa. Dr Jeffery adds that the definitions and criteria in the Bill could be expanded in future which creates massive uncertainty for millions of land owners. She warns that by definition, the ‘property’ mentioned in the bill extends beyond land and could include assets such as homes and mining rights. While the bill is being touted as a way to redress injustices of the past, Jeffery points out that South Africans of all races stand to lose far more than they realise if the bill isn’t ‘killed’. – Melani Nathan

The government’s new Expropriation Bill is a draconian measure that must be stopped before it can be used to strip millions of South Africans of their homes and other assets without fair procedures or equitable compensation.

This is thrust of Issue Alert: Expropriation Bill, One week left to ‘kill the bill’, published today by the Institute of Race Relations (IRR).

Author of the report, IRR head of policy research Dr Anthea Jeffery, warns that, far from addressing “the injustices of the past and (restoring) land rights” – as Deputy President David Mabuza claimed when the draft legislation was gazetted last October – the real import of the Bill is that “(all) asset classes are vulnerable, and so too are all South Africans”.

She writes: “The Bill has enormous ramifications for the 1 million white and 8.7 million black South Africans who own houses, the thousands of black South Africans who have bought more than 6 million hectares of urban and rural land since 1991, and the roughly 17 million people with informal rights to plots held in customary tenure. It also threatens companies, both large and small, with the loss of shares, business premises, mining rights, and other property.”

While South Africans “have been encouraged to believe that the Bill deals only with land, and primarily with ‘white’ farming land”, the Bill describes the “property” subject to its provisions as “not limited to land”.

In terms of the procedure, the Bill “will rig the rules of the game by bypassing both common law and constitutional protections for property rights. It will deprive the Constitution of much of its vital force, leaving people far more vulnerable to the destructive interventions of an increasingly powerful state.”

Jeffery notes that, under the Bill, law-abiding owners of homes and other property will have fewer rights than criminals illegally using a warehouse they own to store heroin and other drugs. The warehouse can be seized by the state only after its use for criminal purposes has been proved and a court order for its confiscation obtained.

But a municipality can expropriate a home by following the simple steps set out in the Bill – and without having to prove to a court that the expropriation is in the public interest or that the compensation is just and equitable.

This would allow any expropriating authority “to resort to ‘self-help’ when it embarks on an expropriation”.

The government claims the Bill will help “return” the land to “the people”, yet land and other assets expropriated for nil or inadequate compensation will in fact be owned or controlled by the state, and not transferred to black South Africans.

“Instead, this property will be held by the state as a patronage tool and used to deepen dependency on the ruling party. That is the fraud at the heart of the Bill,” Jeffery writes.

What of land reform?

First, the report points out that South Africa is a rapidly urbanising country in which most people want jobs and houses in the cities and have little wish to farm. Though the government has given black South Africans access to some 10 million hectares of mainly rural land under restitution or redistribution programmes since 1994, “this has brought little benefit to anyone”, with more than 70% of previously successful farms falling out of production, and many agricultural jobs being lost.

In the urban areas, where some 67% of South Africans now live, “the Bill cannot overcome the state’s persistent housing delivery failures”, which stem not from land acquisition costs, “but rather from inefficiency, cadre deployment, corruption, and bad policies.

The “remedy lies … in growth, jobs, and income … (but) little benefit will come from a Bill that encourages expropriation, deters investment and drives down the value of all housing stock”.

The report argues that while capitalism has been “extraordinarily successful in lifting people out of poverty”, the ANC remains “deeply hostile to it”. (Global research shows that countries that uphold property rights have much higher GDP per capita – even among the poorest 10% of citizens – than those with extensive state ownership and control over land and other assets.)

Jeffery warns that, over time, the Bill “will be used to strip people of their land, homes, business premises, pensions, and other assets – and to vest these in the hands of a powerful political elite intent on pursuing a socialist National Democratic Revolution”.

The draft law “does nothing to achieve what most people want: jobs, houses, schools, rising prosperity, individual liberty, and respect for the rule of law”, but will instead “scare off investment, weaken and in time destroy businesses, increase unemployment, and stifle the economic recovery the country so badly needs.’

Food security will be eroded, and hunger worsened, and it could “help trigger a sovereign debt default (and) set hyperinflation spiralling”.

With the 10 February deadline for public comment approaching, South Africans are urged to endorse the IRR’s submission (https://irr.org.za/campaigns/kill-the-bill-stop-ewc) and help ‘to kill this bill and protect property rights for everyone, black or white, rich or poor”.