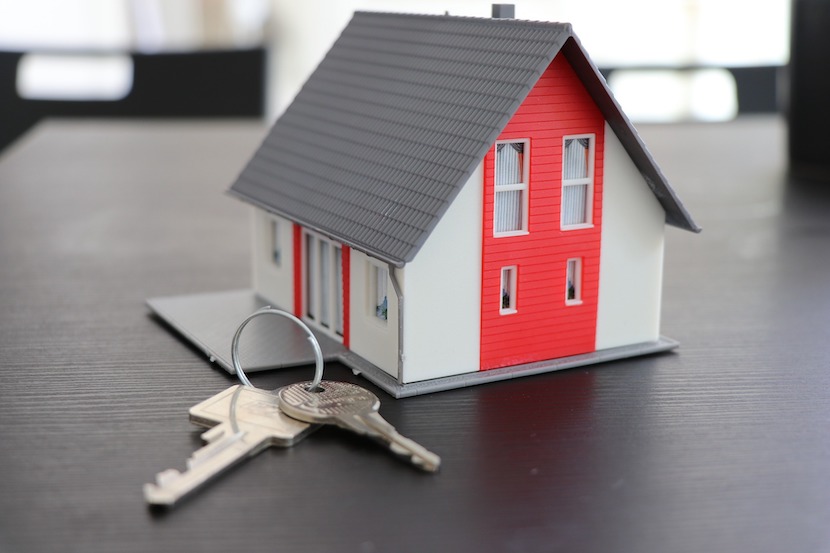 With the implementation of the ANC’s policy of land expropriation just around the corner, concern is growing about the reach of the legislation and whether residential property can be confiscated. And opponents of the legislation have argued that banks are not clear if owners of private property would have to continue to pay a bond on a property or land if the government decides to grab it. Estate agents have tried to allay fears saying that the paranoia is not justified, while some legal experts have earlier stated that “anything that is done cannot prejudice the bond holder” which are the banks. Terence Corrigan however believes that there may be ongoing liabilities for dispossessed homeowners and says urban property owners should be aware of the possibility that bond repayments may remain due and payable if a residential property is confiscated. He is not placated by assurances that “it would not come to this”. Corrigan is encouraging people to register their objections to the amendment of Section 25 of the Constitution in the window that is still open in the next two weeks. First published in the Daily Friend. – Linda van Tilburg

No, the suburbs are not excluded – and you’re on your own

There is a growing mood of unease and confusion in South Africa, and not for the first time. Not for the first time either, this is about Expropriation without Compensation – the notion that the government intends to accord itself the power to confiscate private property. What’s different this time is that, for a great many people, this is less a generalised concern about what the policy will mean for South Africa as a whole, and more about what the policy will mean for each of them personally.

This is because a particular reality has hit home: EWC is coming to town. Literally. It is going to be an issue for urban property holders.

At least part of this was driven by a tweet from SA Home Loans, which put the matter into perspective: ‘In the event of expropriation, the bond repayments would still remain owing to the mortgage lender. However, we understand that the rights of all parties will be considered in any expropriation processes and have no reason to believe that residential properties will be affected.’

The message is clear enough – if EWC hits you, you’ll still need to pay up your loans. But don’t worry, it won’t come to this.

The sheer hubris of this comment brought on a furious reaction. But, as it turns out, the sentiment is not unique. Nedbank’s Bongani Sibanyoni has said that ‘until there’s further clarity on this process, it is business as usual at Nedbank. Bond repayments, which are the subject of a contractual agreement, remain due and payable.’ In other cases, when put on the spot, financial institutions have been evasive.

As to the objectives of the process, the perception that land reform is all about farming is widespread, even among those who might be expected to know better. Cilna Steyn, Managing Director of SSLR Incorporated, recently told the Roodepoort Record that suburbanites would not be affected by the proposed amendment of Section 25 of the constitution. This was all fear-mongering. ‘Private homes and businesses,’ she said, ‘do not form part of the envisaged land reform. Even though the amendment does not state this, the focus still remains on economically unused farms and similar land.’

Don’t worry, it won’t come to this.

Exactly what she bases her assertions on is unclear, but they are at odds with both established policy and what is evolving. Urban land has always been a component of land reform policy. Rightly so, since some of the most visible abuses of black people’s property rights took place in urban areas – think Sophiatown or District Six.

Since the EWC policy-drive began at the end of 2017, its urban component has repeatedly been emphasised. It is a major, explicit theme in the report of the Presidential Advisory Panel on Land Reform (the word ‘urban’ is used around 200 times). ANC Secretary General Ace Magashule recently referred to the imperative of ‘expropriation of well-located urban land and targeting of derelict buildings’. President Cyril Ramaphosa has made similar calls.

In 2018,  Melanie Verwoerd– former ANC MP, ambassador and now frequent commentator – wrote that in her reading of the party’s position, urban land would be the prime focus of the policy: ‘Although agricultural land is of course important, the ANC documents make it clear that their focus is far more on urban and peri-urban land. Given the high rate of urbanisation the ability to give people title deeds and thus ownership of land in the urban areas is actually the main, albeit not the exclusive, focus.’

So, to appropriate SA Home Loans’ words, there is in fact no reason to believe that residential properties will be excluded.

Some might draw comfort from the idea that, ultimately, this process will target only marginal and low-value properties – the ‘unused farms and similar land’ and ‘derelict buildings’.

That is counterintuitive. If these were indeed targeted, it begs the question why such takings had not been attempted under the existing dispensation, invoking the ‘just and equitable’ doctrine. (Indeed, numerous observers – the president among them – were at one point claiming that a ‘proper’ understanding of the constitution meant that EWC was already possible.) It also sits uncomfortably with the ANC’s recent determination that EWC should be an executive function, with the courts’ role reduced and quarantined.

It is also undercut by the fact that the ANC in the Northern Cape last year released a list of productive farms that it had identified for seizure – as a first step. This was never repudiated.

Seen in that context, it’s hard to understand why urban residential properties would be immune. True, it is at this point unclear precisely which specific properties might be under threat. Perhaps none specifically – for now. But make no mistake, the train of policy currently underway makes every one of them vulnerable. It requires blind faith (and perhaps a fundamental misreading of the state of the country, especially in light of the past decade) not to see this threat – or to dismiss the possibility of its being turned on home- and business owners.

Sadly, there is little indication that the ordinary property owner can count on the support of those who accept his or her business. The financial sector may well not like the idea of EWC – the Banking Association of South Africa (BASA) argued in its submission to parliament that it views a constitutional amendment as unnecessary, and the consequences of EWC as potentially damaging – but with very few exceptions, all indications are that most of that sector will look to its own institutional wellbeing. As we’ve seen, this means that they still intend to collect the loans owed to them, whatever the fate of the property.

In a radio discussion a few days ago, BASA’s Pierre Venter confirmed this. Banks, he said, recognised the problem that ongoing liabilities created for dispossessed homeowners.

For this reason they approached the department a few years ago: ‘Back in 2011 we engaged with the Department of Rural Development on this matter because we reckoned and they recognised that this would result in an undue burden on the property owners. And for that reason they put a policy framework in front of cabinet, which was approved by them, where the state would guarantee the difference between the compensation that a property owner received and the outstanding balance. Unfortunately that has never been carried through in any form of legislation, be it the valuer-general act [Property Valuation Act] or alternatively the various versions of the Expropriation Bill that we’ve seen. And for that reason what we’ve done is we’ve now re-approached the ad hoc committee again to ask it to reconsider on this matter.’

Very revealing. This sounds rather like the emphasis is on ensuring that the loan is paid off – something that is very much in the interests of the bank. Whether the act of compensation-free expropriation bankrupts their clients seems to be very much a secondary consideration.

He then assured everyone that it was really not that much of an issue. Said Venter: ‘But I think everybody looks at it and says that not a hang of a lot is going to change. If you look at our Constitution, its Section 25 has always had a formula which espouses just and equitable compensation, which could be a below-market value, and that value could be anywhere between zero and above-market value. That’s always been in our Constitution, and this latest change is really a suggestion to make explicit what is really implicit.’

Besides, the president had given assurances about the maintenance of food security and the economy (though given our current mess, that latter doesn’t hold much water).

Don’t worry, it won’t come to this. Nothing to see here.

South Africa’s urban property owners – irrespective of colour or class – need to understand the nature of the threat confronting them. And that they are largely on their own. To believe that powerful interests are working on their behalf behind the scenes is fanciful. It is reminiscent of farmers in 2018 who dismissed EWC as impossible, since ‘the banks won’t let it happen’. Very few would now hold this view.

There remains a very narrow window – around two weeks – to register objections to the amendment of Section 25. We urge those who recognise the danger to join us in opposing it, by clicking here. This is likely to be the first step of many, and not one that ordinary people would like to have to take. Yet the future of each of us and of our society may well depend on it.