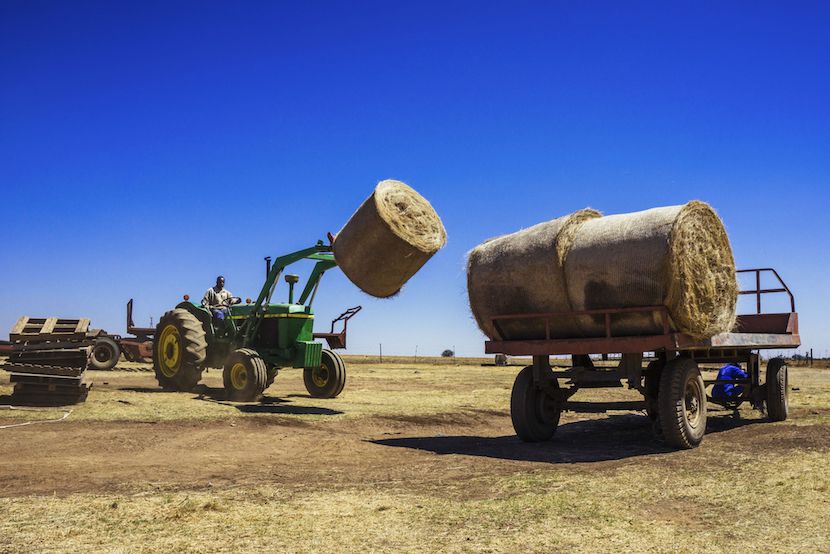 At the beginning of the year, President Ramaphosa addressed the ANC, announcing that passing legislation to allow for land expropriation would be a priority. This has many South Africans concerned for the future of their property and assets. A number of organisations have warned that this decision stave off much needed investment. The IRR is one such organisation, warning of what may be in store. Speaking to editor at large Jackie Cameron, the Institute’s Anthea Jeffrey forewarned of what’s to come. ‘But critically, what we will be signalling to the entire world is that property rights in South Africa are not secure. That’s such a huge no-no to any potential direct investment in the country’. Below, Terence Corrigan gives further insight into the expropriation bill. This article was first published on the Daily Friend. – Jarryd Neves.

Explaining the ‘deeper meanings’ behind events is the stock-in-trade of journalists, academics and analysts. It is the nature of this work not only to describe what is happening in the world, but to explain it – to move from description to understanding.

This thought was brought to mind in a recent piece published in the Daily Maverick. It reported on a discussion between prominent advocate Tembeka Ngcukaitobi and Professor Ruth Hall. Both have a good reputation for their thinking around South Africa’s fractious land politics, something which has become a particular focus of public debate as a result of the demand pushed by the African National Congress (ANC) and Economic Freedom Fighters for expropriation without compensation (EWC).

At immediate issue was the Expropriation Bill. In common with many other commentators, Prof Hall was broadly supportive of it, but raised a number of concerns. The report commented: ‘Hall’s ultimate concern, however, was that without adequate consultation, citizens would think the bill was about empowering the State and not the people. This necessitated a debate about what should trigger an expropriation and how compensation should be determined.’

It is an interpretation worth noting. Since EWC moved to centre-stage in late 2017, it has been presented as a necessary policy change to resuscitate and accelerate the country’s failing land reform efforts. This was imperative for both economic reasons and moral reasons.

Speaking to this in 2018, President Cyril Ramaphosa phrased it thus: ‘Accelerated land reform, undertaken within the framework of the country’s Constitution and in adherence with the law, can be an effective catalyst for greater agricultural production, rural development, employment creation and broader economic growth. Emerging farmers will have the land, security and support they need to establish viable businesses. Poor people in urban areas will have affordable housing in areas that are located near economic opportunities and social amenities.’

EWC – the flagship policy of ‘accelerated land reform’, would in this way be a driver of economic inclusion and development. Without assets, he said, most people would not be able to accumulate wealth and to break out of poverty.

EWC was, in these terms, emphatically about empowering ‘the people’ (or perhaps, as he and his colleagues have phrased it elsewhere, the more limited community of ‘our people’). Enhanced state power over property, by necessary implication, would facilitate this.

From this perspective, there is little to separate the empowerment of the State from that of ‘the people’ (or ‘our people’).

This thinking has an extensive pedigree in the ANC. This was no mere political party; it was a ‘liberation movement’. It was the ‘democratic movement.’ It was not a collective of people built around political ideology or a policy programme (or any other consideration), but rather the authentic soul of the nation. In a 1999 piece in its journal Umrabulo, it declared itself ‘the most important moral voice of the country on almost any question facing the country’.

Demonstrating the reach of this thinking, such claims and the assumptions behind them would from time to time be voiced by commentators and analysts outside the ANC.

Yet the conduct of the party and the government it controls has long given the lie to this claim to morality.  One needs only to think of the extraordinary venality on display during the PPE procurement scandal for evidence of this. This scandal is far from an isolated instance. The state has all too frequently behaved in a matter that has imposed great hardship on ‘the people’.

The policy approach to land reform, meanwhile, has for a decade at least been based on the principle of state empowerment. This has taken the form of retaining land acquired for redistribution purposes in state hands and providing ‘access’ to beneficiaries. Private ownership – in other words, excluding ‘the State’ – is not policy, and in large measure not possible.

This is important. When the original parliamentary debate on the possible amendment of the constitution was held in February 2018, Gugile Nkwinti – former Minister of Rural Development and Land Reform – made it clear that private, titled landholding was not under consideration. Rather, the state would own the land, making it ‘available for our people to work’. Title deeds, he said, would merely result in the land being ‘lost’.

This supposed symmetry of interests between the State and ‘our people’ (Nkwinti’s preferred formulation) is questionable. Prof Hall has written on the ‘capture’ of land reform in the Eastern Cape, where civil servants and elements of large agribusiness have collaborated to monopolise such benefits as are to be extracted. The interests of the nominal land reform beneficiaries were not much in evidence.  In fact, proper leases were not being offered, let alone ownership or any path to ownership. ‘The people’ (or ‘our people’) were excluded from empowerment.

Nor is this confined to small-scale peasant farmers. Over the past two years, the case of David Rakgase came to show just how dogged and determined the State was to keep land in its hands. Rakgase had been farming on state-owned land – originally acquired from the erstwhile Bophuthatswana – but had been trying for close on two decades to purchase the property. He was by all accounts an exemplar of what South Africa needed in its farming economy. Yet the view of the State was that ‘black farming households and communities’ (the phrase used in the government’s court papers) were to lease rather than own the land they were working. Nor was this a mere matter of principle, since Rakgase’s property had been subject to a land seizure; he was unable to secure the removal of these unwelcome guests, and the state response was desultory. The State’s officials, he said, are ‘the reason my farm was invaded in the first place.’

More recently, with much fanfare, the government announced that it would be releasing some 700 000 hectares of state-owned land for farming. (Leased, of course.) Jubilation turned to bewilderment when it emerged that many of the holdings advertised were in fact occupied and being worked productively by black farmers. Rakgase’s farm was reportedly among them. What can conceivably explain this? Perhaps the confluence of official incompetence, indifference, and political pressure to be seen to be ‘doing something’. Whatever it may be, the oversized role the State – or perhaps better said, this State – has in controlling land that millions use or aspire to use gives it a power that is all too often used for ill.

And this is precisely what make the Expropriation Bill a concerning prospect. By its nature it empowers the State. If this were to have any prospect of empowering ‘the people’ (and this would be a risky prospect in the most propitious of circumstances), it would require a state that has their interests at heart and still more, the capability to act on this. The last part is well captured in that great official reference point, the developmental state. Or more modestly, the capable state. Either way, it’s a delusion with the State as it currently exists.

The Expropriation Bill proposes a simple suite of processes for identifying and then taking property. EWC is part of this, but not necessarily the most noteworthy part. Perhaps a greater danger is that the Bill enables the State to proceed in taking properties even where challenges are being mounted. A dispossessed property owner may well face the prospect of fighting the validity of the expropriation or the quantum of compensation offered after the property has been lost.

She also expresses well-founded concern that the State will use these powers to seize the assets of the country’s poorer people. This is less a fear than a certainty. The dysfunction and venality within the State more or less guarantee it. So do the bullying statist impulses that have seen ownership denied to ‘the people’ and the use of ‘access’ as a tool of political patronage and control. Globally, poor people lack the resources and voice to ward off intrusive officialdom.

The Expropriation Bill pushes forward an agenda which – on its own merits and within the context of the governance of contemporary South Africa – threatens the country’s future. It fortifies the powers of a State that has shown itself unreserved about abusing them. This is what it will mean for the country. Those concerned with its future and the prospects of its poorest people should not lose sight of this.