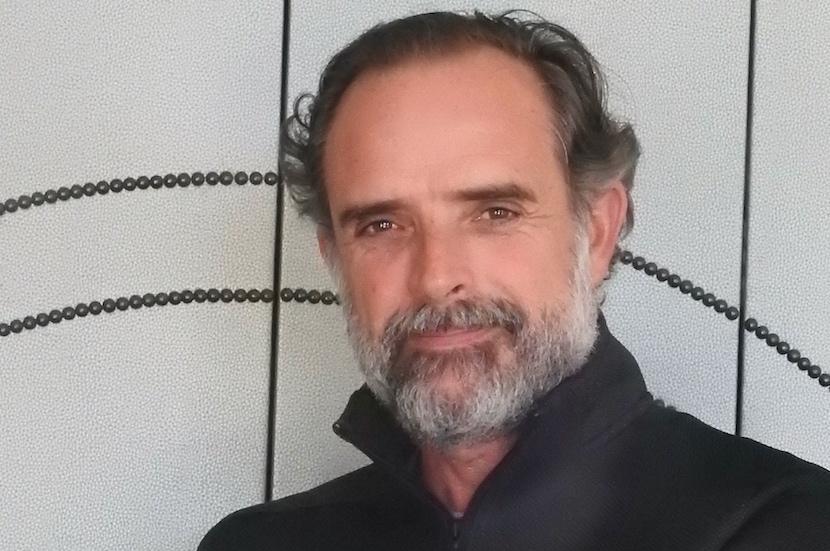 PANDA (Pandemics – data and analysis) has been very outspoken with regards to Covid-19, lockdowns and government’s approach to the virus. Their viewpoints have certainly ruffled a few feathers over the past year, with many speaking out against the think tank.In the past, the group have opposed the lockdown from the get-go, arguing that the lockdown was unnecessary. A recent article published on the Daily Maverick raised myriad eyebrows, with many labelling the piece an attack on the organisation. PANDA published a response to the article here on BizNews, where they defend themselves. ‘When Daily Maverick says that PANDA’s ideas are dangerous, they make a novel argument in favour of limitation of free speech’, writes Nick Hudson. Below, freelance journalist Ivo Vegter weighs in on the matter, describing the article as ’embarrassingly poor’. This article was first published on the Daily Friend. – Jarryd Neves

Weaving a web of supposed connections of which any conspiracy theorist would be proud, Nafeez Ahmed and Rebecca Davis tried to paint anti-lockdown lobby group Panda as part of a shadowy global disinformation campaign.

When you disagree with someone, it is customary to engage with the substance of their ideas. This appears to have been too much effort for Daily Maverick, which published an egregious hit piece on Pandemic Data & Analytics (Panda) penned by star reporter, Rebecca Davis, in collaboration with Nafeez Ahmed.

Davis and Ahmed said ‘A South African private sector research group that has repeatedly lobbied against lockdown denies being associated with a global coalition of pandemic denialists and sceptics, but online evidence suggests otherwise.’

This ‘online evidence’ is laughably weak, however. The article is loosely based on a supposed exposé written by Ahmed for Byline Times, a leftwing rag about which we’ll have more to say in a minute. It attempts to draw links between right-wing politicians and a global Covid-19 disinformation network.

After interpreting connections as flimsy as web links between two sites as evidence of cooperation and coordination, the article attacks the supposedly connected groups as a proxy for its attack on Panda.

For example, we learn that an outfit called Covid-19 Assembly, to which Panda founder Nick Hudson denies having any links, is connected with Patrick Fagan, a former lead psychologist at Cambridge Analytica.

The latter company is rather loosely described as ‘the controversial data-firm exposed for using fake news and disinformation to support the Donald Trump presidential campaign in the US and the Brexit campaign in the UK’.

That is not actually what the firm was exposed for. It was exposed for scraping personal data of millions of Facebook users without either their consent or Facebook’s approval, to be used for political advertising.

The Daily Maverick article doesn’t say exactly what the implied (though entirely non-existent) three degrees of separation between Cambridge Analytica and Panda means for Panda’s credibility.

‘Another disinformation outfit seemingly linked to Panda’ write Ahmed and Davis, is PCRclaims.co.uk, which the article describes as ‘a project claiming to offer legal support for financial claims resulting from PCR (polymerase chain reaction) testing: the primary test being used globally to detect the coronavirus’.

Again, the writers record that Panda denied having any links to this project, but wait, they have a trump card! Right there, in full view of the public, is a link on the PCRclaims.co.uk website that suggests Panda’s web page as a ‘useful site’! Moreover, Hudson once had contact with the group in his personal capacity!

If this seems like ludicrous evidence for an alleged connection, you ain’t seen nothing yet.

Apparently, a link on the PCRclaims.co.uk website points to a video on bitchute.com. Now BitChute is a video hosting site much like YouTube, except without the censorship.

So the Daily Maverick article quotes the Anti-Defamation League’s description of BitChute as ‘a hotbed for violent, conspiratorial and hate-filled video propaganda, and a recruiting ground for extremists’, which includes material ‘calling for the extermination of Jews, glorifying violent beatings by police and anti-government militias, vilifying Black people and demonising immigrants, the LGBTQ+ community and Muslims’.

Let’s follow the reasoning: because one Panda member (of close to 150) once had an interaction with PCRclaims.co.uk, and PCRclaims.co.uk links to a video on BitChute, and entirely unrelated people on BitChute spout hate or conspiracy theories, this taints Panda’s work.

I might as well point out that Daily Maverick has a business page on Facebook. Now, Facebook is responsible for 94% of all the child abuse images reported by US tech firms. It has also been implicated in hate speech and inciting violence, which has become a matter for international concern. Facebook knew about groups organising the January 6 riots in the US Capitol, but did nothing until the damage was done. It ignored internal researchshowing it contributes to political polarisation and extreme views. It has been accused of election interference in the United States and around the world.

In the guilt-by-association Olympics, we can do even better. (A hat-tip goes to Stephen Wilson on Twitter, who had the same idea as I was writing this).

Davis’s co-author, Nafeez Ahmed, is fairly unknown to these shores, but in the UK he operates as a journalist, author, and a university lecturer on international relations.

He has been described as ‘one of the most courageous and interesting investigative reporters of our time,’ ‘an expert on the environment and the war on terror’, ‘a risible individual wedded to half-baked conspiracy-mongering’, and ‘a tour guide to the apocalypse’.

He wrote the original piece that en passant fingered Panda for Byline Times, an offshoot of Byline. Among the shareholders of Byline, you’ll find a fellow by the name of Max Mosley.

In 1961, Mosley published a pamphlet in support of Union Movement candidate Walter Hesketh, for whom he was election agent in a by-election.

The pamphlet states: ‘Protect your health. There is no medical check on immigration. Tuberculosis, VD and other terrible diseases like leprosy are on the increase. Coloured immigration threatens your children’s health.’

It continues: ‘Remember that Mr. Taylor, the Conservative candidate, said you would have to “digest” the coloured immigrants who are here already, and then “digest” some more, and the other candidates are every bit as bad. To stop coloured immigration, VOTE HESKETH.’

And it goes on: ‘If enough people vote for me in this election, the government … will be sending coloured immigrants home, instead of bringing more in.’

It urges voters to ‘let us give the coloured people a fair deal by sending them back to good jobs and good wages at home in Jamaica’.

It states: ‘Published by Max Mosley’ and includes a street address for him.

Despite the byline (if you’ll excuse the pun), Mosley has denied publishing this pamphlet. However, as Daily Maverick so kindly teaches us, denials mean nothing once the ‘link’ has been established. So Max Mosley, shareholder of the publication for which Ahmed wrote, is a racist.

If you recognise the name Mosley, that might be because Max is the son of Oswald Mosley, one-time member of the socialist Fabian Society and leader of the British Union of Fascists in the 1930s.

Oswald Mosley’s first marriage, to Lady Cynthia Curzon in 1920, in the Chapel Royal of St. James’s Palace, was attended by King George V and Queen Mary.

His second marriage in 1936, to Max’s mother, Diana Mitford, was held in an altogether different venue: the private home of Germany’s propaganda minister, Joseph Goebbels. The guest of honour was Adolf Hitler. Yes, that Adolf Hitler.

So, we now have a direct link between the Daily Maverick’s hit piece on Panda, and literally Hitler. (The elder Mosley also got on well with Mahatma Gandhi. Make of that what you will.)

Panda has raised a number of important questions surrounding the unprecedented decision to impose lockdowns in response to the Covid-19 pandemic. I’ve written extensively on these matters, including debunking a previous hit-piece against Panda, and don’t wish to rehash them here.

Although Daily Maverick was able to rustle up some critics of Panda’s various arguments, the group also has many supporters with impeccable credentials in infectious diseases, epidemiology and statistics, including among its impressive scientific advisory panel.

I’ll leave the defence of Panda’s actual positions to Hudson, who had to get BizNews to publish his response after Daily Maverick told him that his denials in the Davis/Ahmed article constituted a sufficient right of reply.

Panda has certainly published information which seems questionable to me. Among them is a report by a physicist with a doubtful reputation, Denis Rancourt, who raised some entirely speculative issues around vaccine safety.

Some of its arguments, such as its insistence that masks are largely useless in curbing the spread of Covid-19, are debatable, in my view. However, in my occasional interactions with Hudson, I have found him to be entirely open to debate and persuasion.

In a recent chat he told me: ‘I never mind being disagreed [with] calmly and civilly, because it’s a way of changing your mind, which is an essential ingredient of knowledge growth.’

Does that sound like the ravings of a lunatic member of a global right-wing conspiracy hell-bent on spreading disinformation?

If Davis wanted to make a case against Panda’s policy positions, she would have done better to elicit a debate between the group’s critics and its highly credentialled scientific advisers.

Instead, she quoted only two hand-picked critics, whom she had to seek abroad, and enlisted a hard-left conspiracy theorist who sees links and connections where there are none, in order to caricature Panda as some crazy right-wing conspiracy outfit.

Throughout the pandemic, Panda highlighted important issues of public policy, most notably that nobody had ever done a cost-benefit analysis on lockdowns. It has pointed out that lockdowns have not correlated well with death rates.

It raised concerns about the reliability of PCR tests as a diagnostic tool, and supported these concerns with references to the academic literature. It pointed out, correctly, that early projections of likely Covid-19 deaths and hospital admissions were way too high, and panicked governments into draconian action.

Panda’s broad arguments were confirmed by one of the country’s top epidemiologists, Dr. Shabir Madhi, who said the epidemiological models on which the lockdown decision was justified were ‘flawed’, ‘back-of-the-envelope calculations’, ‘based on wild assumptions’. Like Panda, he noted that nobody was modelling the collateral damage of the lockdown, and the impact of the economic meltdown on disease and death.

Panda has performed an invaluable public service by raising all these issues, and pressuring the government to release information about the epidemiological models and scientific evidence on which it based its unprecedented restriction of our basic human rights and freedoms.

Instead of engaging Panda in debate, or at least reporting both sides of the arguments in good faith, Davis and Ahmed set out to silence the group by making baseless accusations that it is part of some imagined global conspiracy to spread misinformation.

Their article isn’t journalism. It isn’t speaking truth to power. It is gutter-press defamation in pursuit of a political agenda of silencing those who dare question authoritarian government policy. It’s a disgrace to journalism.