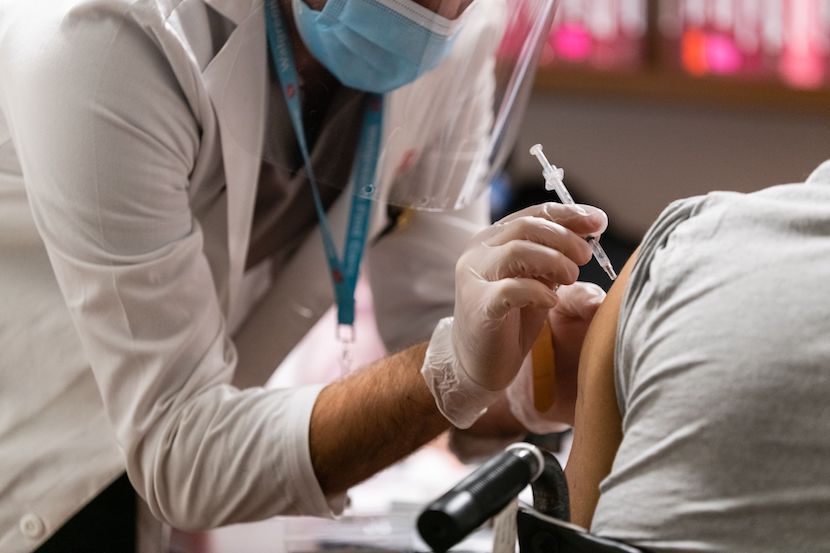 As Covid-19 continues to spread, scientists have discovered a number of mutations. This has caused concern for many, who wonder whether the vaccines will continue to offer efficacy and protection against the current variants and potential mutations in the future. Here, Dr Michael Yeadon and Marc Girardot of PANDA note that ‘The recent downward trends in cases and in hospitalisations across the globe seem to indicate that the virus has probably not mutated in any way that would make it much more dangerous and that a healthy immune system is very capable of dealing with these new forms of the SARS-CoV-2 virus’. Below, the authors detail how Covid-19 immunity works.

How broad is Covid immunity?

Fear of mutations that make their way around antibodies or vaccines is likely misplaced.

As the SARS-CoV-2 epidemic continues across the globe, many genetic modifications have started to appear in the virus. These are being sequenced, analysed and monitored by many scientists. This well-known phenomenon occurs continuously for Influenza as well as for Coronaviruses. Health authorities and mainstream media have been very wary of supposed heightened risk profiles of these new variants. They are also adamant about a potential risk of evasion from immunity, whether that immunity was acquired via infection or vaccination.

Some evolutionary virologists consider that viruses “attenuate” or evolve towards less virulent forms. Some feel that novel pharmaceutical and non-pharmaceutical interventions – or specific circumstances – could possibly disrupt this evolutionary process and favour a more severe variant or threaten acquired immunity.

The recent downward trends in cases and in hospitalizations across the globe seem to indicate that the virus has probably not mutated in any way that would make it much more dangerous and that a healthy immune system is very capable of dealing with these new forms of the SARS-CoV-2 virus. Indeed, patients have been shown to recover naturally in most instances just like they did from the original form of Covid-19. The paucity of confirmed re-infections with the virus, accompanied by clinical symptoms, despite hundreds of millions of infections over the last year, is consistent with a lack of “immune escape”.

Acquired immunity is fundamentally based on the recognition of a large series of three-dimensionally shaped protein markers called “epitopes”. These markers are formed from a virus’s genetic code. When a virus mutates it can stop expressing some of these proteins, and, in principle, trump the immune arsenal specifically targeting these. And indeed, if all immunity against SARS-CoV-2 were based on one or two epitopes, and if those markers were to change, immunity would mechanically be broken.

But SARS-CoV-2 is a large virus with approximately 30,000 RNA bases (10,000 amino acids). Currently, the greatest difference between any ‘mutant variant’ and the original Wuhan sequence is limited to 26 nucleotide mutations. The genomic diversity of SARS-CoV-2 in circulation on different continents is fairly uniform. We know that the mutation rate in SARS-CoV-2 is slower than other RNA viruses because it benefits from a proofreading enzyme which limits potentially lethal copying errors. To date, these mutations have caused changes in less than 0.3% of the entire virus sequence. All variants are therefore currently 99.7% similar to the original Wuhan viral sequence.

To date no robust scientific evidence proves that any of variants identified are more transmissible or deadly than the original. By definition, variants are clinically identical. Once there is a clinical difference then a new “strain” of virus has emerged. Prior knowledge of viral mutation shows they usually evolve to become less deadly and more transmissible. This optimises their chance of spreading, as dead hosts tend not to spread viruses, and very ill hosts have reduced mobility and thus limit contact with others.

Natural immunity to SARS-CoV-2 is gained in the immune system by the body ‘cutting up’ the virus into hundreds of pieces. Multiple pieces are used to develop a suitably diverse immune response to many parts of the virus. Specialised immune cells will launch an immune response if exposed to the same ‘learned’ viral fragment in the future. Prior immunity gained from the original SARS-CoV-2 should work perfectly well against any new ‘mutant variant’, given the 99.7% sequence similarity.

The La Jolla Institute for Immunology recently published a paper which is a tour de force: a comprehensive assessment of the role played by thousands of linear protein epitopes in the SARS-CoV-2 protein sequences in acquired immunity.  Reassuringly, the human immune system uses several hundred of the theoretically possible protein epitopes. Each individual uses a diverse selection of at least 18 epitopes to form their antibody repertoire (humoral immunity) and a different, though overlapping, T cell repertoire targeting at minimum 30-40 epitopes (cellular immunity).

This means that even if there are several changes in the virus’s RNA code and in its protein sequence, the majority of the epitopes will be unchanged. There is therefore no possibility that the human immune system will be fooled into regarding the variants as a new pathogen. Furthermore, even if a variant were to bypass some of the immune repertoire of an individual, this would be of no consequence for a population, due to the diversity of repertoires. The authors themselves conclude: “This analysis should allay concerns over the potential for SARS-CoV-2 to escape T cell recognition by mutation of a few key viral epitopes”.

mRNA vaccines currently used for vaccination—Pfizer-BioNTech or Moderna—present the immune system with a large repertoire of targets, if not quite as large as a natural immune response. This is even more true of more traditional vaccines—Russia’s Sputnik and China’s Sinovac—which present an even wider repertoire. Given the breadth of immunization and the relative independence of these immune responses, we believe that both humoral and cellular immunities will remain effective, even if one or several key immunological targets are erased.

Multiple confirming data points and experiments solidify this already robust scientific foundation: The prevalence of pre-existing immunity to SARS-CoV2 found in multiple studies (Study) (Study) (Study) further validates our thinking, both for humoral immunity (Study) (Study) and cellular immunity.  Many seem to have benefitted from a form of immunity even though they had never met the actual virus, nor been vaccinated. These have gained their immunity from past epidemics and make up the large contingent of asymptomatics. The Tübingen University Hospital near Stuttgart, Germany, found as much as 81% of its samples were carrying pre-existing specific T cells.  Most likely, past common cold coronaviruses have – in effect – played an immunization role against SARS-CoV-2.  The same immunological mechanism has been proven to exist for influenza also.

Some are advocating the vaccination of people who have recovered from Covid-19. Natural immunization being the ultimate form of vaccination, we see absolutely no scientific nor medical justification for such a procedure. Even past infections by other forms of common cold coronaviruses have been found to protect from SARS-CoV-2. Injecting a vaccine should never be considered a trivial event. The decision should be based on a well thought out risk-benefit analysis. There is absolutely no patient benefit in vaccinating an immune person, only risks and possible unnecessary downsides such as fever.

The evidence above supports that immunity evasion – though a theoretical possibility – is very unlikely. Mutant variants, emerging overseas or domestically, are an inevitable biological reality once a virus is in the population. Closing international borders will not stop new mutations of the SARS-CoV-2 virus circulating in the population. It is a futile endeavour with no scientific basis.

Furthermore, immunity evasion may not be the most pressing issue with regards to Covid-19 and vaccine effectiveness. Could vaccines be partly ineffective for other reasons?  Indeed, vaccines are different from drugs in that their mode of action is indirect. Vaccines rely entirely on a functional immune system. However, those suffering from severe forms of Covid-19 have predominantly been shown to be either very old and/or very sick with a weakened immune system. A recent survey from Yale University highlighted that blood samples taken from severe Covid-19 patients were lacking dendritic cells – a fundamental trigger of immune response – by a factor between 2 and 4.

A deficiency in these signaling cells would thus significantly delay the immune response, giving the virus the opportunity to replicate exponentially, and present the immune system with a radically different context: a propagated virus and inflammation disseminated throughout the body. A vaccine’s mode of action would be subject to the same delay.  Although vaccines could be helpful for patients with mildly deficient immune systems, they would most likely not save very old patients with advanced immune senescence. Thus overconfidence in vaccine effectiveness for the very old could be a major risk, and mitigation treatments and immune boosting strategies should instead be contemplated.