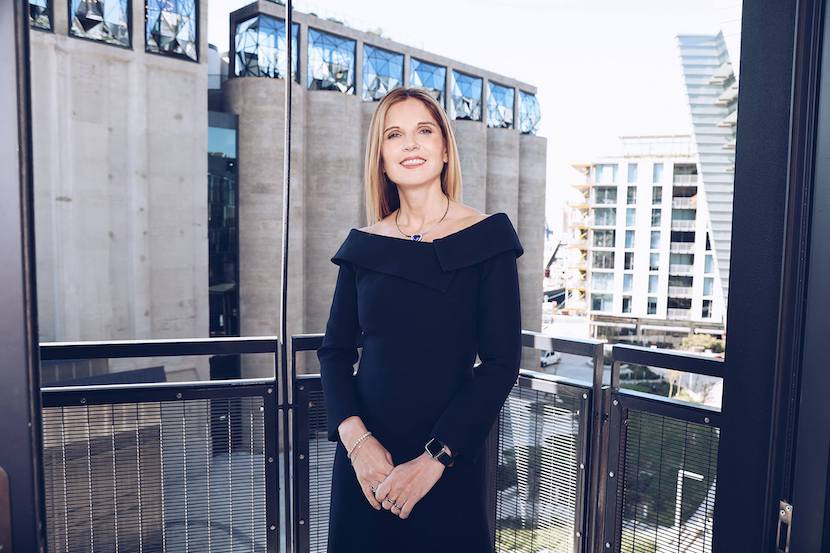 Former Sygnia CEO Magda Wierzycka is in the media spotlight again, this time as a victim of state spying activities. In this interview with Alec Hogg, Wierzycka says the harassment included her phone being tapped and people following her, with the Sygnia founder eventually hiring bodyguards. She also shares her views on vaccines and why South Africa has reached herd immunity.

Magda Wierzycka on being a victim of state spying:

When I became a very active critic of what was happening – not only of Jacob Zuma but also of the corruption that was happening in South Africa – I always said the corruption in South Africa was actually driven by global giant multinational companies, like McKinsey which paid bribes. Much of my knowledge came from Gupta leaks and my awareness of Gupta leaks. I became a target – and I wasn’t alone.

Let me just be clear. I wasn’t alone in this. I became a target for state surveillance. Those were quite stressful times because I had to get bodyguards for myself. Everywhere I went, I went with bodyguards. My children – until they went to study in the US – had bodyguards at all times. I was followed and on many occasions you could see them following us.

I remember one incident when my bodyguards became aware of us being followed from Cape Town Airport back to town central. I was driving back to Sygnia’s offices. In order to determine whether we were being followed, they started driving incredibly quickly, kind of zigzagging between cars, and there was a car that followed us, zigzagging between the other vehicles. I was sitting in the back a little bit petrified.

On her strategy against the surveillance:

What I did as a stategy – and you might laugh – but I ramped up my public profile because I thought it’s so much more difficult to kill someone who has a name than it is to kill a nobody. In fact, that’s the approach I’ve also taken to some of the whistleblowers I’ve dealt with. Bianca Goodson – the Trillian whistleblower – my involvement there was, this poor woman who took enormous risks for South Africa had absolutely no protection and she was going to be exposed in an article with no protection. I’m not going to mention the publication, but she was petrified.

What I did is I phoned a radio station and I said Bianca Goodson is the hero of South Africa because I wanted to give her a name in order to offer her protection. So, I ramped up my public profile. I have to say that the cell phone tapping was hilarious because you could hear the click. Every single time I made a phone call or a phone call came through, there was a click on the line and then the line would start correctly, so you knew that they were listening.

I didn’t know that they were triangulating our movements using cell phones. Then the most annoying thing was, I do travel internationally a lot. At customs at Cape Town Airport, there were two ladies who were clearly not customs – they were state security – and they were there to harass me. Every single time they would know that I was at Cape Town Airport [and] I would be stopped. They obviously had orders to keep me for an hour because they kept looking at their watches and they would take everything out of my suitcase. They made it a point to hold up my underwear… everything out of my suitcase. These orders were only rescinded recently.

On why all of this happened:

I was involved in the Gupta Leaks release, so I probably was not the most popular person as far as the old regime was concerned. I was involved with whistleblowers and helping whistleblowers. I became a very vocal critic and again, that was part of a strategy to protect my safety and to become much more high profile. I became a critic of the regime and the corruption. What I expected was that maybe other people speak out, not activists – because activists were speaking out – but other business leaders. Unfortunately, that didn’t happen. I became the lone voice of business, speaking out against corruption, but the origins of it was self-protection.

On the suspension of the Johnson & Johnson vaccine:

I think we getting into the realms of politicians not being willing to say that they haven’t procured vaccines. I really had to laugh when the European Union said that they are pausing the use of the AstraZeneca vaccine pending further studies, because they had no access to any AstraZeneca vaccines. You need to be able to distinguish between the truth and to what is said by politicians because they want to be re-elected.

These are the conversations that are currently happening, so it’s not my conspiracy theory. South Africa is not unique in having stuffed up its vaccine procurement process. Very few countries – UK being one of them, the US another, Canada, perhaps – had the foresight to prepay for vaccines which didn’t exist a year ago.We must always remember that all these vaccines are super brand new.

A handful of governments worldwide had the foresight to pre-fund trials of brand new vaccines and pre-order. [The] majority of countries in the world – including the whole of Europe – did not pre-order. And now, what we are hitting is manufacturing bottlenecks. We’ve got eight billion people on the planet. How on earth can we ramp up manufacturing of the Covid-19 vaccine to the level of – if it’s going to be an annual shot, let’s assume – you need 60 to 70%. But even four or five billion doses of the vaccine – we just don’t have the manufacturing capabilities across all these vaccines.

When you look at South Africa – even in March last year – when we locked down the country, it was obvious to everybody that people living in townships had no way of self-isolating or social distancing. The reality of the lockdown in South Africa – when it was put in place – is that it mostly affected middle and upper classes (which is a very small percentage of our population).

People in townships went about their daily business of trying to live, stay alive, and make a living. I only have to think about elderly ladies queuing for social grants for two nights, not social distancing while they were queuing, to know that there was no social distancing. If the virus was spreading, it was spreading. We know that a lot of the infections in South Africa is symptomatic.

It happened from March last year and now – from what I read, it’s not firsthand knowledge – apparently, in terms of antibodies, when blood donors in blood donation centres and also HIV clinics, when blood is tested for antibodies, we are showing between 50 to 60% of people having antibodies against Covid. The usual percentage for herd immunity is 60 to 70%. If we are hitting the 50% mark, we are as close to herd immunity as possible. And frankly, antibodies created by having had the disease versus a vaccine are exactly the same thing.