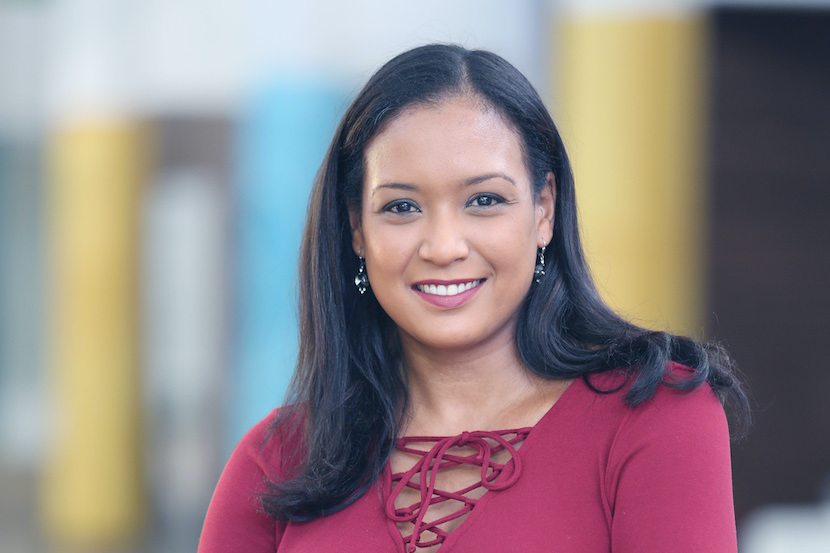 “I admire your single-minded courage to speak up for the truth and the law, even when this was clearly at considerable cost to you and your family,” wrote Eskom CEO Andre de Ruyter to former Trillian Management Consulting CEO Bianca Goodson. After speaking out against corruption, Goodson had her entire life turned upside down. From battles with her mental health and personal security to issues in obtaining employment, the former Trillian CEO told the BizNews Power Hour about the other side of the whistleblower coin. – Jarryd Neves

Bianca Goodson on what makes a whistleblower:

[In a book about whistleblowers, Mandy Weiner], in her conclusion, tries to figure out if there’s a whistleblower recipe. She came across some interesting common threads between whistleblowers. She interviewed about nine people, so the sample size is not huge. But one of the things she found is that all whistleblowers seem to have a very strong mother figure in their lives.

It’s not necessarily just women [who are whistleblowers] because in her book there are quite a few males who have ‘blown the whistle’. One of the things that all whistleblowers that she interviewed actually had in common is something that surprised me – everyone had experienced some form of trauma earlier on in their lives. I think that makes people maybe feel a little bit more fearless in making these big decisions. It could be things like that. But I’m guessing – I’m not a psychologist.

On the effects of being a whistleblower:

I’ve got an amazing network of people. There’s a lot of big wigs – chairs of boards – of huge financial institutions that give us a lot of commendation but when you forward your CV through, you just don’t hear anything. Let me give you an example – and I’m not throwing a stone at anybody. I wrote that infamous letter in October last year to Andre de Ruyter. He replied to my email and to that reply I said, “look, here’s my CV. I come from the mining industry, so I understand large capital investments of large engineering infrastructure. I think I would be a good match in Eskom because I understand the environment so well”.

A week later, I get a reply from the group executive of HR at Eskom saying it’s with regret that they don’t have any positions that match my skills. I don’t think that’s a cop out. I think it’s maybe true, but that’s the kind of response that you get. It’s unfortunate. We all read that letter – Andre de Ruyter’s response to me. Maybe it’s just a bad time to be looking for a job.

I got to know quite a lot of people at Trillian, although I was only there for three months. But during that tenure, I brought on my COO and there were one or two other consultants that I think also on-boarded, that didn’t come from Regiments. I got to know these people quite well and some of them stayed for like a year after. I don’t understand why they did, especially with what was coming out in the media. What was coming out in the media – in the public domain – was enough to make me very concerned, also coupled with the actions and the behaviour that I saw within the organisation.

In February 2016, you must remember there was that article about Mr van Rooyen’s special advisors – Mohamed Bobat and Ian Whitley. I had met Mohamed Bobat because he interviewed me. He was supposed to have my job. My relationship was a little bit different from Mosilo’s because I didn’t come from Regiments – I came from Anglo American and I was headhunted. I remember sitting with my COO and Clive Angel, asking Clive, “what is this? Aren’t you concerned?” One of my friends at Anglo American was head of communications. If something like this came up at Anglo American, there would be a flurry of damage control because you don’t want that negative connotation with your brand.

Clive was so chilled. He would say, “Bianca, these people just know that they don’t have the connections that we have. It’s just a news cycle. Don’t worry, it’ll be over in two weeks”. For somebody who is not exposed to things like this, you think to yourself, maybe there’s some truth in it. Maybe there isn’t – but it feels a bit uncomfortable. You’re not going to resign because of one article that comes out in the paper. By the time that Mosilo and I had left, in my opinion, there was enough writing on the wall. I’m so grateful I left when I did.

On how this affected her life:

I got conflicting stories, and that’s the thing about State Capture back then – nobody really knew how bad it was. I think everybody had suspicions. We know now because of the Zondo Commission and [the] stuff journalists have done, but at that time, it was like Pandora’s Box was just starting to open. Nobody really knew.

Peter Harris was one of the attorneys who was helping me prepare for my evidence that I gave to the Public Protector. I’m sitting there with my husband in his office and he says to my husband, “I think we have to get a safe house”. You never think that your home is not safe. You always feel so safe in your home. We drove back from that consultation and I was in tears thinking, “If I don’t feel safe at home, where would I go?” I’m not going to pack up, take my daughter out of school and go to a safe house. I didn’t put my hand up for that. You had to go through these processes, mentally having to prepare yourself that this could happen.

On the other hand, I had someone like David Lewis – he’s a really respected individual – who said, “If you really want to be safe, you’ve got to make all this stuff public”. I was so scared because what had happened to Mosilo was also front and centre. It was one of the most hopeless feelings in the most hopeless of years ever.